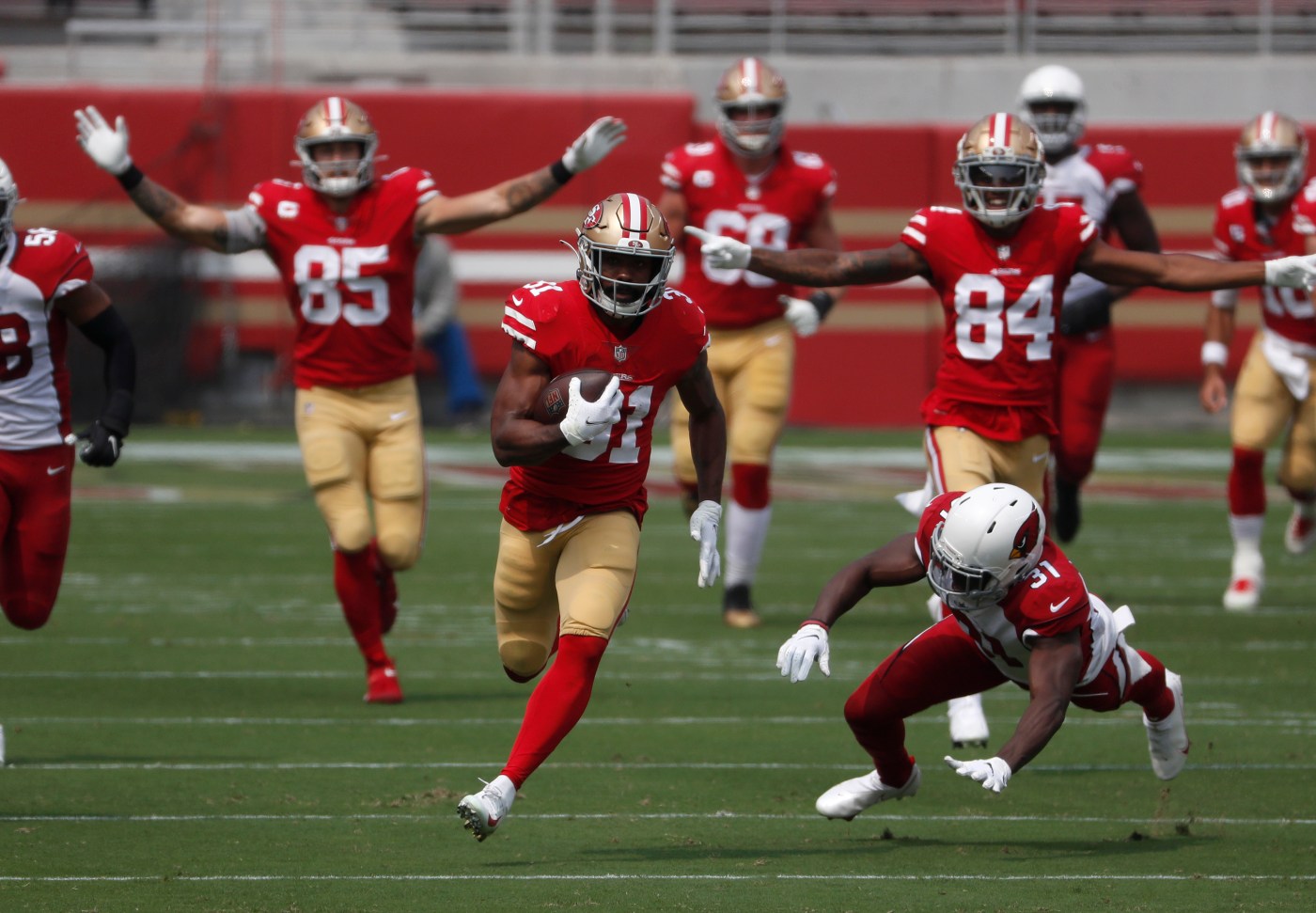 The 49ers didn’t enter this weekend’s draft desperate for starters, not after injuries drove them to a 6-10 season.

Their offensive and defensive lineups look set, with room for adjustments, especially at quarterback, where they’ve added No. 3 pick Trey Lance to initially learn behind Jimmy Garoppolo.

Friday night’s selections of guard Aaron Banks (second round), running back Trey Sermon (third round) and cornerback Ambry Thomas (third round) fill out what could be the 49ers’ postseason dance card. Today’s final push allows for three picks in the fifth round and one in the sixth.

Here is a projection at the starting lineups:

Garoppolo is healthy, participating in the offseason program in business-like fashion, and off the trade market as the 49ers develop Lance, who likely won’t be rushed into the Week 1 lineup despite costing them first-round picks in 2021, ’22 and ’23.

If Mostert becomes their first 1,000-yard back since Frank Gore’s 2014 finale, it will be quite a feat now that second-round pick Trey Sermon has been added to the mix with Jeff Wilson Jr., 2020 Giants’ leading rusher Wayne Gallman and second-year back JaMycal Hasty.

The perennial Pro Bowler didn’t flee in free agency, much to the delight of offensive coordinator Mike McDaniel.

He sets the tone with his physicality and versatility, and, in 2020, his durability issues.

He had one of the best rookie seasons in 49ers history and could emerge as a No. 1 receiver, but the 49ers bigger dilemma is finding a No. 3 out of Travis Benjamin, Richie James Jr., Trent Sherfield, River Cracraft, Mohamed Sanu, Jalen Hurd, Kevin White, Jauan Jennings, Travis Benjamin, Matt Cole and Austin Proehl.

He’s turned his new Nashville barn into a workout mecca for NFL friends, including teammate and potential No. 2 tight end Charlie Woerner in his second season.

Retaining him with the richest contract ever for an offensive tackle should be worth it, or else.

Sure, he could plug in at right guard but he was an All-American in this spot, which would make Laken Tomlinson and his $4.5 million salary expendable.

No matter who is at quarterback, they’ll benefit having this veteran snapping the ball and making calls for fellow linemen in a scheme he’s played in with the Browns and the Falcons.

He’s stymied Aaron Donald. He’s versatile. And he would have been the starting center if Mack had not signed, Kyle Shanahan said. If Tomlinson stays, then Banks is in this spot.

The 49ers still very much adore their 2018 top pick despite last season’s pass protection woes, and his 2022 option will be exercised at about $10 million unless an extension is upcoming.

He looks raring to return from last season’s anterior cruciate ligament tear, and he’s currently vacationing at a tropical oasis with his social-media savvy girlfriend.

He’s been working out at the facility ahead of his sophomore season, …read more