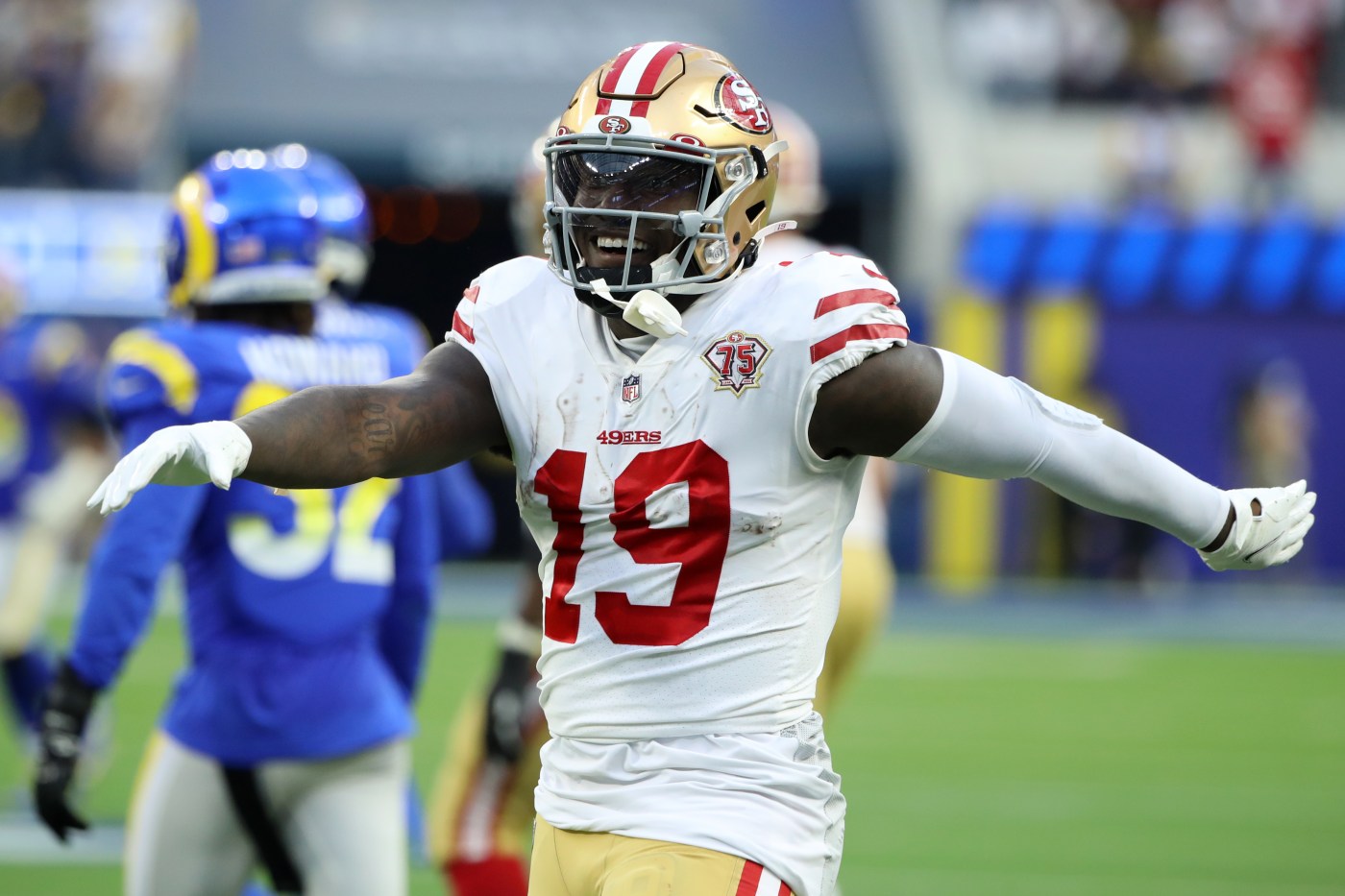 That was a wild game.

The 49ers erased a 17-0 deficit with physical play, had a chance to take a late lead, then self-combusted on a poor pass from Jimmy Garoppolo and a long go-ahead drive by the Rams authored mostly by Cooper Kupp.

And then Garoppolo and his receivers authored a last-minute drive to force overtime. Then, they did it again to score in the extra period before an Ambry Thomas interception sealed the 49ers’ sixth consecutive win over the Rams and a trip to Dallas next week.

Here are the top performers from the 49ers’ playoff-clinching win.

Shut down the Rams’ opening drive with a sack of Matt Stafford that forced a field goal attempt. Then combined with Nick Bosa for a third-down sack on the Rams’ final first-half possession. Came back for one last sack on the final play of regulation.

The Rams rushed 15 times in the first half for 14 yards as the 49ers’ defensive line and linebackers swallowed up Sony Michel and Cam Akers. Unfortunately for the Niners, Los Angeles was also allowed to pass the football in the first half.

Time and time again, Elijah Mitchell picked up extra yardage after contact. Deebo Samuel and JaMychal Hasty followed his lead, but it was Mitchell who forced the issue, breaking tackles and falling forward to drag the 49ers into the game and wear down the Rams defense.

There was plenty of red in the stands at SoFi Stadium, which is nothing new for 49ers games in Southern California. But with the Rams playing for a chance at the division crown, the Faithful still made its presence felt, albeit in a deflating loss.

Samuel did it all for the 49ers. He rushed for a touchdown, threw another to Jauan Jennings, then caught a deep out and ran it for a 55-yard gain to give the Niners one last gasp. He added the first productive play of overtime to get the 49ers started in the right direction for a scoring drive.

Aiyuk helped the 49ers offense get going on the late first-half drive with catches of 19 and 26 yards, then found himself wide open down the left sideline for a 31-yard pass on the opening drive of the second half.

He had two touchdown catches but more impressive was his 34-yard catch and run in overtime that converted a third down and moved the 49ers into scoring range.

A fourth-quarter sack alongside Key gave the ball back to the Niners, but Warner was flying around the field all day. He registered eight tackles of Rams ballcarriers throughout the game and was a major figure in the push to stuff the run. Plus, he won the overtime coin toss.

Thomas was maligned all year for his inability to play the ball. In the end, he found the ball in the air on Stafford’s last pass attempt to Odell Beckham Jr., ending the game with an interception.

After punter Mitch Wishnowsky went out with a head …read more