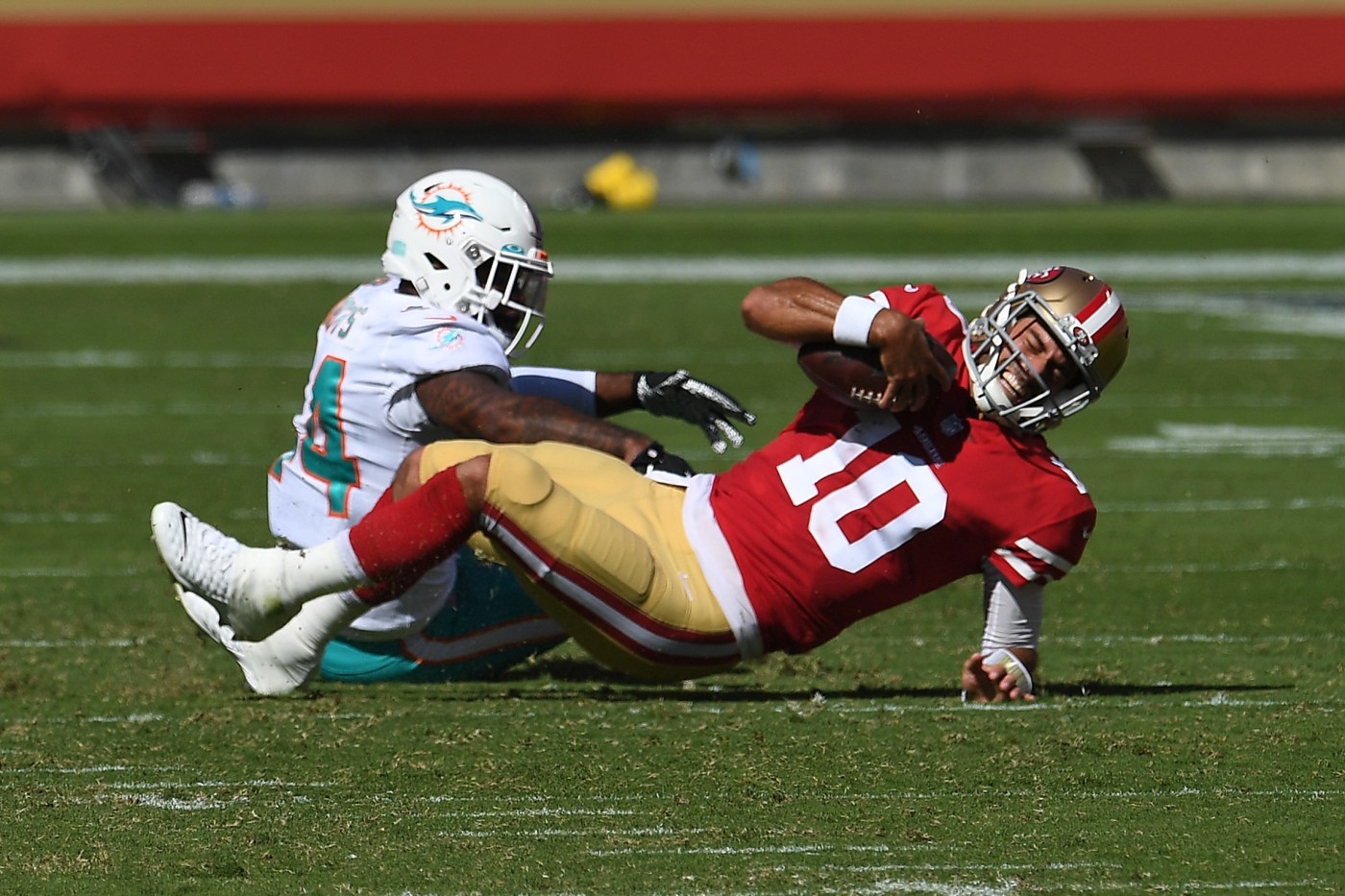 Two extra teams made this season’s playoffs, and that still wasn’t enough runway for the defending NFC champion 49ers to land there.

“I hope it grinds guys the wrong way, that we’re not in that position, because it (stinks),” tight end George Kittle said. “You got close last year, and you’re not even close this year. It’s not fun.”

Instead of a Super Bowl return, the 49ers’ 6-10, last-place record was a byproduct of injuries, turnovers, poor execution and a record number of player transactions, complicated by COVID-19 cases and Santa Clara County’s health orders that induced a month-long stay in Arizona.

General manager John Lynch and coach Kyle Shanahan could face radical changes to their staffs since arriving in 2017, such as if defensive coordinator Robert Saleh lands a head-coaching job or Lynch loses right-hand men Adam Peters or Martin Mayhew

Quarterback, of course, is always a top priority to lock down, and even though Jimmy Garoppolo has drawn repeated assurances from team brass that he’s their 2021 quarterback, Shanahan acknowledged he’ll be studying potential newcomers more than ever. That’s true at least because the 49ers may need new backups, as Nick Mullens is recovering from elbow surgery and C.J. Beathard is a free agent.

The quarterback question will linger until the 49ers snap their 26-year Super Bowl drought, so let’s instead examine five other offseason priorities:

The 49ers allowed a NFL-high 88 hits to their quarterbacks, two of which resulted in seriously damaging injuries to Garoppolo (Week 2 ankle) and Mullens (Week 15 elbow). That duo, plus Beathard, endured 39 sacks. Mullens’ was under pressure a NFL-high 30.8-percent of the time.

Alex Smith was featured on ‘60 Minutes.’ Here’s what he had to say

Another way to explain why the 49ers need better blocking: their rushing attack went from No. 2 last season to No. 15 this year, finishing just below the NFL average of 118.9 yards per game.

Re-signing left tackle Trent Williams seems like a unanimous move, at what could be a top-shelf price cresting $20 million annually. That is steep for someone who’ll be 33, but he looked fresh after his 2019 hiatus and reclaimed Pro Bowl honors.

Strengthening the rest of the line is a must, and it would help not to again go through six centers like this season. Right tackle Mike McGlinchey took ownership of his pass-protection woes, though he blamed them more on technique than a need to improve his power.

More must be done to get this offense running smoother, which could translate to play calls and quicker calculations by Garoppolo, presuming he’s not replaced by a spry, younger option.

It would be predictable and perhaps wise if the 49ers’ brass used their top pick (No. 12 overall) on a defensive linemen for the sixty time in seven drafts.

The best-case scenario is Nick Bosa charges back to full health after his Week 2 ACL tear, coupled with Dee Ford’s unexpected reprise from a back issue. The 49ers were in a lurch once they were lost, along with Solomon Thomas, five quarters into the season.

So what other players can …read more