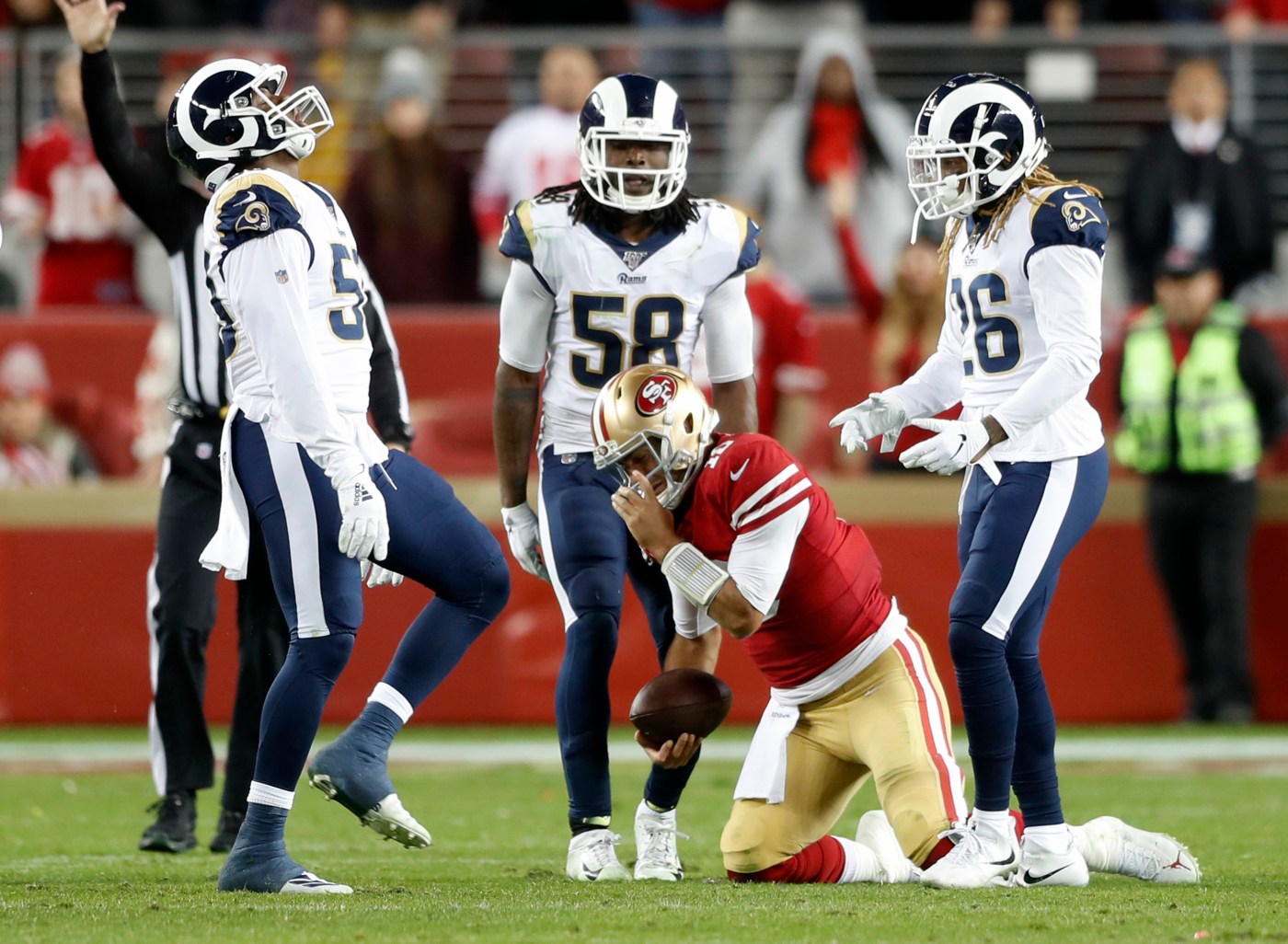 The warning signs of a Super Bowl hangover are growing by the week, along with the number in the 49ers’ loss column:

— The star quarterback may not be such a star.

— Moves by the young, hot-shot coach are more circumspect.

— Running back knee injuries are, well, not good.

Why, that also sounds like the 49ers’ immediate predecessors, the 2019 Los Angeles Rams, who missed the playoffs after losing in the prior season’s Super Bowl.

“Five games is a really small inventory to write the narrative,” McVay said on a conference call with Bay Area media.

“I know these guys will be ready to go. I know what great coaches, what great players they have, so I think there’s a lot of football left to be played for both teams.”

Who’s around to play out that string – or that comeback streak – for the 49ers? Injuries have derailed them from the start, and no team – the Rams, included — has ever had to rebound from a Super Bowl loss while navigating crisis after crisis amid a pandemic.

Here are five issues the 49ers are workshopping and how the 2019 Rams relate:

For Jimmy Garoppolo to restore his reputation as a savvy winner, he will have to play (and win) through a high-ankle sprain, something he was unable to do at first try last Sunday. He got benched by halftime of a 43-17 loss to the Miami Dolphins.

It wasn’t that Garoppolo looked like a sitting duck in the pocket as much as he lacked zip and accuracy, amid an insecure pocket. Those are his trademarks: quick passes on the money, preferably over the middle to George Kittle or an elusive wide receiver for yards after the catch.

Jumping off the Garoppolo bandwagon so soon is a dicey call. A year ago, the Rams opened 3-2 while Jared Goff had seven touchdown passes and seven interceptions; this year, he has eight TDs, three interceptions and four straight games with a passer rating over 100.

Coach Kyle Shanahan acknowledged that high-ankle sprains can linger all season. If Garoppolo can balance the pain while moving the offense down field, that is the 49ers’ best and perhaps only shot at quarterback success.

Offensive players have expressed surprise at defensive schemes. Right tackle Mike McGlinchey called them “wild looks.” Has Shanahan lost the element-of-surprise and yielded it to his opponents?

Although Dolphins coach Brian Flores remarked how Shanahan’s misdirection- and motion-oriented strategies also come with a touch of gimmicks, creative calls have been few and far between this season, aside from the occasional gem such as Kyle Jusczczyk’s touchdown on a fullback dive last Sunday.

Shanahan has thrived when matching wits against McVay, who was groomed in the Shanahan scheme when they were Washington in 2010-13.