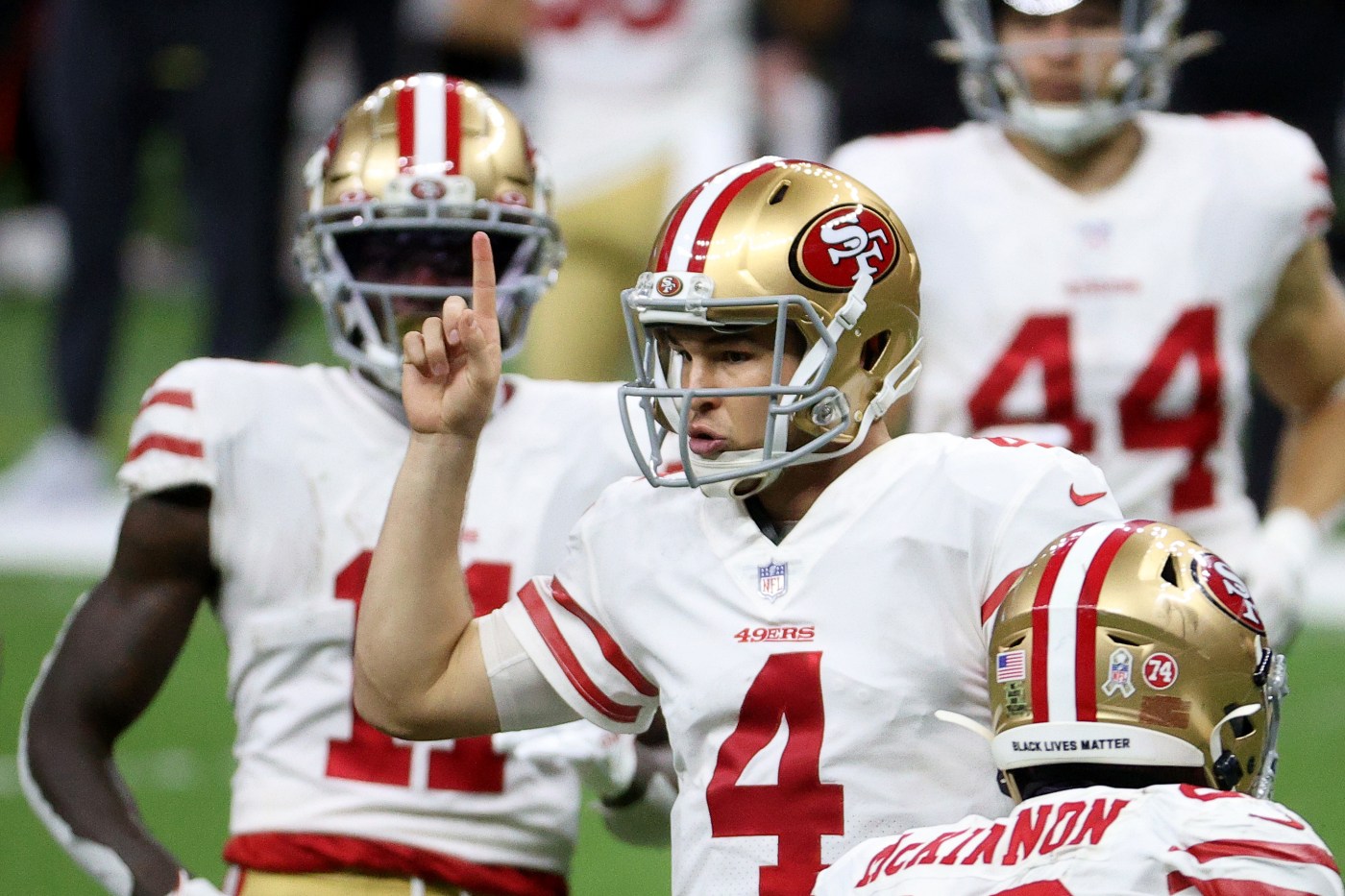 With many of the team’s top players including quarterback Jimmy Garoppolo sidelined due to injury, the San Francisco 49ers have been tough to watch over the last few weeks.

Until Sunday’s 27-13 loss to the Saints at the Superdome in New Orleans, no one had the chance to see them in person anyway.

Fans were not allowed at any of the 49ers’ first nine games this season, but the Saints welcomed a maximum of 6,000 fans Sunday into the stadium built to accommodate nearly 75,000. A number of the people in attendance were 49ers fans, including some who traveled from Northern California including Sacramento resident Kevin Halfhill to watch their favorite team take the field.

“The experience in NOLA this weekend is like our roster this year: Empty, leaving me wanting more, and operating at about 10 percent of what it was last year,” Halfhill said.

49ers fans currently have two more chances to see the team play in person this season as the Dallas Cowboys and Arizona Cardinals are also welcoming a limited number of fans to their stadiums. San Francisco plays at Cowboys Stadium on Sunday Night Football on Dec. 20 and at State Farm Stadium in Glendale, Ariz. on Dec. 27.

The scene in Dallas has looked quite different than the more controlled environment in New Orleans: The Cowboys announced an attendance of 31,700 for their most recent home game against the Pittsburgh Steelers.

The Cardinals are actually welcoming fewer fans than the Saints, as 4,200 fans were in attendance to see Sunday’s last-second win over the Bills that featured a successful Hail Mary pass from Kyler Murray to DeAndre Hopkins.

Colorado high school football semifinals: Scouting the penultimate games in Class 5A, 4A and 3A

As the coronavirus continues to spread across the nation, it’s possible those attendance policies could change in the next month. Texas and Arizona are both seeing significant spikes in cases, but they’ve both shown they’d largely prefer to avoid restrictions in the pandemic.

Neither the state of Texas nor the state of Arizona has travel restrictions requiring mandatory quarantine periods for visitors from out of state, but California Gov. Gavin Newsom issued a travel advisory on Friday asking people who are returning to the state to quarantine for 14 days and asking residents not to travel outside the state for the holidays.

Newsom’s advisory for California is not mandatory.

After Newsom announced new guidelines on Oct. 20 that allowed fans in counties with less coronavirus restrictions to attend professional sporting events in stadiums with reduced capacities, the 49ers were hopeful that they would be among the NFL teams that could host fans at games this year.

49ers fans thrilled to finally see their team in person, even in ugly loss

What the 49ers are saying …read more