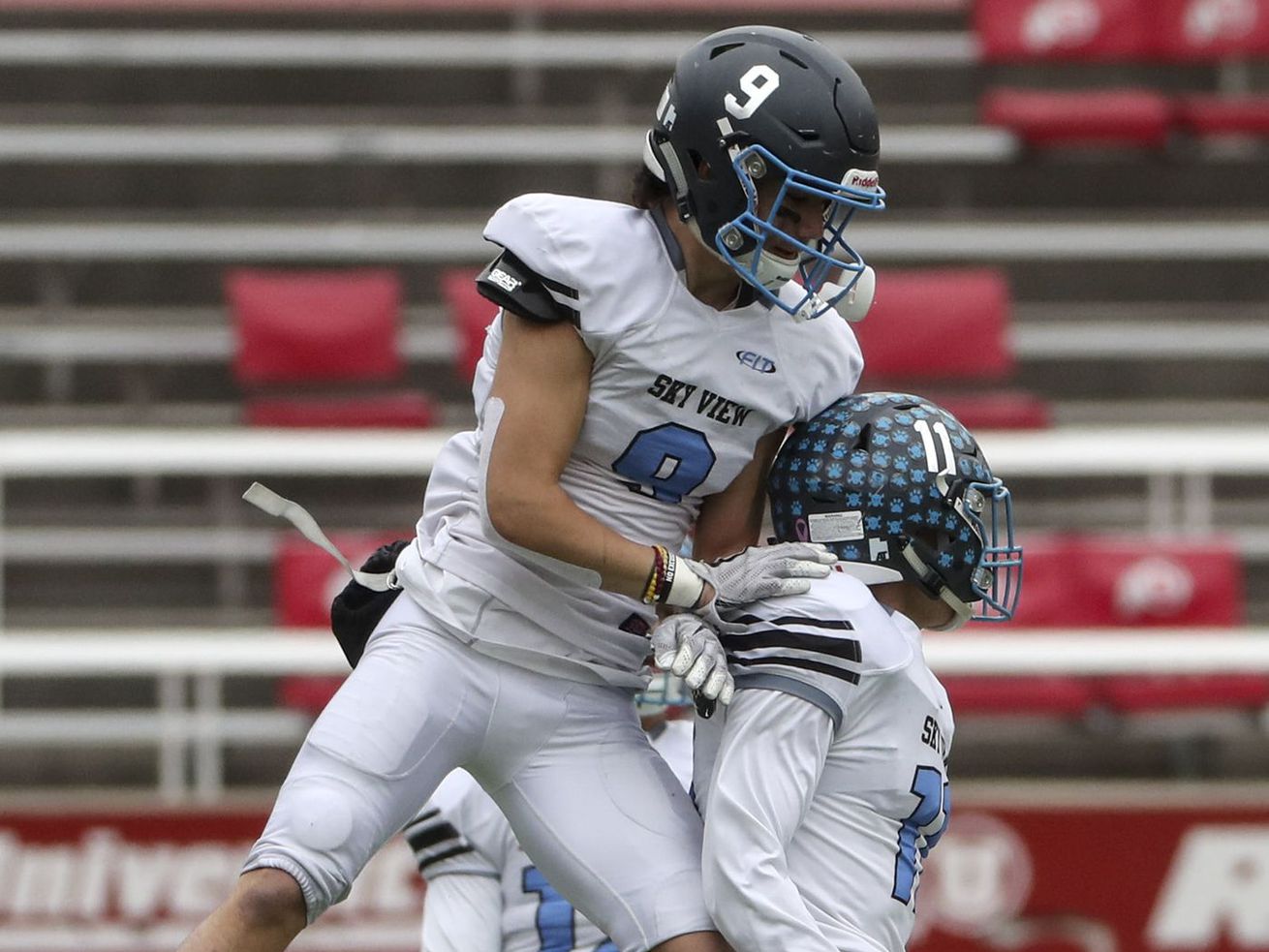 FILE: Action in the 4A state championship football game between Sky View and Park City at Rice-Eccles Stadium in Salt Lake City on Friday, Nov. 22, 2019. The Bobcats have started the 2020 season the same way they ended the last one — winning. Sky View is one of three remaining undefeated teams in 4A, thanks to an impressive 4-0 slate. | Steve Griffin, Deseret News

The Bobcats’ dominance gets even more impressive the further back you go, too. Including the 2018 season, Sky View has won 27 of its last 29 games. Go back to 2017 and that number is 38 wins in their last 41 tries.

The Bobcats have simply been a powerhouse in recent years and that hasn’t changed much at all this season.

At 4-0, with wins over Stansbury, Bonneville, Highland (Idaho) and, most recently, Madison (Idaho), Sky View is one of only three remaining unbeaten teams in the 4A classification.

The latest win, a 54-13 triumph (box score) over the Bobcats of Madison, wasn’t perfect by any means, per Sky View head coach Chris Howell. At least not by recent Sky View standards.

Howell singled out a “mediocre” second quarter, particularly on defense, though the Bobcats’ offense lacked efficiency as well.

“We had a very mediocre second quarter,” Howell said. ‘We gave up some yards between the 20s, but we stiffened up in the red zone and were able to get three interceptions, one an unbelievable catch by Evan Hall.”

Pac-12 football aiming for the season to start on Halloween, but hurdles remain (especially in the Bay Area)

When the Bobcats turned it around, as they inevitably did, they cruised to yet another convincing victory, powered by standout performances from running back Walter Collins (who rushed for two 3rd quarter touchdowns, including a 53-yarder) and Truman Moser (who rushed for a 44-yard score).

And they continued to look the part of defending state champs.

Contenders to Sky View’s crown have begun to emerge, however, chief among them being Snow Canyon in Region 9, Stansbury in Region 10 and Ridgeline in Region 11.

All three teams were victorious Friday night, and impressive in their own ways.

Snow Canyon quarterback Landon Frei was a standout, accounting for four touchdowns, and the Warriors were dominant from start to finish, outscoring the Falcons 35-7 in the first half, 14-7 in the second half.

It was the first home game of the season for Snow Canyon, which played at Cyprus and Morgan to start the year, and a welcome one at that.

“We were glad to get to play at home this week,” Warriors head coach Mike …read more