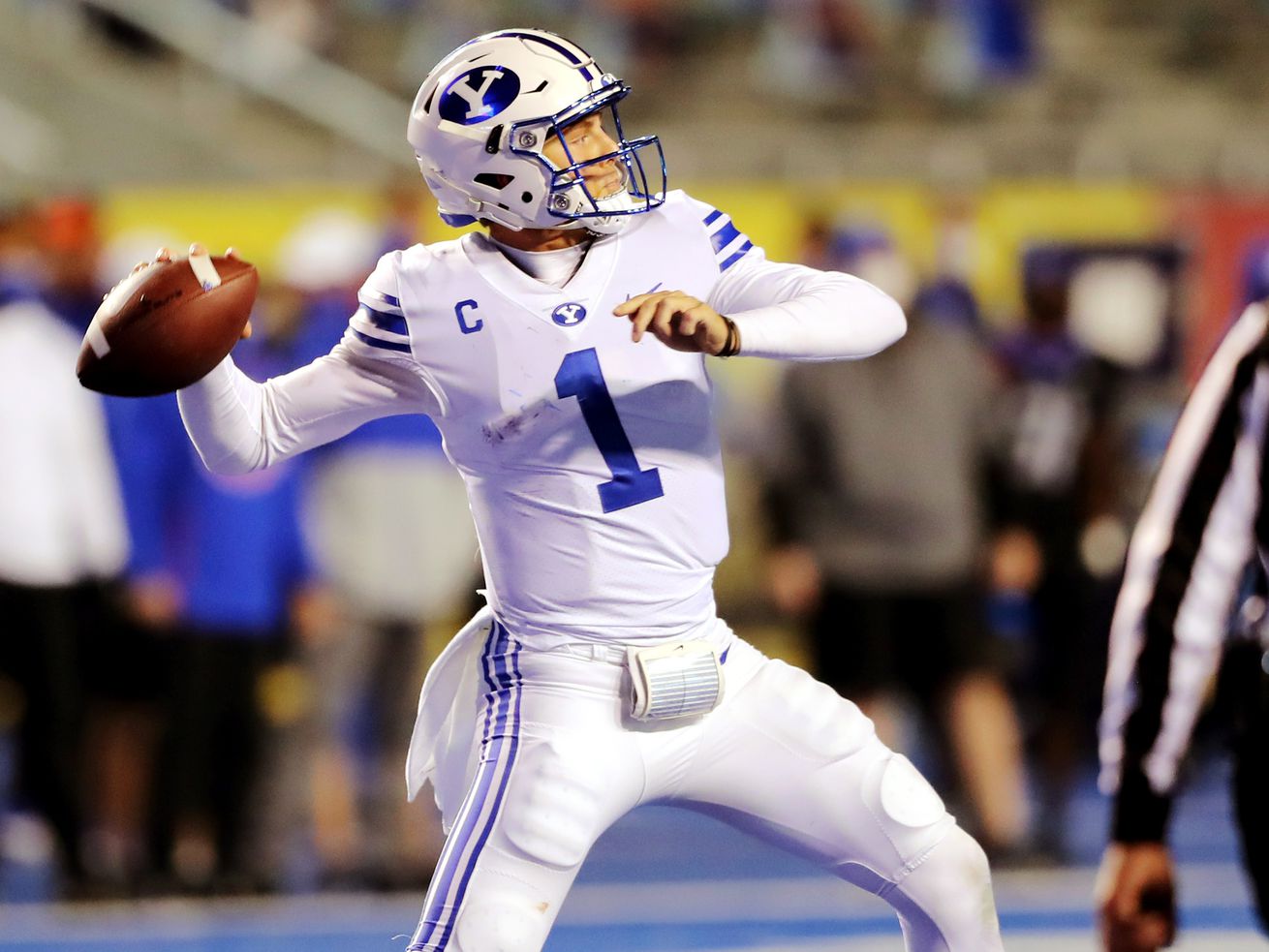 There’s going to be plenty of speculation over where BYU quarterback Zach Wilson will be taken in the 2021 NFL draft during the next three-plus months.

That comes with the territory for prospects seen as first-round talents.

Wilson burst onto the NFL radar with a standout junior year in Provo, and now his name is included among the top quarterback prospects available in this year’s draft class. What would be the best NFL scenario for Wilson, who appears poised to become the first former Cougars quarterback to be taken in the first round in nearly 40 years?

Here’s a look at five teams who could be in the market for Wilson’s services among franchises who own draft picks in the top half of the first round, with contract details via Spotrac.

It would be telling if New York chooses to use the fifth-year option — which will be likely more than $25 million, per NorthJersey.com — on Darnold this spring. That seems highly unlikely, considering the USC product is coming off his worst season in three years as a pro; he completed 59.6% of his passes for 2,208 yards, with nine touchdowns and 11 interceptions in 12 starts this year.

Would the Jets be willing to bring a young quarterback on their roster and move on from Darnold, when there are numerous positions where upgrades are needed? Wilson to the Jets has been a popular choice in recent mock drafts, while Ohio State quarterback Justin Fields could be another intriguing option there.

What the franchise does for its new head coach also could factor into what the Jets do with the No. 2 pick. The team has a projected $62 million in salary cap space, per Spotrac, under the $175 million salary cap. It wouldn’t be surprising to see New York trade down for more draft capital as well. No matter what, there are few notable offensive playmakers on the Jets’ roster, and Pro Football Focus had the team’s offensive line rated fourth-worst in the NFL in 2020.

Ryan is a four-time Pro Bowler who once led the franchise to the Super Bowl, and he’s on contract with Atlanta for the next three years. The last time Atlanta had a first-round pick this high, it drafted Ryan. Could the Falcons again decide to go after a young quarterback, seeking the eventual replacement for the 35-year-old Ryan? It would be a scenario similar to what former Utah State quarterback Jordan Love has, learning under Green Bay All-Pro Aaron …read more