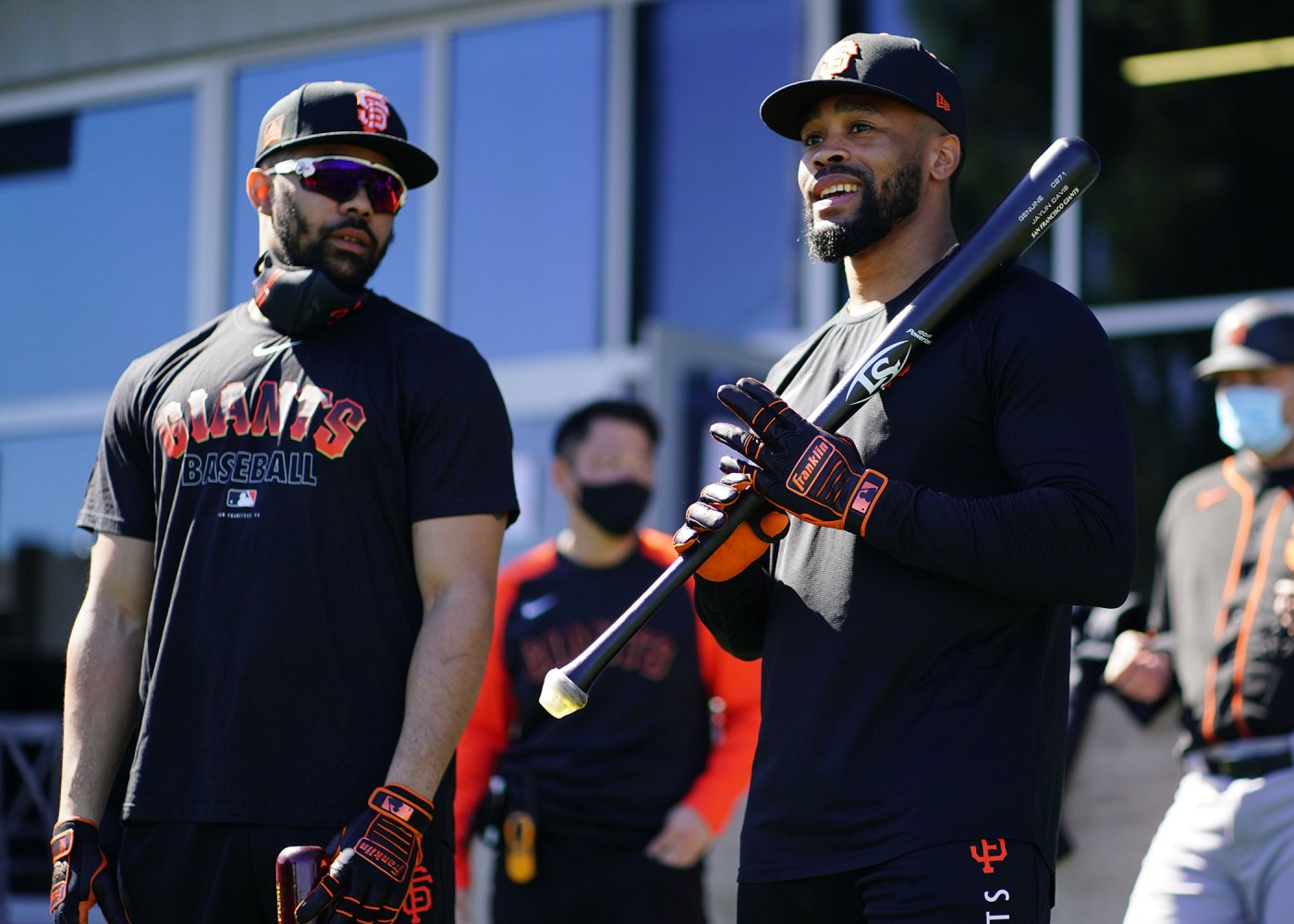 SCOTTSDALE, Ariz. — No Giants player hit in the leadoff spot last season more often than outfielder Mike Yastrzemski, who batted first in 38 of the team’s 60 games.

Yastrzemski flourished in the role, posting a .400 on-base percentage and .568 slugging percentage, but this year, the Giants seem willing to mess with success. With the addition of new infielder Tommy La Stella, Yastrzemski could slide back a spot or two in the order, allowing one of baseball’s peskiest hitters to set the table for the rest of the lineup.

“We see them both hitting in the top three spots in the lineup on most days,” manager Gabe Kapler said. “There are some things that could impact those decisions like pitchers, but for the most part, I really like the idea of Tommy spending time in the leadoff role.”

It’s possible the only person who likes the idea more than Kapler is Yastrzemski, who said he’s eager to follow La Stella’s lead.

“I want to learn from him,” Yastrzemski said. “He does a great job of controlling his at-bat and making sure that he gets what he wants out of it. To have a guy like that where the opposing pitchers don’t want to face him, they don’t want to throw 10 pitches, 12 pitches to one guy, putting that frustration on the mound is really good because hopefully at some point they’re going to make a mistake and we’re going to take advantage of it.”

La Stella, who was the hardest everyday player to strike out in the major leagues last season, will be a fixture against right-handed pitchers. He’ll likely spend most of his time at second base, but could play first or third on occasion. Yastrzemski will play against both righties and lefties and when La Stella isn’t in the lineup, he may hit behind a player such as Austin Slater, who had a .500 on-base percentage when leading off innings last season.

Utah showed it can be elite in win over Cal, but there is still work to be done and the Red Rocks know it

LaMonte Wade Jr. in the mix?

When discussing how he envisioned the top of the Giants’ lineup looking this season, Kapler added an unexpected name into the mix: Newly acquired outfielder LaMonte Wade Jr.

The 27-year-old left-handed hitter only has 95 major league at-bats and has never hit more than 11 home runs in a minor league season, but Wade is blessed with a combination of traits the Giants love. He’s incredibly disciplined, as his .389 career minor league OBP indicates, and he has untapped potential to hit for more power.

“LaMonte has great plate discipline and the profile is pretty rare,” Kapler said. “If we can couple that with some power production, but we never want to put any addition pressure on players to produce power. That happens with the work LaMonte is going to do with (hitting coaches) Donnie Ecker, Justin Viele and Dustin Lind. Once he’s in the game, we want him to have that approach with the little kid with the plastic bat and the wiffle ball on the plastic tee which is, ‘I’m going to try to drive …read more