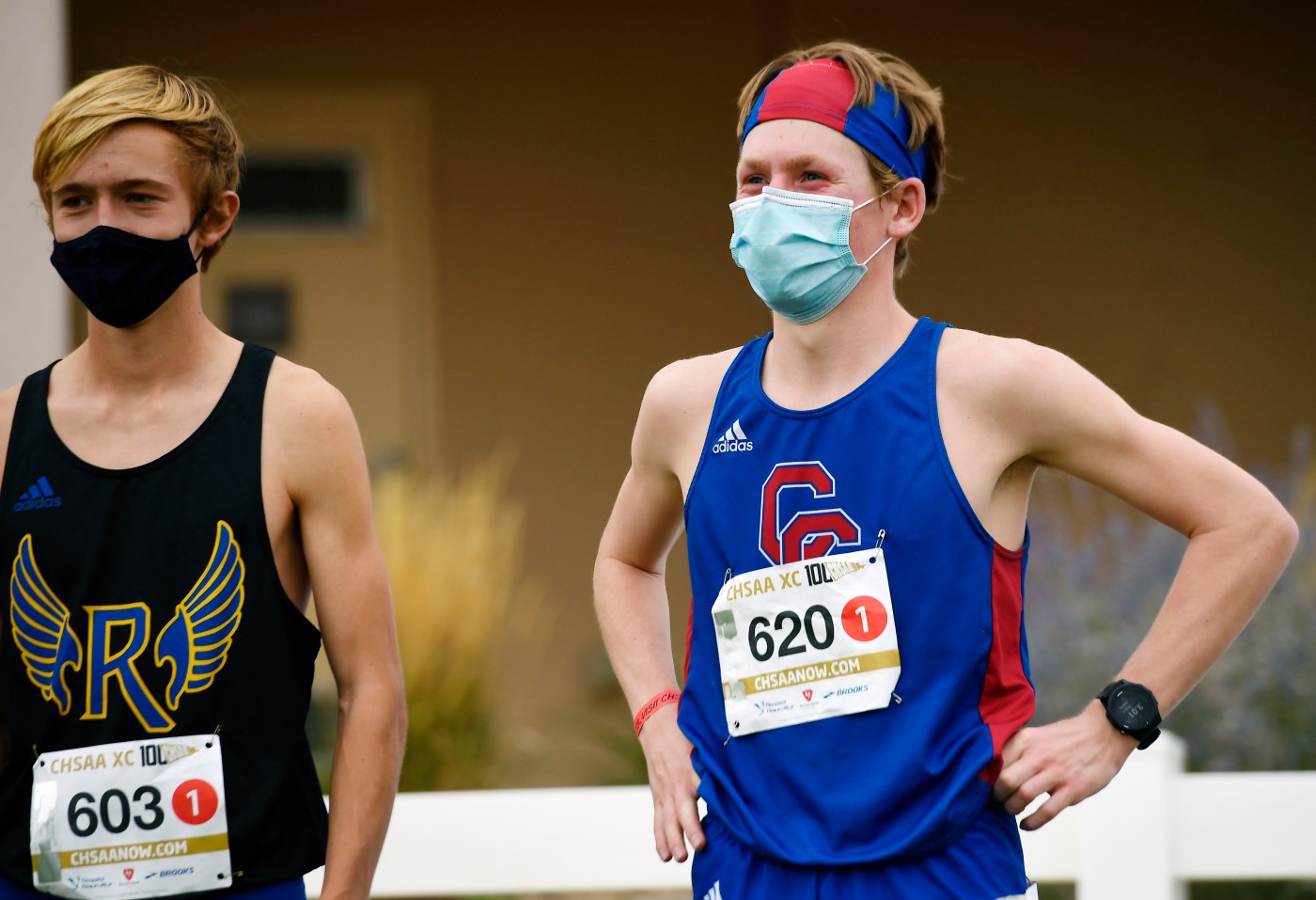 “I was really anxious for the season,” Wolfe said, “I didn’t know how it affected my lungs.”

Wolfe re-told his story Saturday afternoon, in between deep breaths beneath a mask, grateful for his extreme exhaustion outside the Norris Penrose Events Center. The scrappy blonde distance runner had spent his entire high school career in the shadow of a legend. Not anymore.

Wolfe beat COVID-19, and a few months later, he beat the entire field of Class 5A cross country runners at the state meet.

Wolfe, who is close friends with Sprout, placed third in the state meet a year ago.

“It’s definitely tough being in (Sprout’s) shadow. He’s such a good runner. It had always been that way since freshman year,” Wolfe said. “I went up to the mountains with him a couple of weeks this summer and we trained at high altitude. It’s always kind of been on my mind since then and even last year — just trying to beat his time.”

“(Wolfe) had a lot of big goals,” Dusto said. “He’s the kind of kid who will stretch for 20 minutes when he wakes up in the morning or get 100 pushups in, because it’s going to help. He’s great at doing all those little things.”

Wolfe told reporters on Saturday that he has “been back to the doctor a couple of times” since re-testing negative for COVID-19. He’s kept a close watch on his overall health.

“I’m very up and down with good weeks and bad weeks,” Wolfe said. “Overall, I think I’m pretty much back to normal and healthy again.”

Wolfe’s fears ultimately subsided back in September at the Heritage Distance Classic with pre-race plans to break the course record (also held by Sprout). But Wolfe didn’t stop there.

His ridiculous 14:30.1 finish broke Sprout’s mark and stands as the fastest high school 5K time in the nation this year, per milesplit.com.

“I want to say he ran like a 4:35 for his last mile, which is just insane. It was amazing to watch,” Dusto said. “He’s improved about 45 seconds in …read more