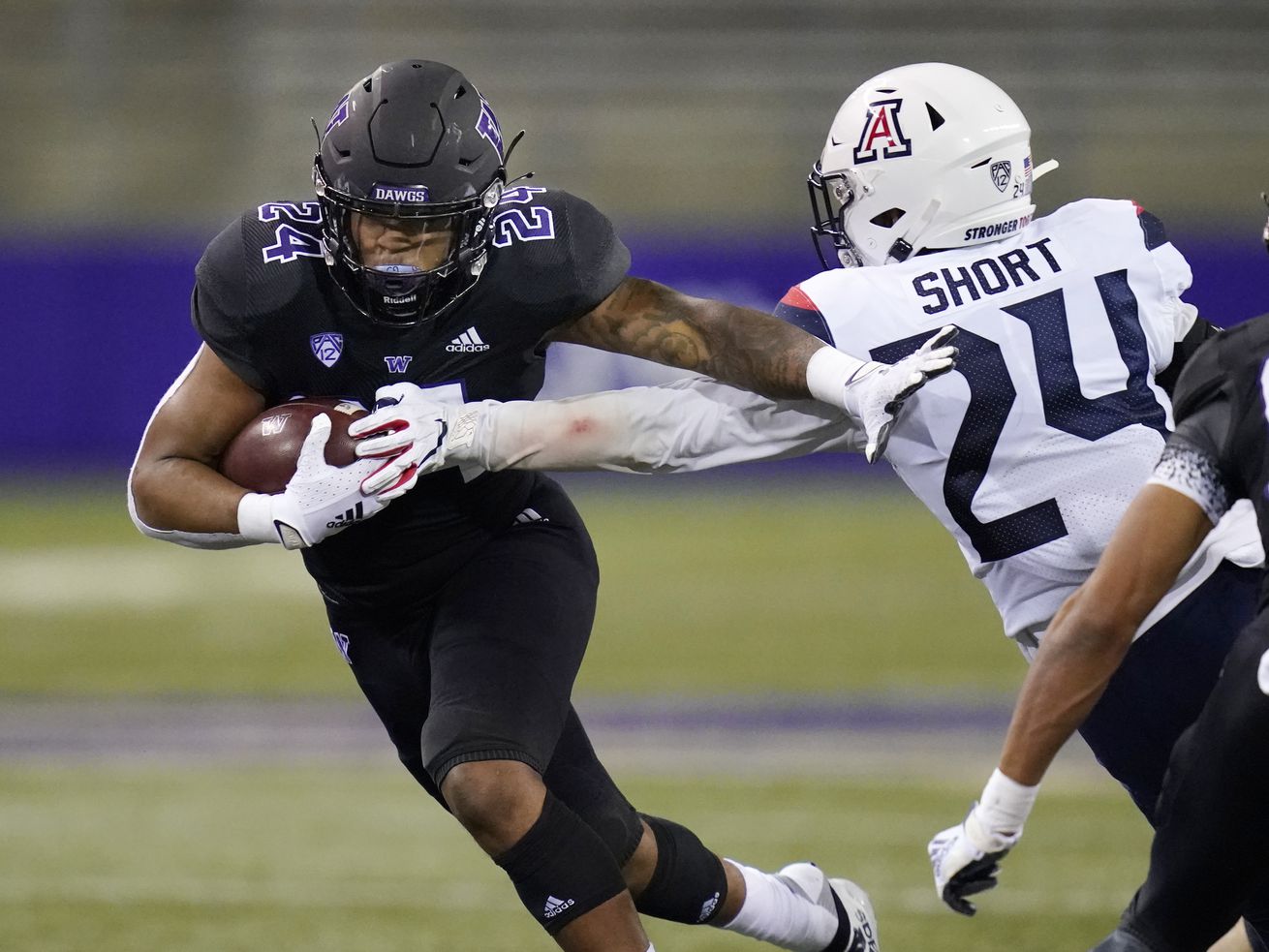 The longer the college football season goes on, the weirder things seem to get, and Week 12 was something else.

Game cancellations grew to a season-high, 19 in total. Michigan defeated Rutgers and it felt like an upset. The girlfriend of a Temple player tested positive for COVID-19, which somehow forced the Owls to play their fifth-string quarterback. Oh yeah, independent Liberty, the undefeated powerhouse they were, finally lost a game against a Power Five opponent.

It’s been weird, to say the least. So here are six takeaways from the BYU and Utah games, Pac-12 and Mountain West action and more.

Spenser Heaps, Deseret News
Utah Utes quarterback Jake Bentley (8) evades the tackle from USC Trojans cornerback Olaijah Griffin (2) at Rice-Eccles Stadium in Salt Lake City on Saturday, Nov. 21, 2020.Utah played a game. Might be best to leave it at that

That is a major takeaway and a victory in and of itself. Amidst a global pandemic, college football was played up on the hill, at long last.

Every FBS program in the state of Utah has now played a football game in 2020. In April or May, even July, that would have sounded absurd and many would have believed it to be a near impossibility. But it happened. People saw it. Most of it at least, save for a couple of punts late in the third quarter.

Thursday night swap: Why the NFL moved Ravens-Steelers, but not 49ers-Packers

As expected, it wasn’t a very pretty season debut for the Utes. Utah lost to USC 33-17, in an injury and turnover-marred contest.

What takeaways are there for Utah? There are quite a few. Quarterback play is a concern. Offensive line play, too. The constant shuffle of playmakers in and out of the lineup on offense was strange (perhaps compelled by poor fitness levels, with COVID-19 a possible cause).

Defensively, the Utes were fine. Nephi Sewell was great. Coverage was at times too soft and pressure on the quarterback too inconsistent, but Utah was fairly stout against the run.

Sweeping declarations could be made about how Utah isn’t a contender for even the Pac-12 South title (they might not be), or how the Utes could be the worst team in the division right now (Arizona is probably worse, but who really knows).

For a night at least, those takeaways can wait. Utah played football Saturday and let’s leave it at that.

Chris Pietsch, AP
Oregon’s CJ Verdell dives into the end zone for a third-quarter score against UCLA in an NCAA college football game Saturday, Nov. 21, 2020, in Eugene, Ore. Does the Pac-12 have an elite team? A shot at the CFP?