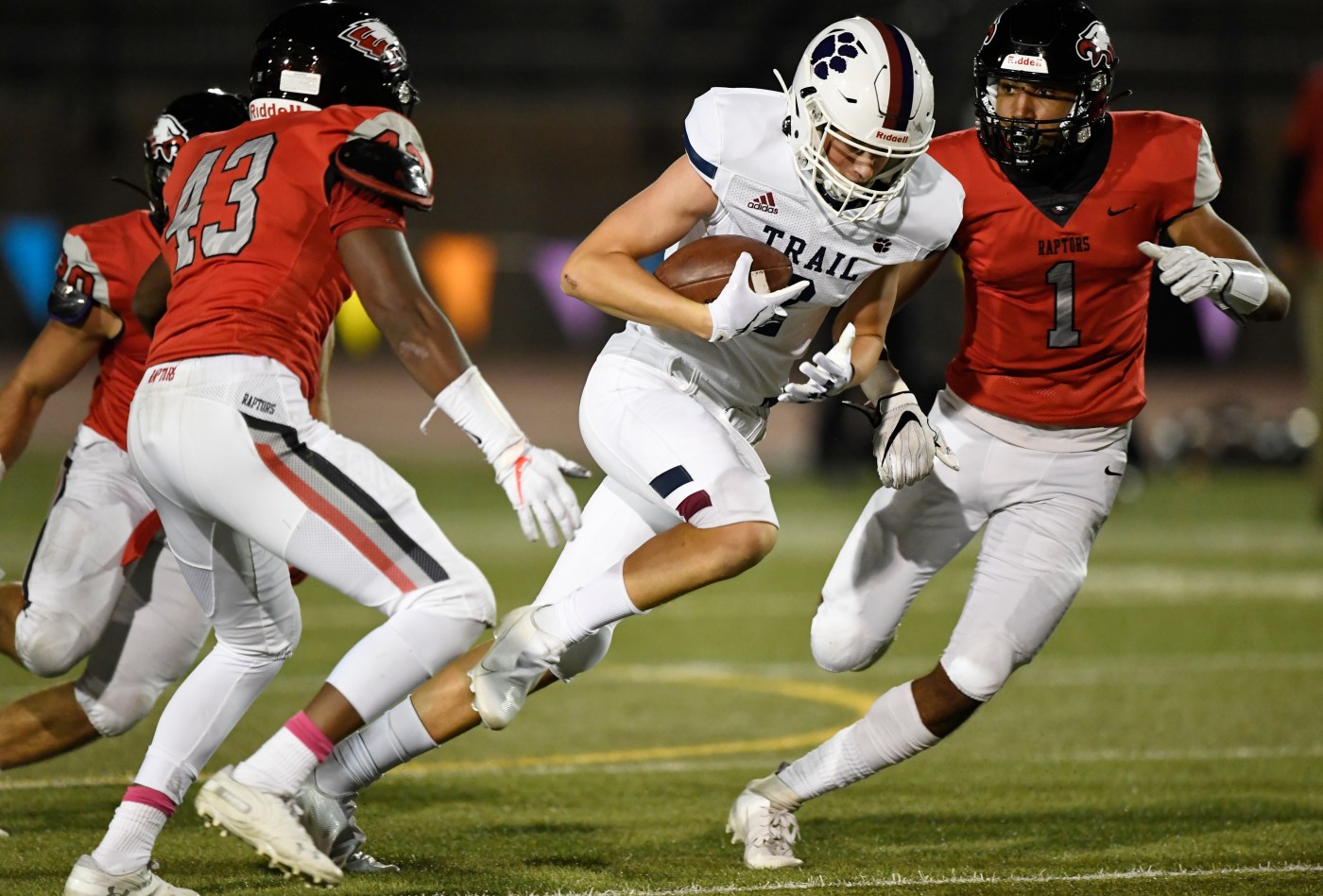 The prohibitive favorites to win a second straight 5A title, the top-ranked Bruins actually trailed early in their Week 1 win over Smoky Hill. Then Dave Logan’s squad ripped off four straight TDs before halftime en route to a 35-14 win that saw CU basketball commit Julian Hammond throw for 290 yards and five TDs. Now comes a date with a Cougars team smarting after last week’s gut-wrenching 62-50 loss to Eaglecrest — a game they led 43-27 at halftime.

After a one-week delay due to a COVID-19 outbreak, the Jeremy Bennett era begins at Mullen with a stiff test against a Ralston Valley team that appears to have reloaded following last year’s senior-driven run to the 5A semifinals. RV has won five straight over Mullen dating back to 2013, including last year’s blowout at La Salle Stadium. Now it enters its Week 2 showdown with Mullen fresh off a 42-0 win over Battle Mountain — the program’s fourth shutout since 2019.

The Wildcats entered the season a bit off the radar after last year’s 0-10 campaign. But a Week 1 win over ThunderRidge, 30-23, may be an indication the Wildcats have righted the ship. At the very least, they appear to have a playmaker in junior receiver Ean Lee (7 receptions, 158 yards vs. TR). The Rebels graduated a majority of production from last year’s 5A runner-up, but the defense was as stout as ever in a 39-13 win over Rock Canyon.

A week after dominating then-10th-ranked Chatfield 43-12, the Indians take on a fellow Western Slope power who had an impressive showing of its own in Week 1 with a 42-10 win over Wheat Ridge. The Wildcats ran for 274 yards and five touchdowns in the victory, with senior Espin Hernandez needing only seven …read more