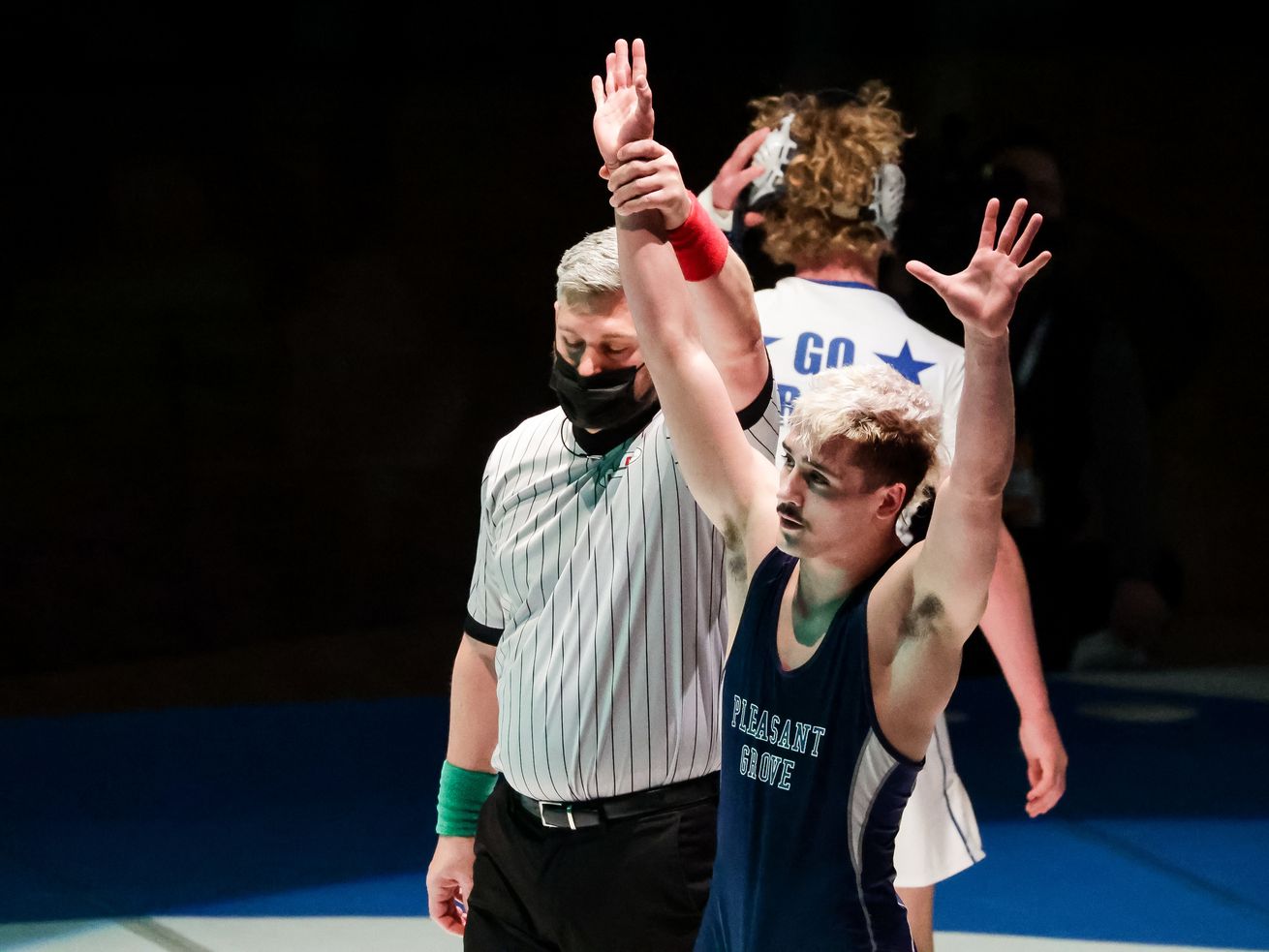 Pleasant Grove (6A), Payson (5A), Uintah (4A), Juab (3A), Beaver (2A) and Panguitch (1A) won titles in the boys classifications, while Westlake (6A), Mountain Crest (4A) and Maple Mountain (combined) were crowned girls champs

This was the first season girls wrestling had its own state tournaments, with 6A and 4A crowning a team champion and the rest of the state competing together in a combined tournament.

The girls champs were Westlake (6A), Mountain Crest (4A) and Maple Mountain (combined).

Here’s a closer look for all nine championships.

Pleasant Grove continued its dominance in 6A wrestling by winning its 10th title in the past 11 years.

“It’s pretty amazing to be part of history like this,” said Emmer.

The featured match of the night came at 132 pounds, with West’s Drew Lang beating Westlake’s Jacob Finlinson, 4-1, to deny him a fourth individual state title. It was a rematch of last year’s state championship.

Payson’s depth was too much for the rest of the classification as it won its first 5A state championship in its second year in the classification. It recently won 3A titles in 2014 and 2015 and then a 4A title in 2019.

Payson’s depth throughout the one-day tournament led to 15 state placers and one individual state champ as the Lions racked up 265 points, easily finishing ahead of second-place Box Elder’s 205.5 points.

“It was a real team effort. It wasn’t five studs that just punched all of our points for us. Our JV guys, we had kids that didn’t place still score points for us,” said Payson coach Jeb Clark.

Box Elder may have finished second as a team, but it shined under the dim lights of the finals by winning all five of its championship matches — Jackson Ricks (113), Bridger Ricks (120), Caleb Marx (170), Lucas Cochran (195) and Kellen Collier (285).

Cochran finished his career as a three-time state champ, with Bridger Ricks earning his third with a chance at No. 4 next year.

Uintah snapped a 22-year state title drought by pulling away from Mountain Crest to claim the 4A state championship.

“We got a group of kids who were just committed and wanted it more than anything this year,” said Uintah coach Phil Ketty. “They worked hard for this …read more