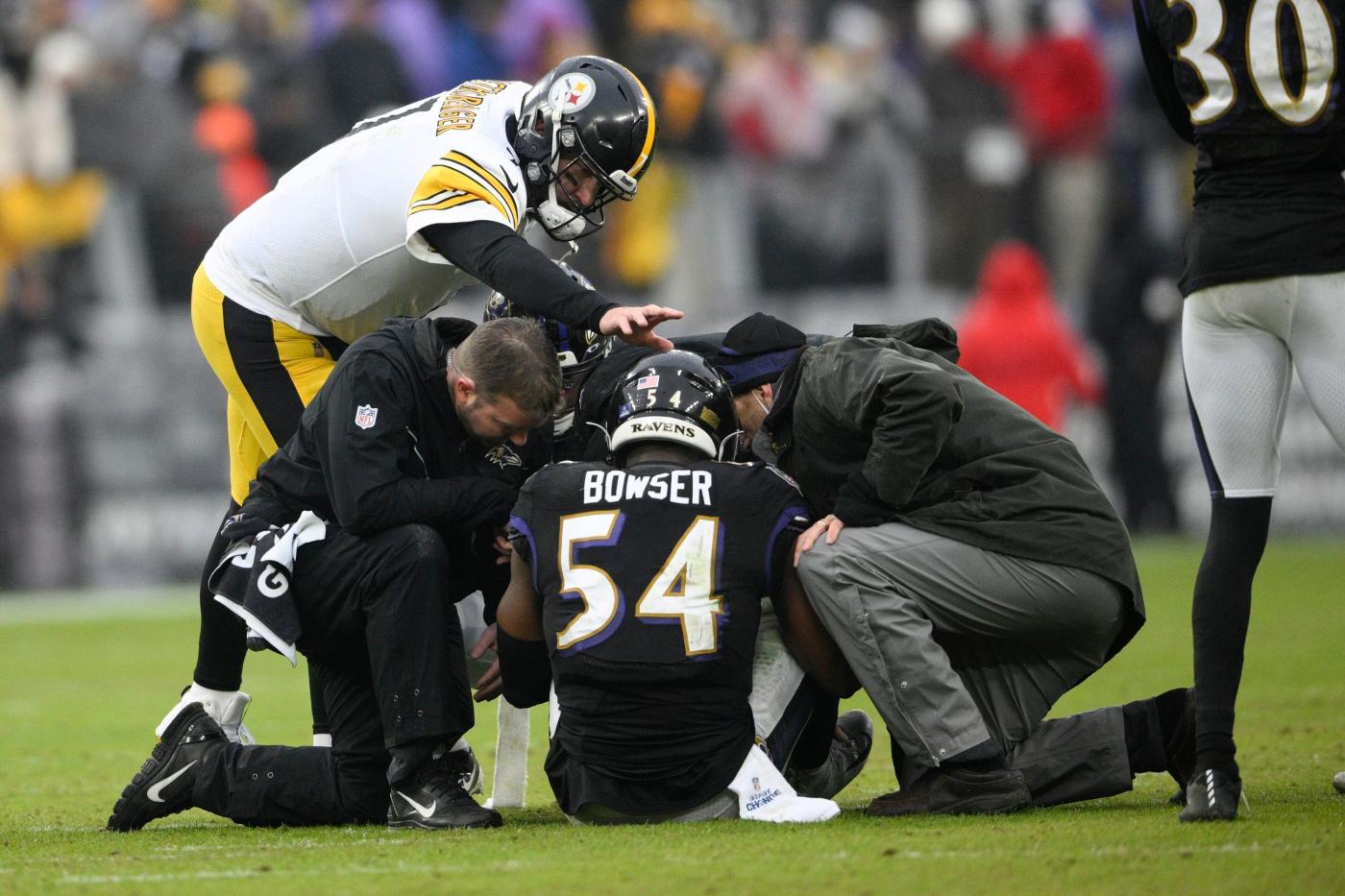 The Ravens’ 2021 season will forever be defined by injuries, and Sunday’s 16-13 loss to the Pittsburgh Steelers in overtime was a fitting, yet heartbreaking conclusion.

Throughout the game, the Ravens watched players such as outside linebacker Tyus Bowser and running back Devonta Freeman suffer injuries on the wet field at M&T Bank Stadium, continuing a turbulent season in which the Ravens went from being the No. 1 seed in the AFC to losing six straight and being knocked out of playoff contention.

Despite filling key positions with practice squad players and veteran free agents, the Ravens don’t want to use that as an excuse for how the season turned out.

“We can’t say, ‘What if,’” quarterback Tyler Huntley said. “We’ve just got to face the facts of what happened. And like I said, what if we would’ve made that last play in those last few games and got an extra field goal or an extra touchdown, we wouldn’t even be talking about ‘What if.’ So, I just feel like right now, we’ve got to face what’s really going on and just roll with the punches.”

When the Ravens lost running backs JK Dobbins, Gus Edwards and Justice Hill as well as All-Pro cornerback Marcus Peters before Week 1, expectations changed. But despite having as many as 17 players on injured reserve, the Ravens jumped out to a 5-1 record, which included nail-biting victories against the Kansas City Chiefs, Detroit Lions and Indianapolis Colts.

“I’ve never been a part of a team that fought the way we did,” said running back Latavius Murray, who was signed one day after Edwards got injured in September. “[I’ve got] a lot of respect for these guys, a lot of respect for this team — week in and week out — just fighting to the end, especially with everything we were up against this year.”

As the season progressed, left tackle Ronnie Stanley was shut down after undergoing ankle surgery for the second straight year, while defensive end Derek Wolfe remained sidelined because of a lingering back injury. Then starting safety DeShon Elliott suffered a season-ending bicep/pectoral injury in Week 9. Yet the Ravens found a way to start 8-3 and sit atop of the AFC.

In December, everything finally caught up to the Ravens, who ran out of late-game magic. Humphrey suffered a season-ending pectoral injury against the Steelers in Week 13. A week later, starting quarterback Lamar Jackson suffered an ankle injury against the Cleveland Browns, which caused him to miss the final four games of the season.

On Sunday, Freeman suffered a ribs injury while Bowser had to be helped off the field with an apparent lower leg injury. When Steelers kicker Chris Boswell nailed the game-winning field goal in overtime, the Ravens were yet again on the wrong side of a game in which they were competitive until the end but didn’t have enough to close out a victory.

“Like I told them in the locker room, there’s going to be a point in time in your life when …read more