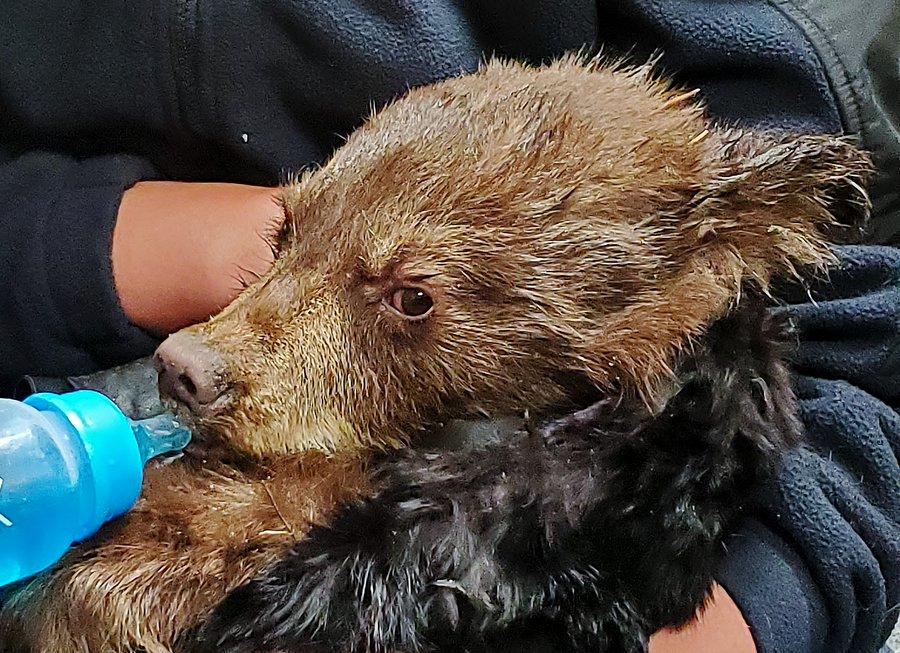 A bear cub was rescued after being abandoned during Sunday night’s storm on Ute Pass above Manitou Springs.

A homeowner found the cub and called the Colorado Parks and Wildlife (CPW) Colorado Springs office. When Officer Cassidy English arrived, she found the cub near death.

English began administering fluid and warming the bear cub with a blanket and heater. After assessing the cub, she took it to CPW’s Frisco Wildlife Rehabilitation Center near Del Norte.

CPW says to never pick up abandoned wildlife and to call CPW for their experts to assess the animals.

Today’s @COParksWildlife #wildlife #rescue is a bear cub abandoned during last night’s storm on Ute Pass above #ManitouSprings. The cub was found by a homeowner who smartly called our #ColoardoSprings office. Officer Cassidy English responded & found the cub near death. (1 of 3) pic.twitter.com/QCSvHDG9Cc

Read the full story from our partners at thedenverchannel.com.

Subscribe to our weekly newsletter, The Adventurist, to get outdoors news sent straight to your inbox.