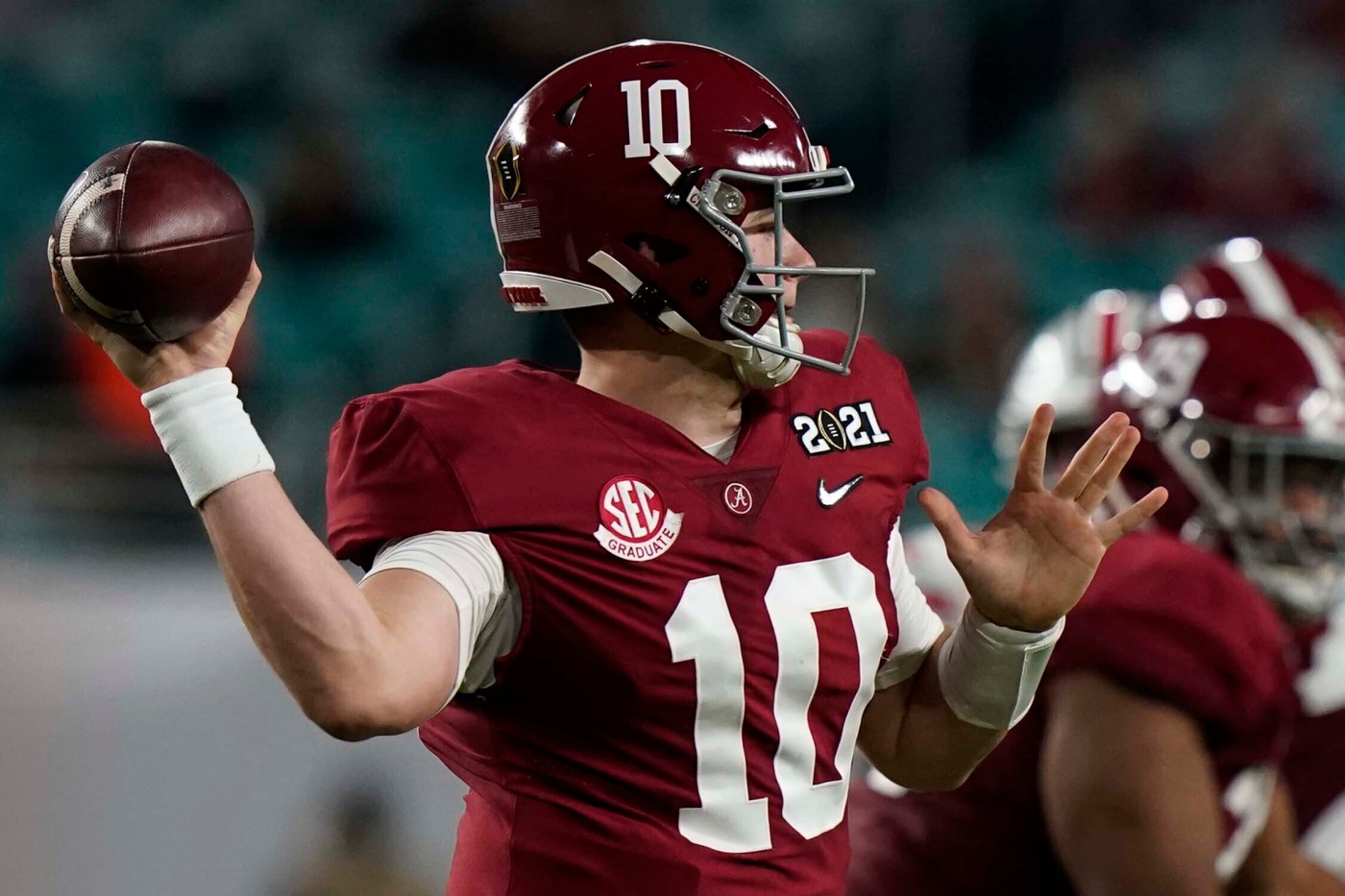 Baltimore (C): The Ravens had an extra first-round pick after dealing right tackle Orlando Brown to Kansas City. Receiver Rashod Bateman at No. 27 was a required selection, but defensive end Jayson Oweh at No. 31 showed you can have no sacks in a college season and still be a first-round pick.

Buffalo (B): The Bills’ roster is stacked so they could draft for one purpose — to defend Kansas City. Their first two picks were edge rushers Gregory Rousseau and Carlos Basham. Third-round offensive tackle Spencer Brown was a good value pick.

Cincinnati (A): The Bengals knew they had to go receiver-right tackle with their first two selections and they added Ja’Marr Chase and Jackson Carman, respectively. Third-round pick Joseph Ossai will provide an immediate pass-rush burst. Chase will win NFL Offensive Rookie of the Year.

Cleveland (A): Tennessee taking cornerback Caleb Farley allowed the Browns to add a better and healthier player — cornerback Greg Newsome — at No. 26. From there, the Browns were off and running, adding free-falling linebacker/safety Jeremiah Owusu-Koramoah and speedy receiver Anthony Schwartz.

Houston (F): The Texans had only five picks and didn’t get on the clock until No. 67 … and drafted quarterback Davis Mills. Huh? They traded up for receiver Nico Collins, but fifth-round tight end Brevin Jordan was a nice addition.

Indianapolis (D): Unable/unwilling to draft a plug-and-play left tackle impacted this grade. The Colts hope defensive end Kwity Paye will be better than 2019 second-rounder Ben Banogu. They didn’t have a selection from Nos. 55-126.

Jacksonville (B): The Jaguars did a bunch of things well after quarterback Trevor Lawrence, including play-making running back Travis Etienne (first round), cornerback Tyson Campbell (second) and safety Andre Cisco (third). But they over-drafted left tackle Walker Little (No. 45) when better ones were available.

Kansas City (C): Two picks in the first 143 impacts the Chiefs’ grade. Taking center Creed Humphrey in the second round was smart because current starter Austin Blythe is on a one-year deal.

Las Vegas (C): The Raiders needed help on defense, but three safeties among their seven picks? No problem here on them taking guard/tackle Alex Leatherwood at No. 17. One of our favorite selections of the entire weekend was safety Trevon Moehrig (second round).

Miami (B): A semi-mysterious decision to pass on left tackle Christian Darrisaw in favor of pass rusher Jaelen Phillips at No. 18. That kept the Dolphins from getting an A. They had five of the first 81 picks and only two after. Defensive back Javon Holland at No. 36 will play well right away.