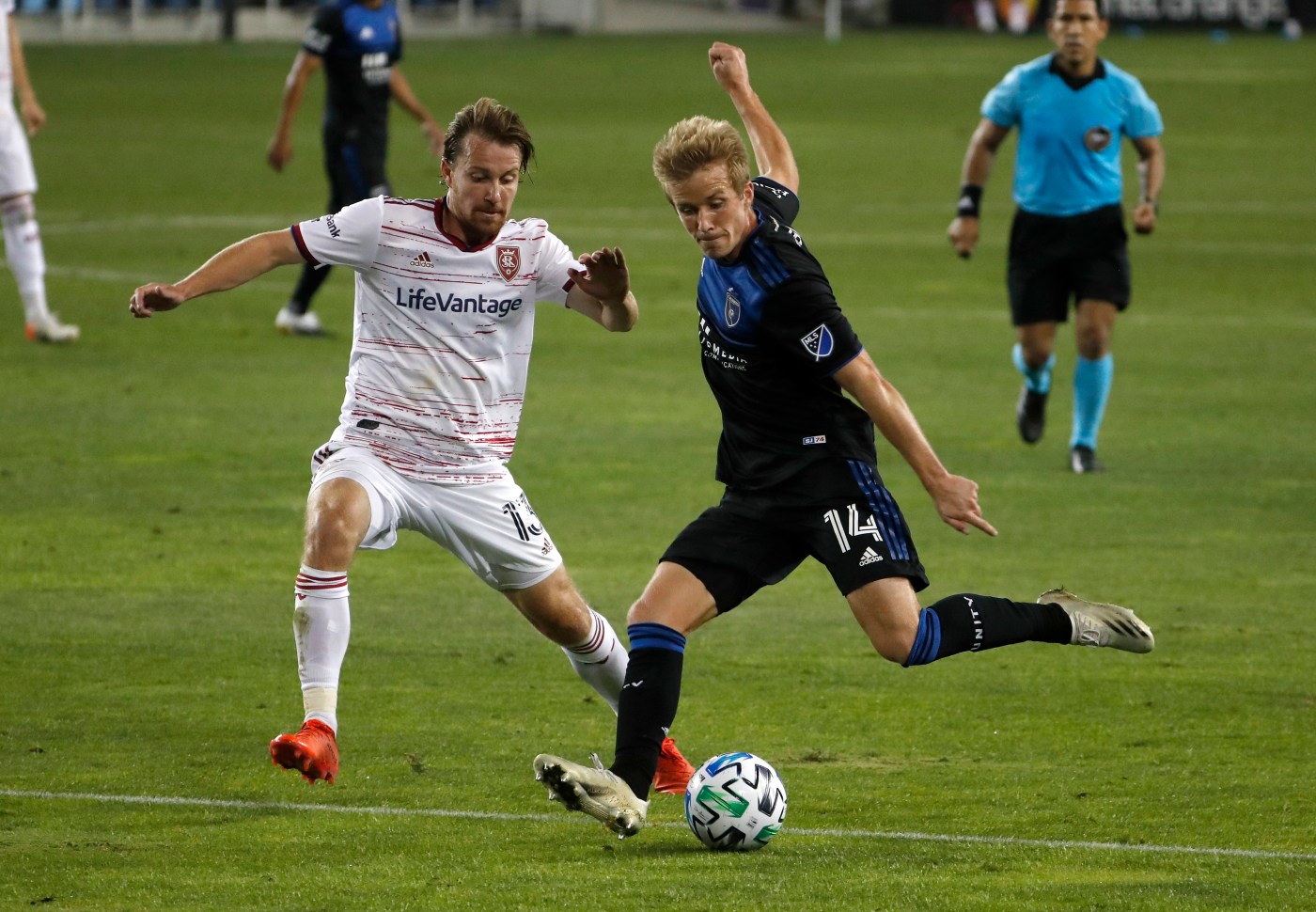 The San Jose Earthquakes have reached the MLS Cup playoffs on Sunday for the third time in 11 seasons by overcoming more challenges than most of the league’s teams.

Where to begin as the Quakes prepare to face top-seeded Sporting Kansas City in a 1 p.m. PT kickoff.

San Jose (8-9-6) is the only Bay Area team to have its season temporarily stopped and then restarted because of COVID-19.

It was the last MLS team to return to practice after the initial clampdown in mid-March because Santa Clara County has been one of the country’s strictest in terms of allowing activities.

The Earthquakes had their training schedules altered in August and September because of smoke from California’s devastating wildfires.

The team had to face a tough Los Angeles FC team with the playoffs on the line in a game that was rescheduled less than 24 hours before kickoff.

It did not end there.

About a month later defender Marcos Lopez, 20, had an appendectomy and missed the MLS Is Back tournament in Orlando.

By the end of August, midfielder Magnus Eriksson, who had blossomed into a team leader, returned to Sweden on a transfer.

A few weeks after that, reports surfaced that top Brazilian club Palmeiras wanted to sign Quakes coach Matias Almeyda, who has another year on his contract in San Jose.

“You get over one hurdle, then there is another hurdle and then another,” midfielder Jackson Yueill said. “We tried to stay as true to ourselves as much as possible.”

Now the challenge will be on the field. The eighth-seeded Earthquakes will hit the road to face Sporting Kansas City (12-6-3), the Western Conference regular-season champion, in Sunday’s game. Sporting finished the season 6-1-1 over its final eight games.

But the Quakes also are peaking with a 6-3-1 record to end the regular season.

They enter the single-elimination game Sunday as something of a surprise. Not many soccer analysts gave San Jose much of a chance to reach the playoffs because management did not bring in many new players in the offseason.

But general manager Jesse Fioranelli kept emphasizing the Quakes had made important moves by signing winger Cristian Espinoza and defensive midfielder Judson to contracts after they played on loan in 2019.

The Earthquakes also stabilized the defense when J.T. Marcinkowski, a Homegrown player from Concord-De La Salle High School, took over as goalkeeper late in the season.

The turnaround began when the Quakes arrived early in Florida, where the MLS created a “bubble” environment to protect everyone against the spread of COVID-19.

The Quakes arrived in Florida before other …read more