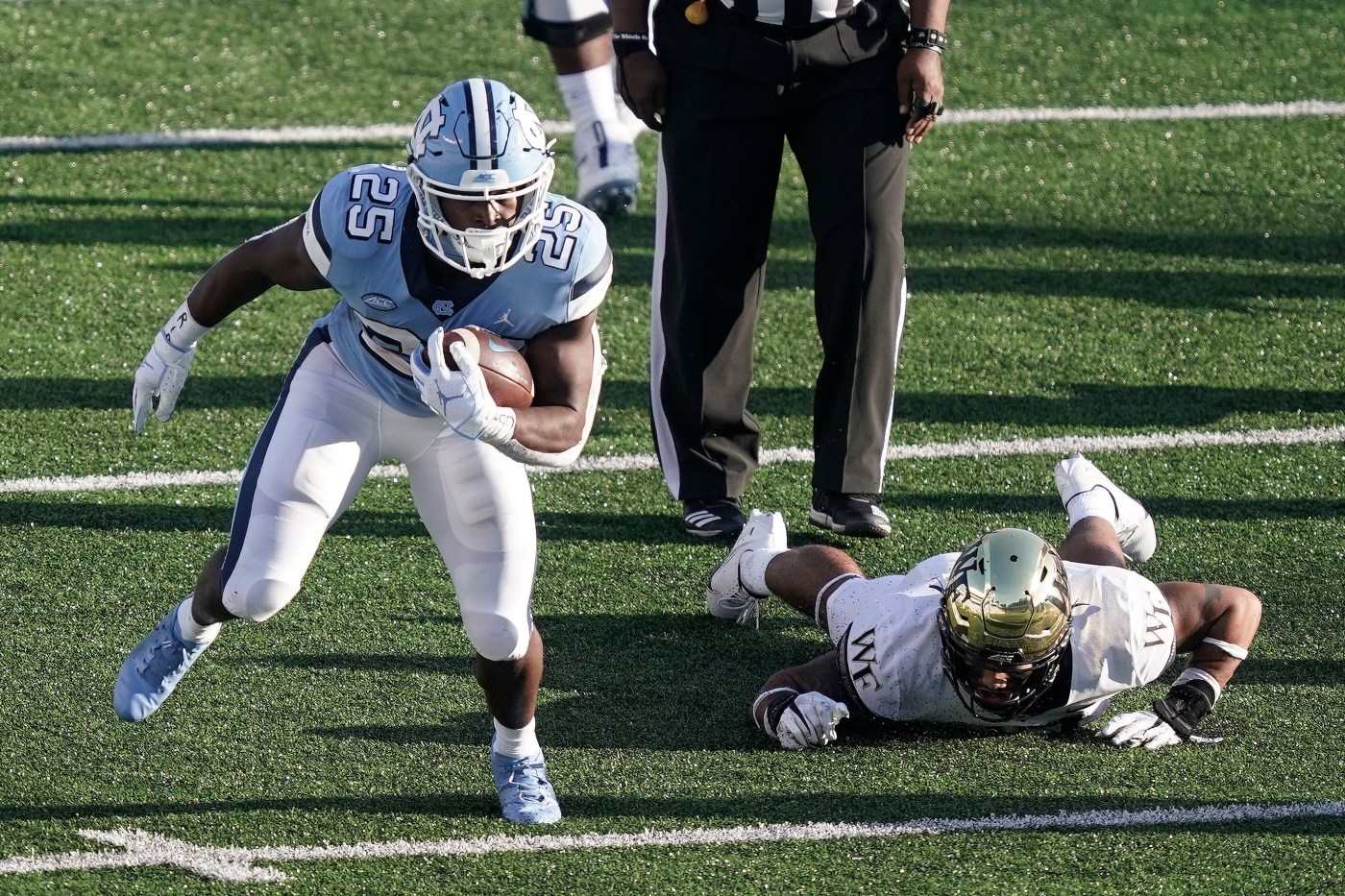 After a quiet first round in which Broncos general manager George Paton stayed at No. 9 to select Alabama cornerback Pat Surtain II, he made three trades during the second and third rounds on Friday night.

When Paton and coach Vic Fangio emerged from the team’s draft room, the Broncos had added North Carolina running back Javonte Williams (No. 35), Wis.-Whitewater offensive lineman Quinn Meinerz (No. 98) and Ohio State inside linebacker Baron Browning (No. 105).

The Broncos made three trades to help acquire the three players.

Trade 2: The Broncos traded No. 71 to the New York Giants for Nos. 76 (third round) and 164 (fifth round). The Giants drafted Central Florida cornerback Aaron Robinson.

Trade 3: The Broncos moved down again … way down. They shipped No. 76 to New Orleans for Nos. 98 and 105 in the third round. The Saints chose Stanford cornerback Paulson Adebo.

High-fives and back slaps took over the draft room when the Broncos moved up five spots with Atlanta for Williams, making him the team’s highest-drafted running back since Knowshon Moreno (No. 12 in 2009).

“I didn’t expect the Broncos to be the team I went to,” Williams said in a video conference. “Just throughout the process, it wasn’t a team I talked to a lot.”

After flurry of trades, Broncos draft offensive lineman Quinn Meinerz at No. 98 overall

Marvel Studios & Disney+ | SUPER BOWL 2021 | Promo
Yampa River fishing is off to a good start. What could it look like later this summer?
SHARES
ShareTweet