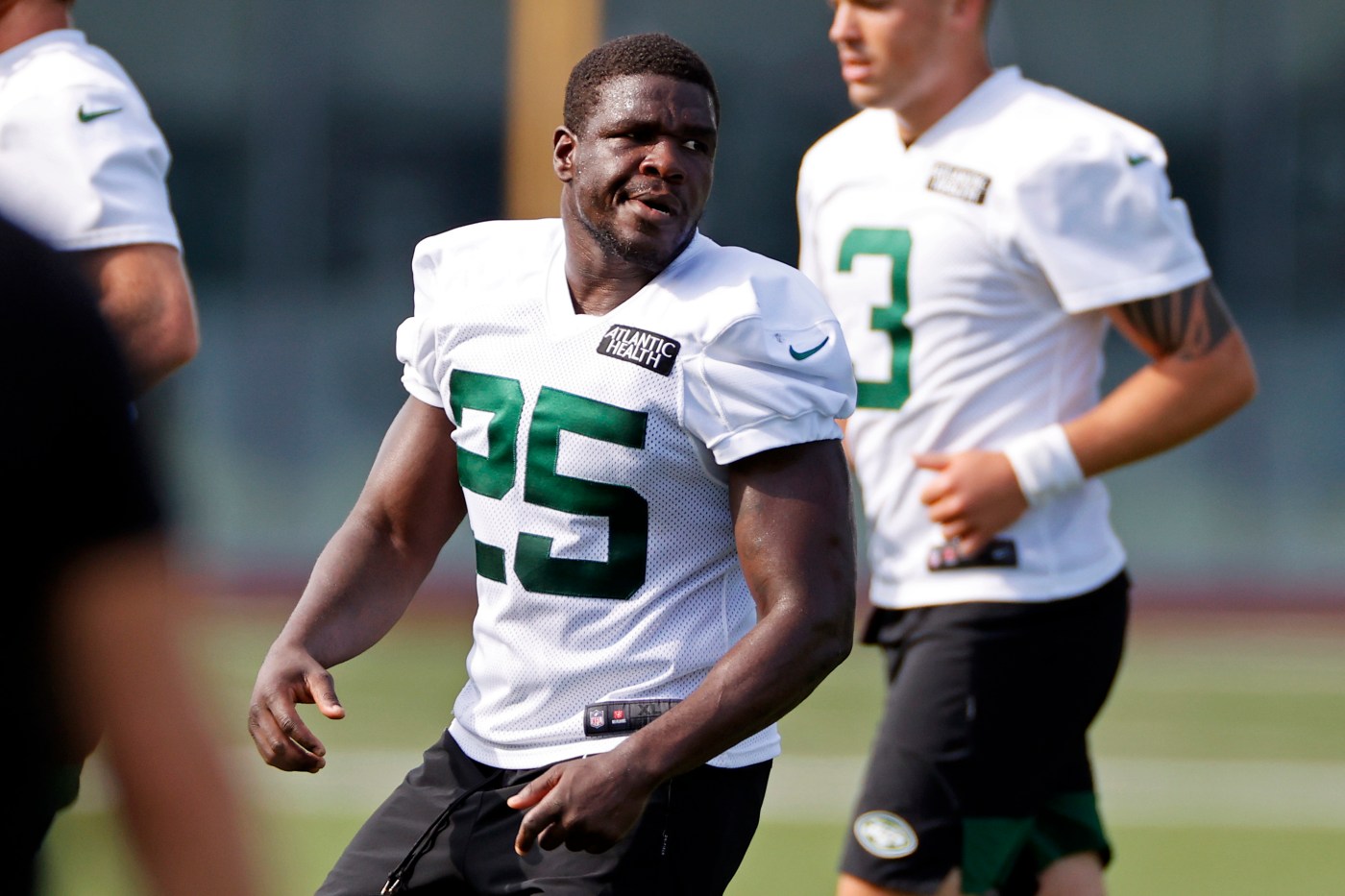 Frank Gore, who is the 49ers’ all-time rushing king from his 2005-14 tenure, will start at running back for the Jets, coach Adam Gase confirmed on a call with Bay Area media. Le’Veon Bell strained a hamstring in the Jets’ Week 1 loss at Buffalo.

“I love Frank Gore,” Shanahan said. “He’s one of the best to ever play, one of the most underrated. His longevity and numbers finally give him more attention that’s past due.”

Shanahan said he was starting his first NFL job as a Tampa Bay quality control coach when he first admired Gore, who was at the University of Miami.

“He runs so hard,” Shanahan said. “Guys who run that hard can rarely play to his age. It shows how dedicated and talented he is. He’s a special dude.”

Gore’s new-again head coach, Adam Gase, said Gore hasn’t changed much since Gase coached him as an assistant on the 49ers staff in 2008.

“I know anybody that was there with (Gore in San Francisco) will believe me when I say this: He looks the same. It’s unreal to watch,” said Gase, who also coached Gore as the Miami Dolphins’ head coach in 2018.

“This is my third stint with him. You see the same Frank,” Gase said. “He just shows up, works hard, practices hard. You can tell he just loves the game so much.”

What Gase remembers most in Gore’s early years with the 49ers was how intent the 2005 third-round draft pick was on understanding his assignments.

“He always wanted to make sure what he supposed to do in protection, route running and run reads,” Gase added. “He always spent extra time to make sure he knew what was going on.

“He wanted to be the guy we relied on, and when it got really tough, the ball was coming to him.”

Fred Warner was 8 years old when Frank Gore made his 49ers debut. He said the 49ers defense must be prepared for a bruising effort from Gore.

“It’ll be an honor to go against him,” Warner said. “He’s still got it. He’s going to be going downhill and be physical runner.”