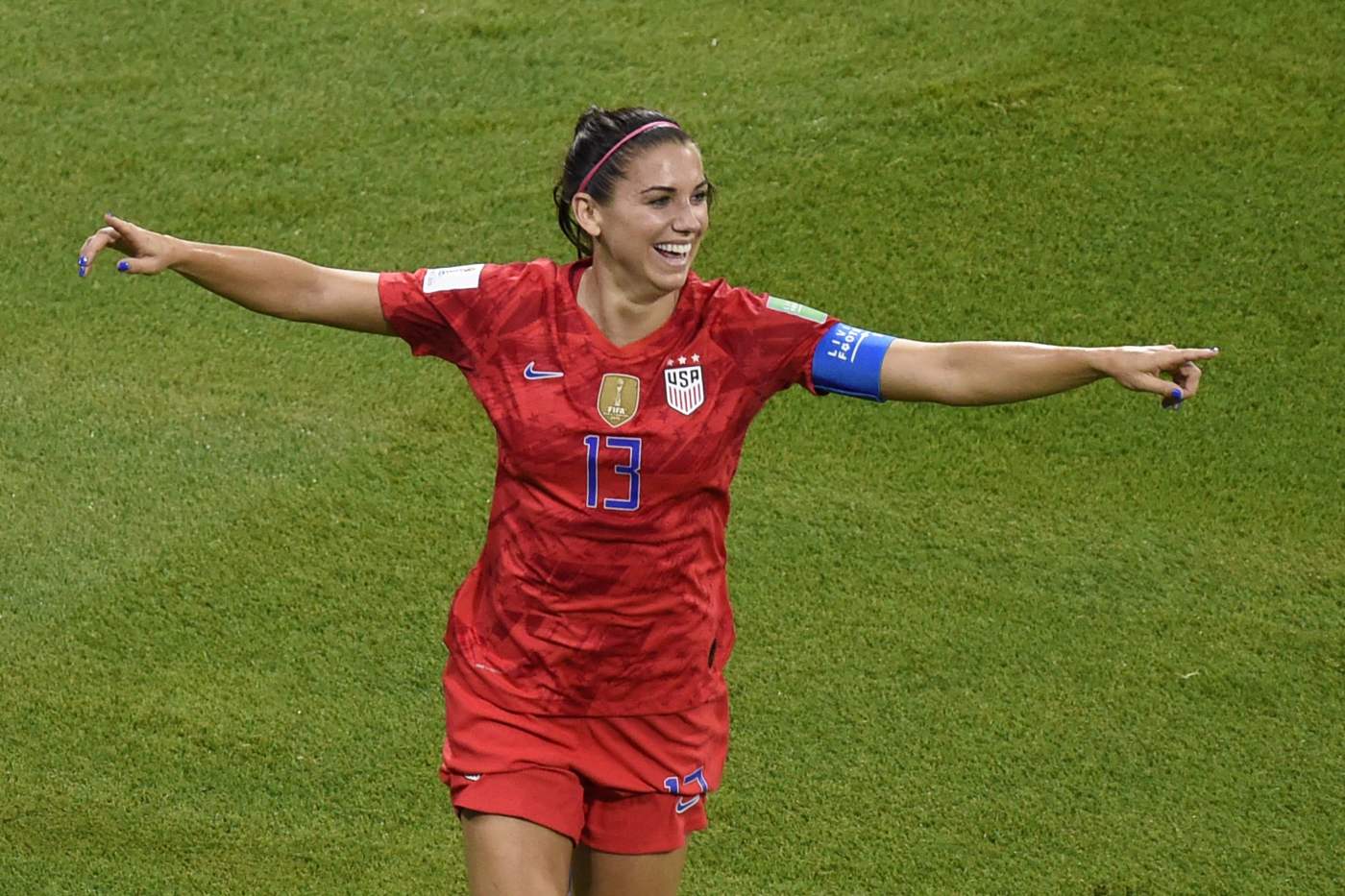 Alex Morgan, who is currently playing for Tottenham after giving birth to her daughter in May, is among the players included on the U.S. roster in advance of the final match of the season against the Netherlands.

Coach Vlatko Andonovski named 23 players Tuesday to the six-day training camp in Europe before the Nov. 27 match in Breda, the team’s first game since March. Megan Rapinoe and Carli Lloyd, two veterans who were on the 2019 World Cup-winning team, were left off the roster.

The United States beat the Netherlands 2-0 in Lyon, France, last year for the Americans’ fourth World Cup title and second in a row. Rapinoe converted a penalty kick and Rose Lavelle scored following a solo run.

Stanford’s Catarina Macario is the lone non-professional on the roster. Although the Brazilian-born Macario recently became a U.S. citizen and was issued a passport, the FIFA process that would allow her to compete with the United States has not been completed.

“We don’t think she’s going to be able to get the permission before this game. But we felt like with the quality of player that she is, this is a good opportunity for her to come in and spend time with the national team,” Andonovski said. “In a way, we wanted to invest in her and her future, so we can make her transition to this team as seamless as possible when she’s ready to play games.”

Andonovski chose players currently based in Europe, including Morgan, Tobin Heath, Christen Press, Sam Mewis, Lavelle and Emily Sonnett. The coach left those players off the roster for a training camp last month in Colorado because of travel restrictions.

In a conference call with reporters, Andonovski said Morgan is not yet fit for a full 90 minutes, but praised her willingness to join Tottenham this season to get in work.

“I personally have a great respect for her, for her decision to go overseas and play, because it’s a tough time,” he said. “It’s a tough time for everyone, and for her to have a newborn with her, go to another country in the middle of a pandemic, just to be able to get back and play the game that she loves and prepare for the next big tournament. I think that deserves lots of respect and lots of credit.”

Morgan, who has 107 international goals, has not played for the United States since the World Cup final.

Andonovski said Lloyd is coming off an injury and Rapinoe was not ready because she has not played. He expected both to be available for the team’s January camp.

“For Rapinoe, she’s in a situation where she was not able to train, obviously, we know she didn’t do the Challenge Cup, the fall series, and she was not able to to train in a team environment,” he said. “So from the physical perspective, in this short camp that we have, we would not be able to help her get up to speed.”