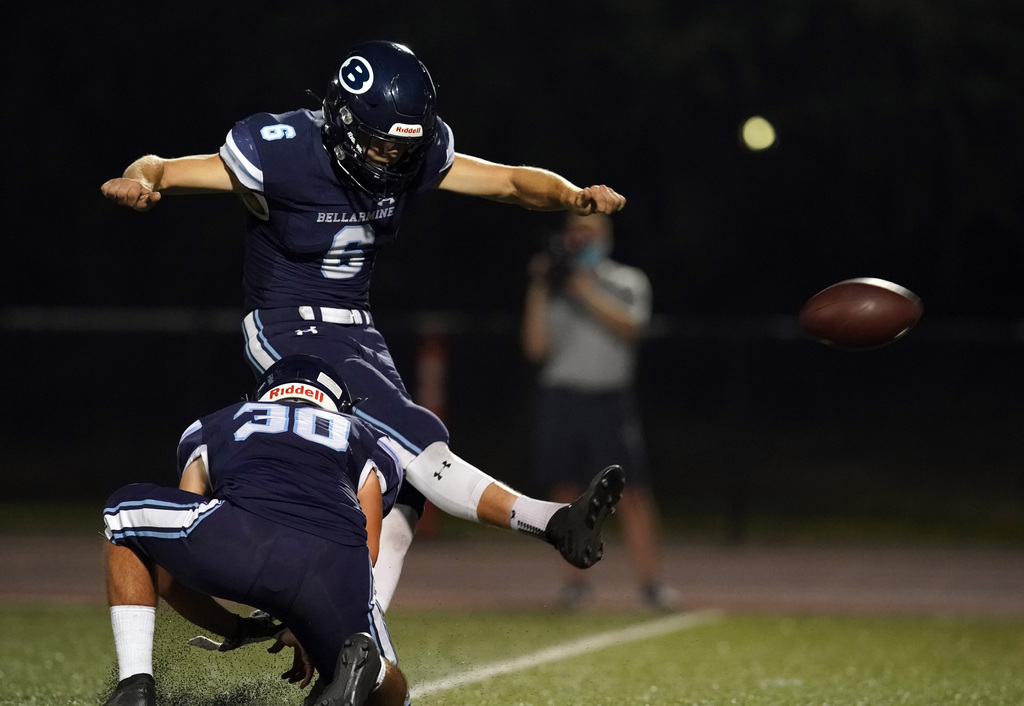 Editor’s note: This is one in a series of Bay Area News Group stories honoring the top football players from the fall 2021 season.

Unanimous first-team all-Bay Valley Athletic League selection. Averaged 43.2 yards per punt, which ranked fourth-best in the state among stats reported to MaxPreps. Six of his 29 punts were downed inside the 20. The Chris Sailer kicking website rated Dorje a 4.5-star prospect and No. 21 nationally among punters in the Class of 2023. “Broke his non-kicking foot in August and still put up great numbers,” Liberty coach Matt Hoefs said.

West Catholic Athletic League’s co-kicker of the year. Doubled as a punter and placekicker. Nine of his 33 punts were downed inside the 20. Averaged 35.1 yards per punt. Finished 43 of 46 on extra-point tries and 6 of 11 on field-goal attempts, with a long of 44. On 67 kickoffs, he had 44 touchbacks. Rated a 4.5 star by the Chris Sailer kicking website, which ranked Raney the 19th-best punter and 23rd-best kicker nationally in the Class of 2023.

Ranked second in the Central Coast Section among kickers in scoring, according to stats reported to MaxPreps. Made 55 of 60 extra-point attempts and 6 of 7 field-goal tries, with a long of 42, to finish with 73 points. Had 40 touchbacks in 84 kickoffs and was named the co-kicker of the year in the West Catholic Athletic League.

The Chicago Bears interview Nathaniel Hackett for their coaching vacancy. Here’s what to know about the Green Bay Packers offensive coordinator.