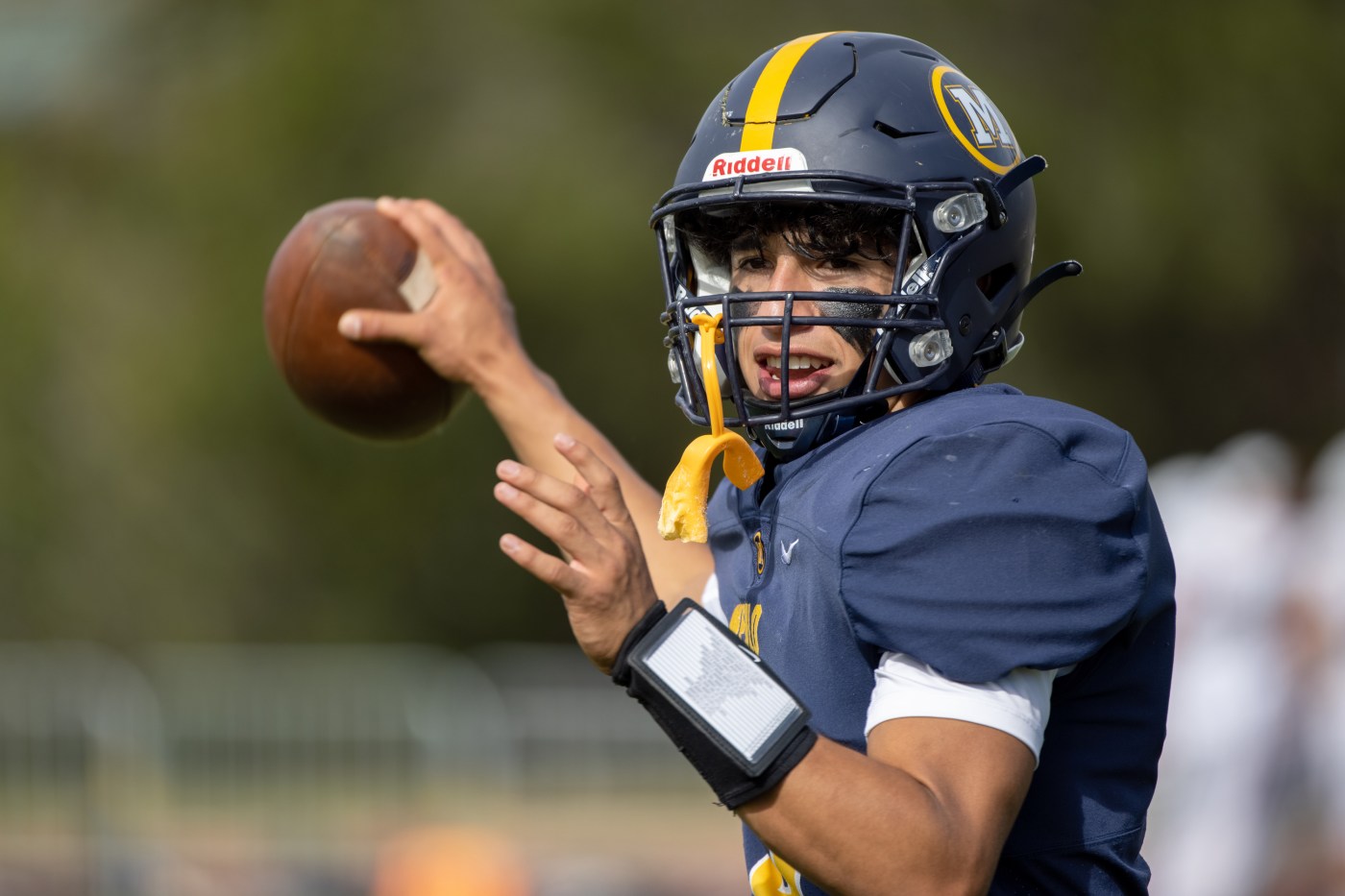 Editor’s note: This is one in a series of Bay Area News Group stories honoring the top football players from the fall 2021 season.

Threw 52 touchdown passes to break the Central Coast Section’s season record while leading the Knights to a runner-up finish in the section’s Division II playoffs and a 12-1 record. Also broke the section’s regular-season record with 44 TD passes. Finished with 3,565 yards passing, connecting on 242 of 338 attempts, and ran for more than 1,000 yards. “Broke records, tough to defend,” one opposing coach said.

Led M-A to the CCS Division I semifinals, throwing for 3,326 yards and 36 touchdowns while completing 68% of his attempts (176 of 258). “We played one of the toughest strengths of schedule in the Bay Area, especially pre-season, and Matt excelled,” coach Chris Saunders said. Threw for 401 yards against Bellarmine, 264 against McClymonds, 390 against Salinas and 307 against St. Francis.

Propelled the Grizzlies to the semifinals of the NCS Division I playoffs, passing for 2,377 yards and 31 TDs. Threw for three TDs in a playoff win over Monte Vista and three more in a season-ending 24-21 loss to Clayton Valley. Had two games in which he threw for five TDs, against Freedom and Amador Valley.

The Bay Area’s most touted quarterback led Pittsburg to a Bay Valley Athletic League title and was named the league’s MVP. Four-star prospect with 22 offers, according to 247Sports. Was limited down the stretch because of a hamstring injury. Didn’t play when Pittsburg beat Clayton Valley to win the North Coast Section Division I title. In 10 games, he threw for 2,076 yards and 25 TDs, connecting on 135 of 233 passes.