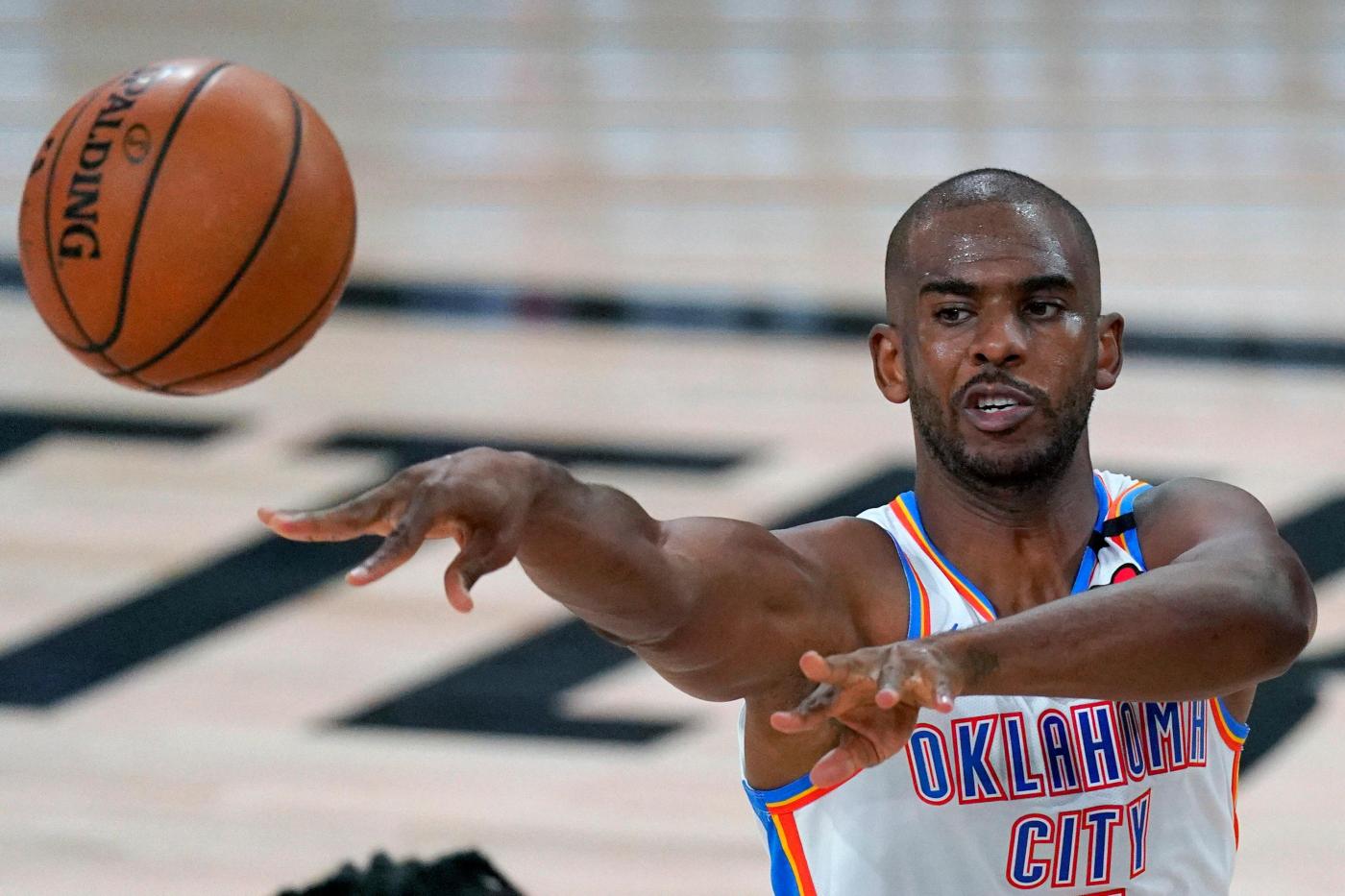 Chris Paul holds a $44 million option for the 2021-22 season, a massive payday that may have kept some teams from trying to trade for the All-Star point guard.

They have a pair of All-Stars in their backcourt now, with hopes the duo of Paul and Devin Booker — one of the league’s most dynamic young scorers — will be enough to get the franchise back to the postseason for the first time since 2010.

The trade sending Paul to the Suns from Oklahoma City was completed Monday night, a blockbuster to start what could be a wild few days of NBA transactions before training camps begin next month.

The particulars: The Suns get Paul and forward Abdel Nader, while the Thunder get Kelly Oubre Jr., Ricky Rubio, Ty Jerome, Jalen Lecque and a protected 2022 first-round pick.

“We are excited to welcome Chris Paul and Abdel Nader to Phoenix,” Suns general manager James Jones said. “Chris’ leadership and competitive approach to the game will have an immeasurable impact on our team. Abdel possesses all the traits on and off the court that will complement our culture.”

Rubio reacted to the trade news with a tweet, several hours before the moves got league approval and could be considered official: “… what a business,” he wrote.

It is a huge leap for the Suns, who went 8-0 inside the NBA’s restart bubble at Walt Disney World in a frantic, but futile, quest to make the playoffs. Paul is owed about $41 million for this season and has that player option for next season, but the Suns obviously felt that is money worth spending.

6 takeaways from the weekend in college football

Combined, he and Booker will make around $140 million in the next two seasons alone. But the Suns now have a starting backcourt that should be as good — or better — than just about any other NBA team.

“We want to thank Chris for the contributions he has made to the Thunder and the Oklahoma City community both this season and during his initial tenure in 2005-06 with the Hornets,” Thunder general manager Sam Presti said. “Chris has been the consummate leader and has left a tremendous legacy in a short period of time.”

It’s the second trade that the Thunder agreed to in a span of two days, the first coming Sunday when they agreed to send Dennis Schroder to the Los Angeles Lakers for Danny Green and the 28th pick in Wednesday’s draft. That transaction will be completed after the draft, a person with knowledge of those particulars told AP.

That trade, along with the Paul trade, could give the Thunder as many as 17 first-round picks in the next seven drafts.

Paul was an All-Star for the 10th time this past season, averaging 17.6 points and 6.7 assists. Phoenix becomes his fourth team in less than four years; he was with the Los Angeles Clippers through the 2016-17 season, then spent two years in Houston, then last year with the Thunder after being acquired as part of the trade that sent …read more