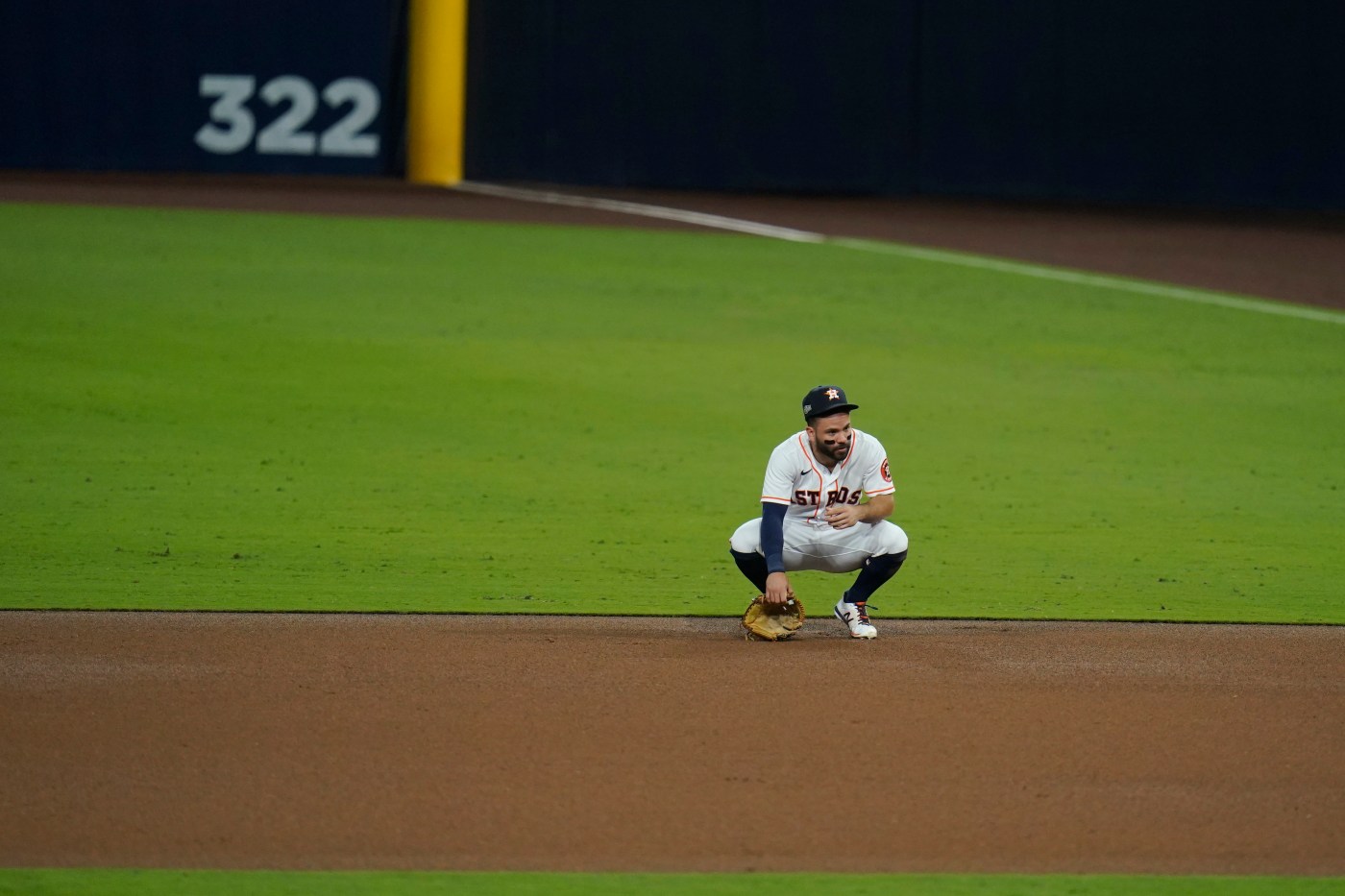 SAN DIEGO — José Altuve was the AL MVP in 2017 when his Houston Astros sometimes knew exactly what pitches were coming.

Now, he doesn’t even know where his own throws are going.

Altuve committed his fourth throwing error this postseason and third of the AL Championship Series on Tuesday night in the sixth inning of Game 3 against the Tampa Bay Rays. The normally reliable second baseman has an undeniable case of the yips, and it’s hurting the Astros badly.

Altuve also made two throwing errors in Game 2 of the series, contributing significantly to the Astros’ 4-2 loss. His three errors in the last two games led to five runs while prolonging rallies that would have been largely shut down by solid defensive play.

The six-time All-Star homered in the first inning of Game 3, but his subsequent error cleared the way for a five-run rally by the Rays, who took a 5-1 lead in the game in their quest for a 3-0 series lead.

With a runner on first, Altuve fielded Brandon Lowe’s grounder and botched a routine toss to second base on an attempted forceout of Randy Arozarena. Altuve bounced his throw past shortstop Carlos Correa into left field with a noticeably unnatural throwing motion, ruining any chance at a double play.

The Astros then removed starter José Urquidy, who had been pitching well before the error. During the pitching change, Altuve stood by himself at second with his hat off while the other three Houston infielders went to the mound. Afterward, they went over to Altuve, giving him encouragement and support.

But the Rays promptly capitalized against reliever Enoli Paredes with back-to-back singles to take the lead. Joey Wendle’s two-run single with the bases loaded put Tampa Bay up 2-1, and pinch-hitter Hunter Renfroe’s two-run double made it 5-1 before the inning finally ended with 11 Rays coming to the plate.

Altuve’s errors contrast sharply with the near-flawless defense being played by the Rays, who have made a handful of sparkling defensive plays in each game of the ALCS.

Altuve’s problems also loomed large over Game 2, in which he bounced two throws to first from shallow right field while playing in a defensive shift. After the second error, Correa took Altuve’s normal spot in the Astros’ shift, and he retained the spot in Game 3.

“You just hope he isn’t getting the yips, because invariably they come in bunches,” said Houston manager Dusty Baker, who gave Altuve a hug in the dugout after the third inning Monday. “Everything comes in bunches. I just told him to flush it. This guy has been awesome for us. You’ve got to flush it and move on, or else it multiplies. I’m sure he’ll do that.”

Altuve also made a throwing error in Game 2 of the first-round series against Minnesota. He committed only four errors during the regular season for Houston, which led the majors with a .991 fielding percentage.