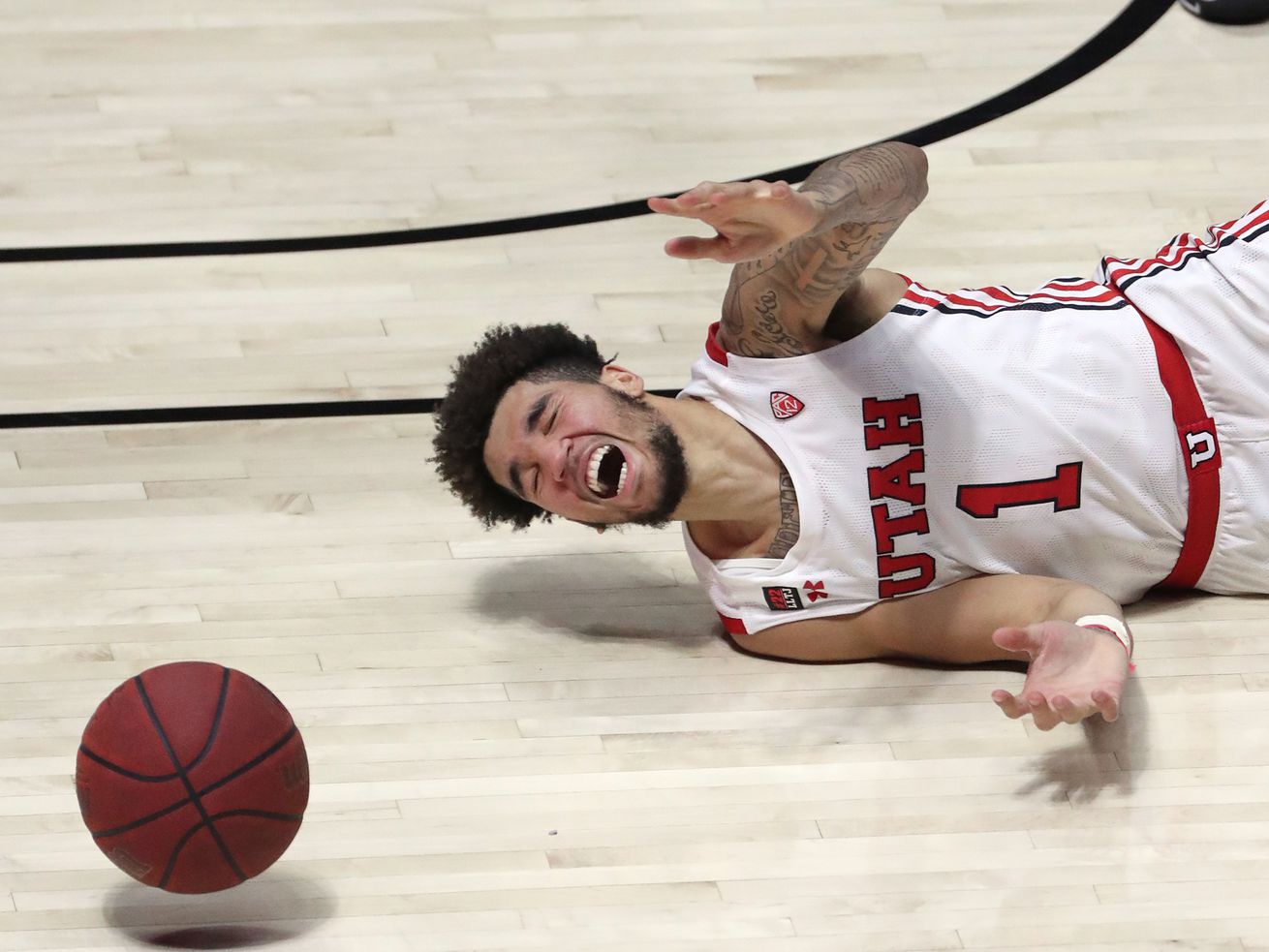 Utah loses its fourth-straight Pac-12 game, and second in a row at the Huntsman Center, by making only 2 of 11 free-throws and blowing another 10-point halftime lead

Timmy Allen drove hard into the paint, was bumped a bit, and couldn’t get a heavily defended layup to fall. That seemed OK, because Branden Carlson was there for the follow dunk.

Nope. Carlson’s flush rimmed out, and he sustained an ankle injury crashing to the floor.

That sequence was a microcosm of the Utes’ afternoon, as they fell 65-58 to Colorado on Monday in a Pac-12 contest that was eerily similar to Utah’s 79-73 loss to No. 17 Oregon two days ago at the Huntsman Center.

The Utes (4-5, 1-4 Pac-12) have some glaring deficiencies, as they’ve shown in their four-game losing skid to arguably the top four teams in the league — UCLA, USC, Oregon and Colorado — but it also should be said that they’ve been a bit unlucky as well.

The play described above came with Utah trailing 57-54 and a couple minutes left on the clock. Had either Allen or Carlson finished, or gotten a call in a game that saw the Buffaloes attempt 24 free throws to Utah’s 11, the outcome easily could have been different.

Then again, there was no guarantee the Utes would have made the tying free throw.

Kurtenbach: What can the Warriors do with James Wiseman?

How bad was it?

The Utes — usually an above-average free-throw shooting team, were 2 of 11 from the charity stripe, including 0 of 7 in the second half. That’s just not a formula for success in a season where almost every game is going to be tight due to no spectators providing a home-court advantage of which to speak.

“With this team, every little thing is a big thing,” said coach Larry Krystkowiak. “We shoot a normal free throw percentage, I don’t know, maybe (we win). I think it is a different game. … We just gotta keep moving forward, keep grinding.”

Krystkowiak didn’t want to make a big issue out of it, but he alluded to the free-throw disparity when he bemoaned Allen not getting a call on the aforementioned attempt, and others.

Allen played point guard the final eight minutes or so of the first half — when the Utes jumped out to a 37-27 lead, the same margin they held against Oregon at the break — and most of the second half and was the catalyst for Utah’s offense.