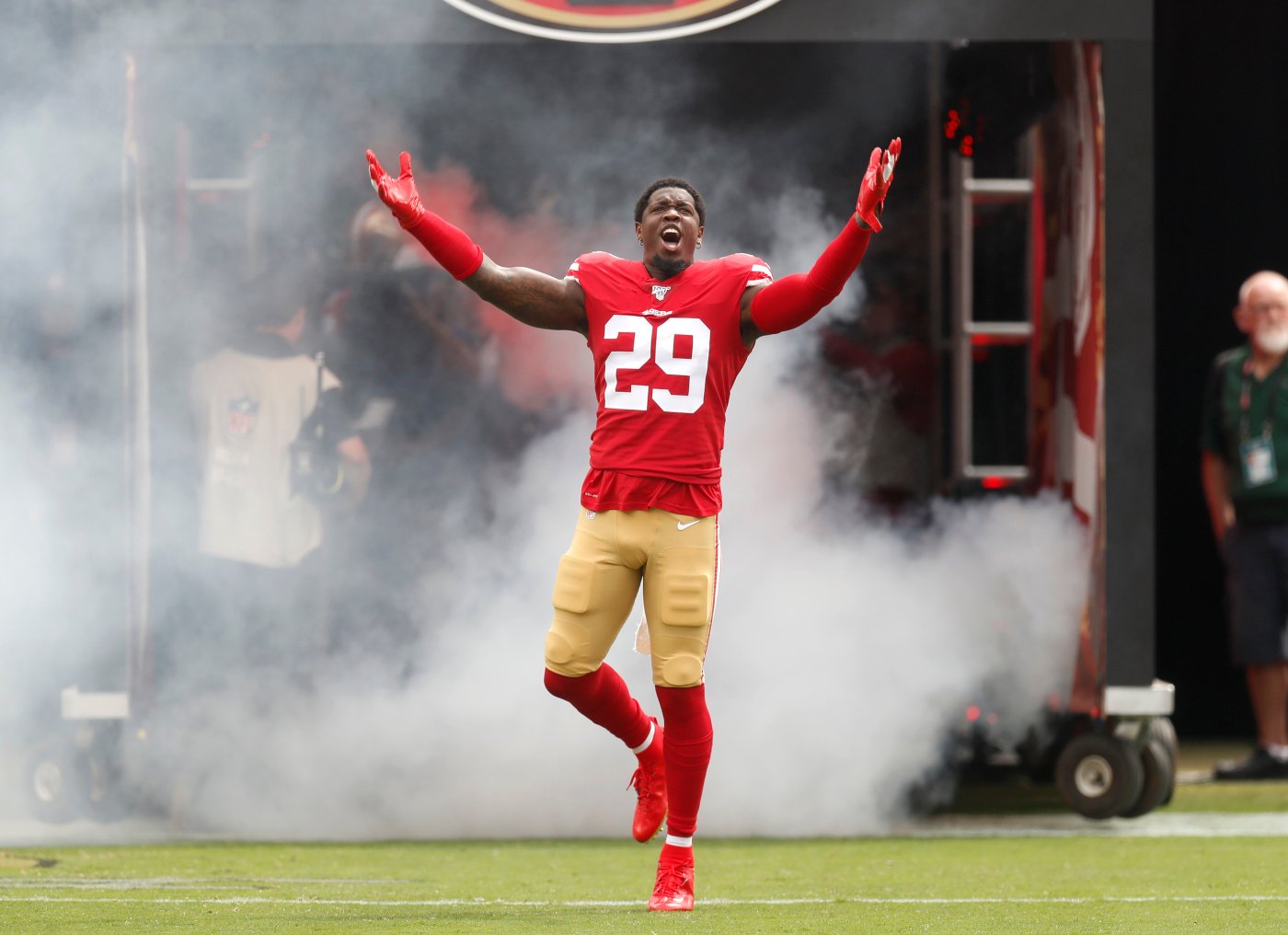 SANTA CLARA — Safety Jaquiski Tartt’s seventh and possibly final 49ers season is over, the byproduct of a turf-toe injury he sustained in last Thursday’s loss to the Green Bay Packers.

Tartt is one of the 49ers’ pending free agents, and he’s been the secondary’s silent leader since arriving as a 2015 second-round draft pick.

The 49ers placed Tartt on Injured Reserve on Wednesday. Coach Kyle Shanahan said on KNBR 680-AM that Tartt would not be returning for their final seven games.

Marcell Harris, Tarvarius Moore and Johnathan Cyprien are the 49ers’ experienced options to replace Tartt and pair him with free safety Jimmie Ward in Sunday’s starting lineup at the New Orleans Saints.

It’s the third time in four years an injury prematurely ended Tartt’s season. He missed four games last December with a rib injury before returning for the playoff run to Super Bowl LIV.

He’s played in 66 of 89 games since 2015, missing time because of injuries to his knee, quadriceps, arm, shoulder, groin and now toe.

Nick Bosa and Solomon Thomas are the 49ers’ only other defensive starters officially ruled out this season, although Dee Ford and Richard Sherman have not played since the season opener. Sherman returned to practice this week and has a chance of playing Sunday.

The Broncos tallied 6 sacks against the Dolphins. Here’s how they fared when reaching that mark.