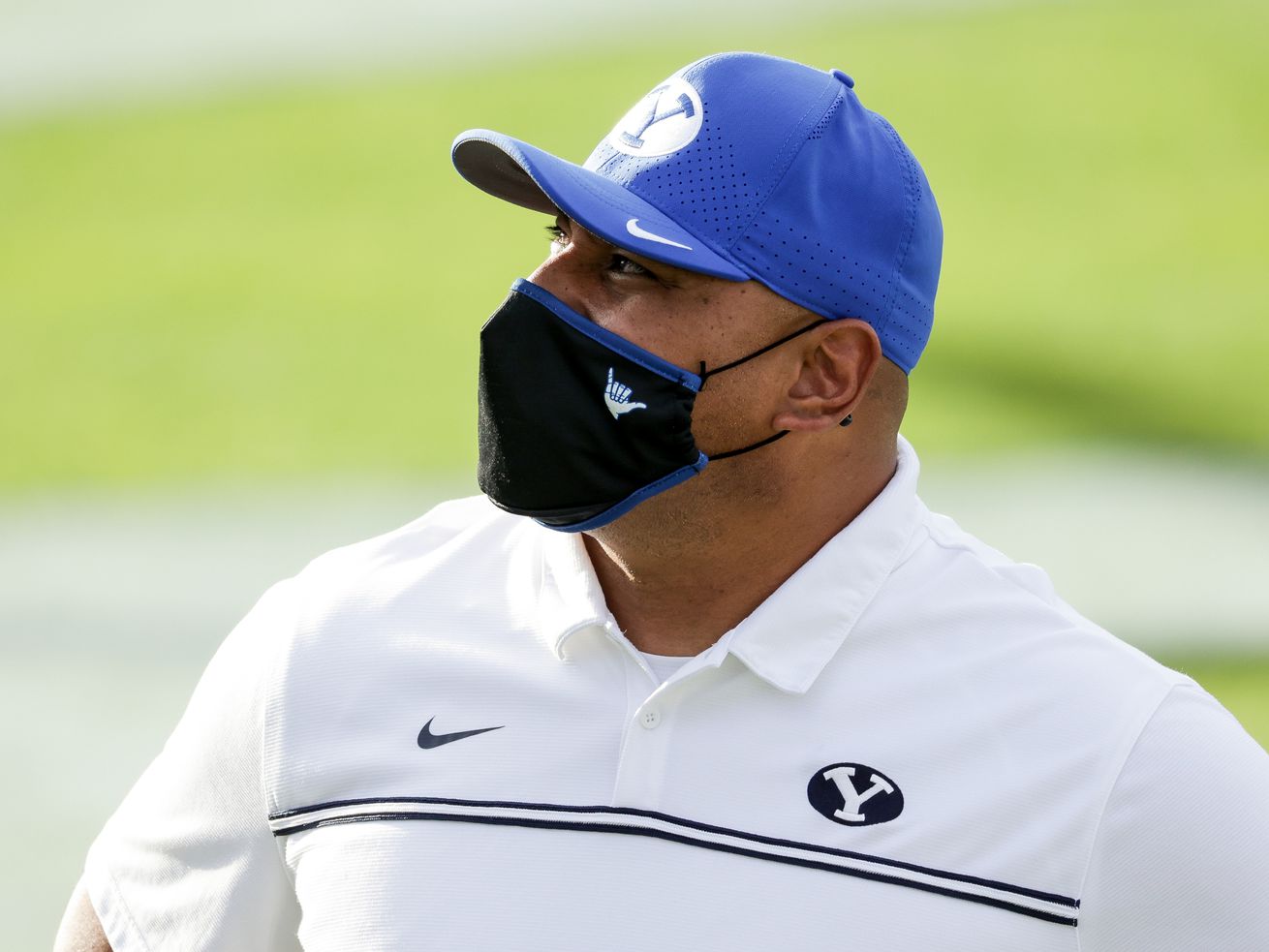 BYU football coach Kalani Sitake comes off the field after his team’s 27-20 win over the UTSA Roadrunners at LaVell Edwards Stadium in Provo on Saturday, Oct. 10, 2020. The Cougars play a big game Friday night on the road at Houston, where they are likely to face a much tougher test in front of a national TV audience. | Spenser Heaps, Deseret News

BYU is riding high with a 4-0 record, a red-hot quarterback and its best national ranking since 2014. But it could all come crashing down Friday on ESPN if it can’t handle Houston’s explosive playmakers and spectators in the seats for the first time in 2020

HOUSTON — Whether it is called BYU’s Big Moment Part II, just another matchup with a non-Power Five foe, or something in between, Friday’s game at talent-laden Houston has to be considered one of the most important of the disjointed 2020 college football season for the No. 14 Cougars.

It might not even be a stretch to suggest that it is the biggest game in years for BYU, given the 4-0 Cougars’ trajectory and newfound status as a media darling with a swashbuckling quarterback, creative play-caller and courageous head coach who hasn’t seen a fourth-down situation he doesn’t believe the aforementioned can’t conquer.

Kickoff is at 7:30 p.m. MDT in front of a national television audience on ESPN and a smattering of 10,000 or so spectators at TDECU Stadium, marking the first time this season BYU will play with people in the seats. The stakes are incredibly high, at least to those who subscribe to the notion that this pandemic-altered season still means something and BYU will have to run the table to reach its only avenue for remarkable postseason glory, a berth in a New Year’s Six bowl game.

“Oh, it is going to be really fun,” said soft-spoken junior receiver Gunner Romney, fringe Heisman Trophy candidate Zach Wilson’s most explosive weapon. “It is a Friday night game, so we are going to have the whole country watching.”

“Oh, it is going to be really fun. It is a Friday night game, so we are going to have the whole country watching.” — BYU receiver Gunner Romney

Watching to see if the Cougars are legit, or if last Saturday’s 27-20 grinder over unsung UTSA exposed a team that got sated and fat, and nationally ranked, on an array of cupcakes.

“We are fired up because we have been hearing that, ‘Oh, your strength of schedule is … whatever,” Romney said. “Houston is a good team, so we are excited for the challenge and we are ready to amp it up this week.”

Independent BYU’s first venture into the nation’s consciousness, Big Moment Part I, was a smashing success Labor Day night as the Cougars wrecked Navy 55-3 when football-starved fans everywhere tuned in and, for most of them, got their first glimpse of the potential BYU had to make this a special season.

But Friday’s opponent, albeit also from …read more