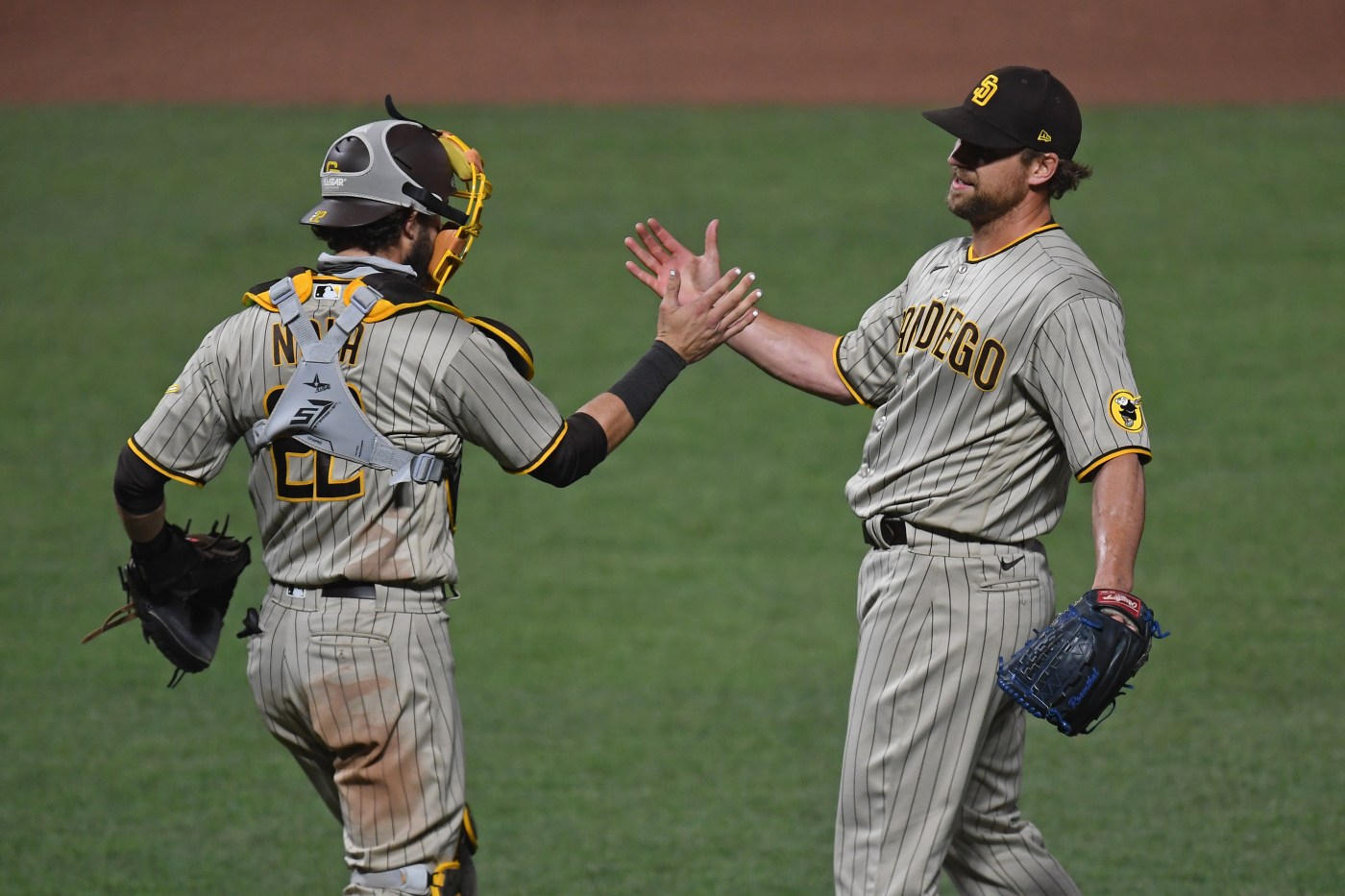 The injuries continue to pile up for the Oakland A’s, turning a rough start to the 2021 season into a tumultuous one.

Trevor Rosenthal underwent successful surgery for his Thoracic outlet syndrome on his right throwing shoulder on Thursday, the A’s announced. Rosenthal was diagnosed with severe neurovascular compression. Dr. Gregory Pearl at the Baylor Scott and White Heart and Vascular Hospital in Dallas performed the operation, removing his first rib, a pec minor release and scalene release. He will return to Dallas for a re-evaluation in eight weeks.

A’s head athletic trainer Nick Paparesta said Rosenthal started to experience numbness in his fingers and pain in his shoulder and chest after his final start during spring training. He came to trainers with the issue during the workout in Oakland the day prior to the season opener.

“He was not able to sustain his velocity for a long threshold of time,” Paparesta said.

Of concern is when Rosenthal can begin making repeated motions again after surgery, so the timetable will be clearer once Rosenthal is reevaluated. But several A’s players have had this operation and returned within a three-to-four-month time frame, Paparesta said. Pitchers Frankie Montas, Andrew Triggs and Daniel Gossett are among the current and former A’s to have the procedure.

Rosenthal, who the A’s signed to an $11 million contract this offseason, is unlikely to start throwing before the three-month mark after the procedure. Rosenthal made four appearances with the A’s in Cactus League, allowing one earned run with three walks and four strikeouts over four innings.

The logical next question with Rosenthal out is: Who will close games for the A’s? After taking all of two leads throughout their first seven games — winning one and losing most by a large margin — there’s been little need to identify a go-to closer.

Rosenthal book-ending games for the A’s in place of a now-departed Liam Hendriks was supposed to give this roster a significant boost; if the A’s didn’t have Hendriks, Rosenthal was one of the better options to fill his shoes. It would have allowed manager Bob Melvin to mix-and-match bullpen arms from innings six-through-eight. With the ninth inning wide open, who will fill Rosenthal’s closer spot? It might not be one guy.

“It’s not ideal to use Jake in the ninth inning,” Melvin said. “A lot of times his spot, or what he’s used to, comes up before that. Sometimes in the eighth, you look at the lineup here there are a couple left handers you target for him. Hopefully, if we can keep moving forward with Lou, maybe he gives us an option to close as well and/or pitch the eighth inning depending on matchups. He’s pitched really well for us, just that one pitch to (Yordan) Alvarez over at our place. Other than that, he had a terrific spring and has pitched really well. We’ve seen what Lou can accomplish when …read more