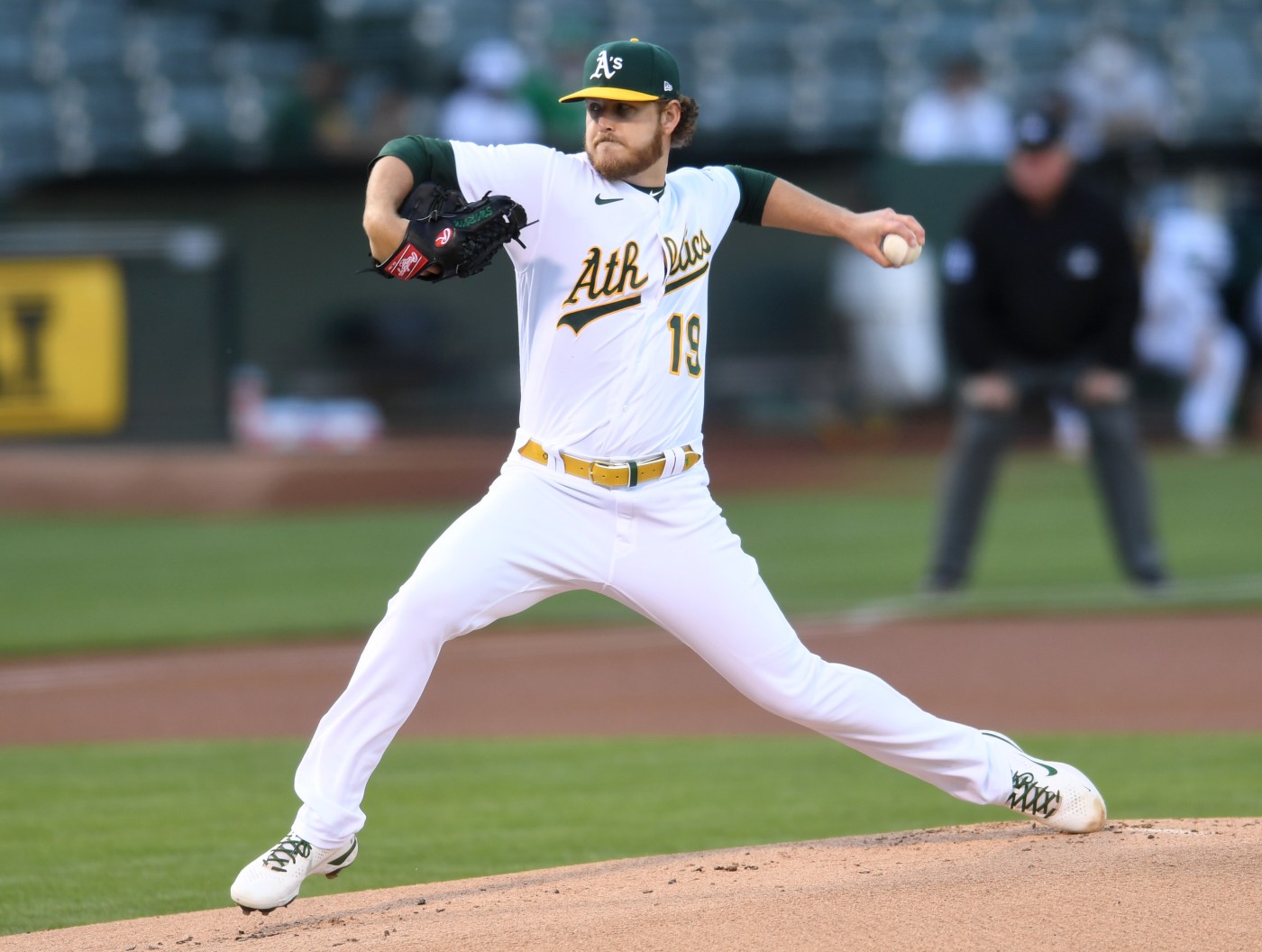 Cole Irvin went from a self-proclaimed “temporary” placeholder for Mike Fiers in the rotation to one of the A’s most consistent and downright irreplaceable starter.

Irvin delivered the best outing by an A’s starter yet, going eight innings against the powerful Toronto Blue Jays in the A’s to a 4-1 win on Tuesday. The outing extended his four-start streak in which he’s posted a 1.44 ERA with 28 strikeouts and three walks.

Tuesday, he allowed just one run on three hits and finished his outing with nine strikeouts and one walk.

Manager Bob Melvin has fielded plenty of questions about how he’d manage a five-man rotation with six viable starters. He stayed firm in his answer that everything tends to play itself out. With Jesús Luzardo out for a good chunk of the next month with a pinky fracture, Irvin’s performance of late has gone from a pleasant luxury to a pillar of the A’s pitching staff. He leads the rotation with a 3.09 ERA.

Irvin didn’t need much support. He held the Blue Jays to just one hit through five innings, methodical about mixing his fastball arm side and sinker glove side along with his trusty changeup.

Marcus Semien, pretty comfortable hitting at the Coliseum, hit a RBI double in the sixth inning to notch one run on Irvin.

Marvel Studios & Disney+ | SUPER BOWL 2021 | Promo
Keeler: Nikola Jokic is a bona fide star. So when are NBA referees going to start treating the Nuggets center like one?
SHARES
ShareTweet