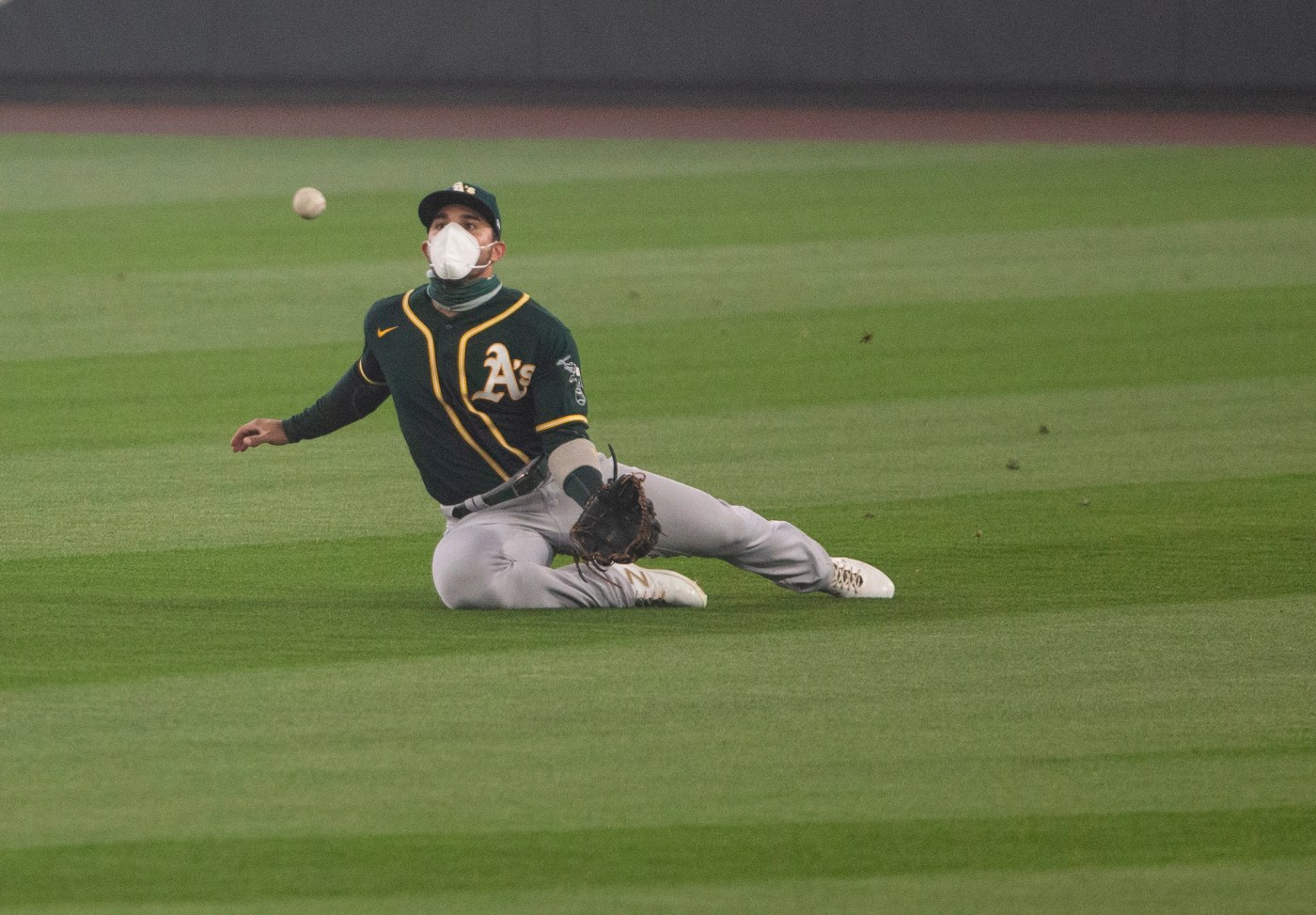 The air quality in the Bay Area is looking a lot healthier since the Oakland A’s were here last week.

It should be a welcome sight for a team that’s endured some difficult conditions and travel schedule quirks over the course of the half-week.

The A’s will leave Colorado having played a doubleheader in Seattle’s unhealthy air and Denver’s thin air within a 24-hour span. Compound that with a schedule that had the A’s play four games in three different time zones between Arlington, Seattle and Colorado in under 72 hours. The A’s were wearing it all in a listless 3-1 loss to the Rockies Tuesday night.

“We did look a little run down yesterday,” manager Bob Melvin said. “I hope we aren’t today.”

Jesús Luzardo voiced his discomfort with pitching in air with an air quality index well above 200 in Seattle, saying after the Game 1 loss of a doubleheader:

“I’m a healthy 22-year-old, I shouldn’t be gasping for air, or missing oxygen when I’m getting to the line. I’ll leave it at that.”

After a Game 2 win, Melvin said no one in the league or at the facility uttered a word about the games possibly being postponed.

“It is what it is,” Melvin said Wednesday. “It was jut a tough night to have to play in that and hopefully we’re past having to play in those types of conditions.”

Their comments had a clear impact as the San Francisco Giants, Mariners series that followed was postponed at T-Mobile Park due to poor air quality and rescheduled for a doubleheader in San Francisco Wednesday.

The SF Giants’ bullpen looks ready for the postseason. The rotation remains a major question.

“I doubt my comments have that kind of impact,” Melvin said before Wednesday’s game in Colorado. “I would think Jesús’ maybe more so.”

After hectic week, A’s have nothing left for Rockies

A’s Melvin happy to escape smoky Seattle: “You felt it, for sure”

World Series will be hosted at Rangers’ new ballpark, AL playoff series based in Southern California

“I shouldn’t be gasping for air:” In a smoky haze, A’s split doubleheader against Mariners

The A’s will have their first off day Thursday since the COVID-19 positive test within the organization put them on a four-day hiatus from Aug. 30 to Sept. 4. They could be returning home to clearer skies than those they left for this treacherous road trip, too.

“I’m glad the weather looks good there,” Melvin said. “It looks good here and hopefully it’ll be better for us in the coming days.”

Frankie Montas is on paternity leave due to the birth of his daughter, Ellie, on Tuesday. The A’s …read more