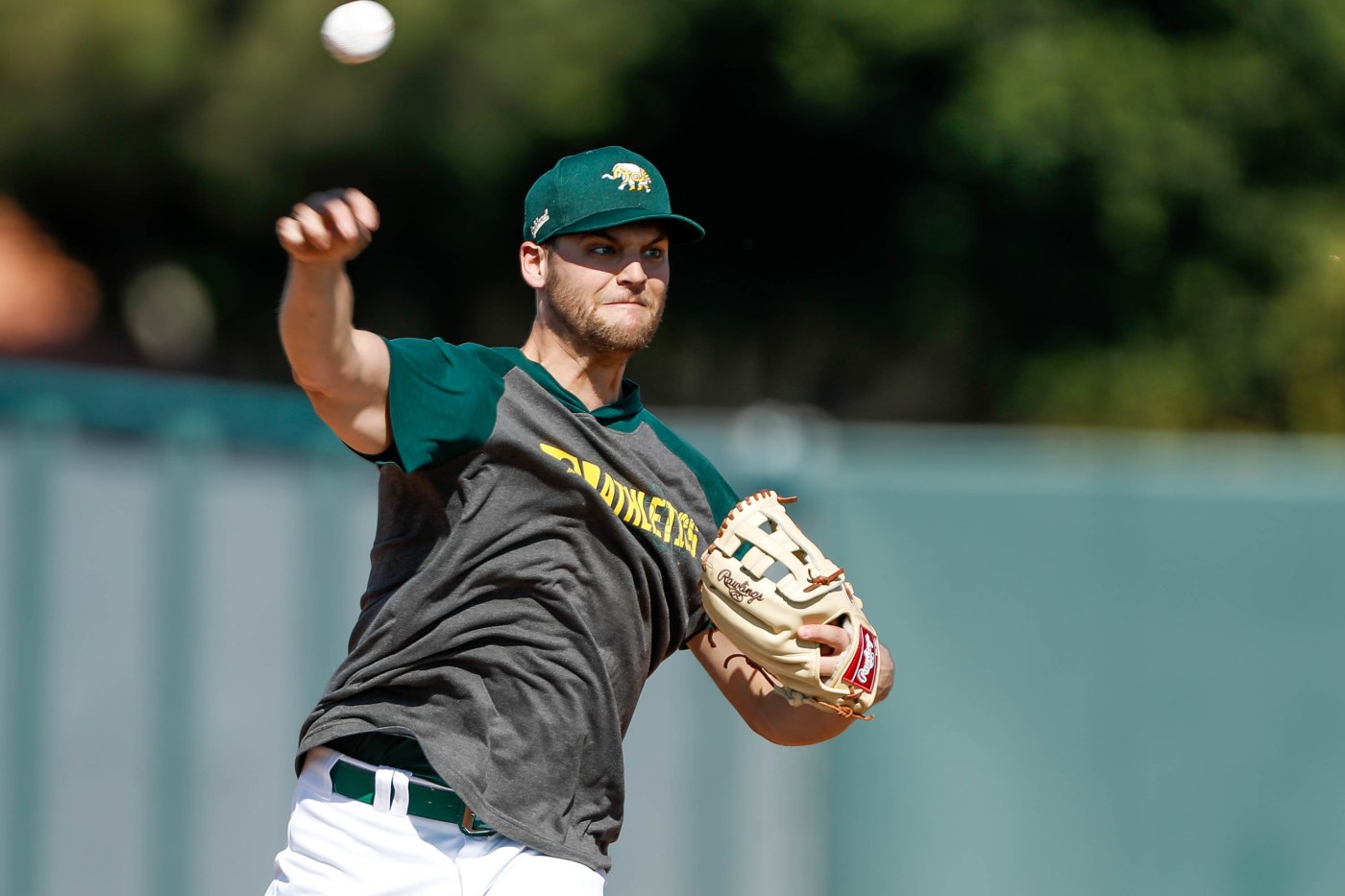 After the A’s announced earlier Saturday that third baseman Matt Chapman would have surgery on his right hip and miss the rest of the season, manager Bob Melvin had more bad news on the injury front after Oakland’s double-header with the Texas Rangers.

After the A’s beat the Rangers 10-1 in the second game to split the doubleheader, Melvin said utility player Chad Pinder has a right hamstring strain.

“And that’s probably not good, either, to tell you the truth,” said Melvin, who added later that Pinder would likely end up on the injured list.

Pinder was thought to be one of the main replacements at third base for Chapman, a two-time Platinum Glove winner who hit 36 home runs and had 91 RBI last season. Prior to Saturday, Pinder had played in three games at the third this past week while Chapman was still being evaluated.

After the A’s announced the Chapman news, Melvin said early Saturday afternoon that Vimael Machin would start the first game of the doubleheader at third base and Pinder would play third in the nightcap.

In the first game, Pinder pinch hit for Tony Kemp in the fifth inning with two out and one runner on. Pinder struck out to end the inning, and remained in the game as the A’s third baseman, with Machin moving to second base.

Melvin said Pinder was injured when he fielded a ground ball.

“First move he made going after it, he could feel (the hamstring injury),” Melvin said, “and then after the game, obviously we couldn’t play him in the second game, unfortunately.”

In the second game, Machin played the first six innings at third before he was moved to shortstop. Tommy La Stella then moved to third.

If Pinder, a right-handed hitter, is unable to play again in the near future, it’s likely Machin and La Stella will take over a lot of those reps at third base.

Pinder was hitting .231 with two home runs and seven RBI in 52 at-bats this year. Before Saturday, he was 4-for-12 (.333) in five games since he was reinstated from the paternity on list Aug. 31. He was 9-for-30 against right-handed pitchers this season, but both of his home runs came against lefties.

“(We’re facing) some lefties coming up too, so it’s not great timing obviously for him,” Melvin said.

A lot of Pinder’s value, though, came in his versatility. He spent a lot of time at second base to start this season, and had started at least one game at seven different positions in each of the previous two seasons.

Pregame notes: News not all bad on injury front for A’s