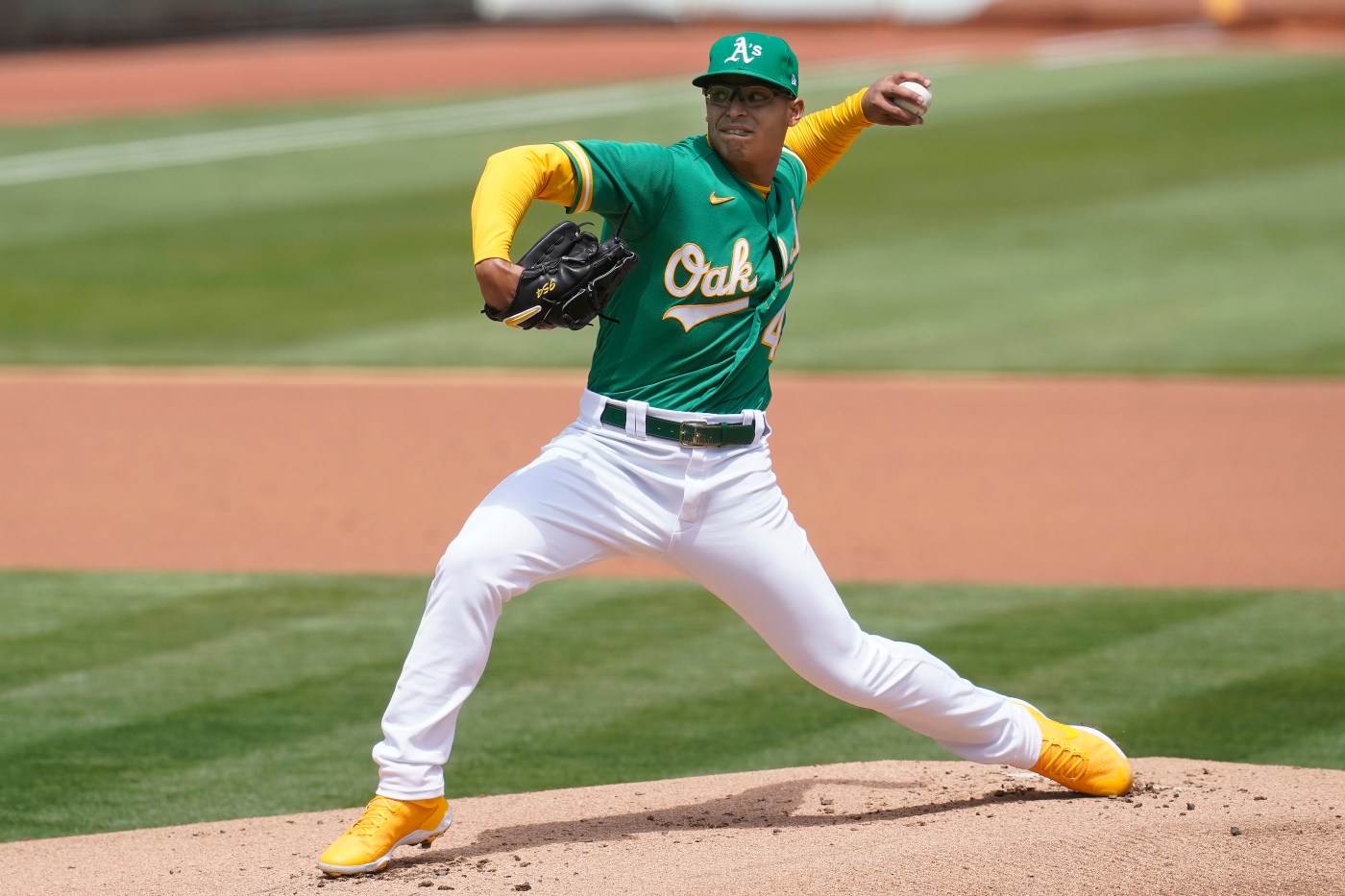 OAKLAND, Calif. — Jesús Luzardo has played video games all his life. The Oakland lefty will continue to do so with fervor, even after the embarrassment of breaking the pinkie on his pitching hand while gaming.

Luzardo has apologized to his teammates and Athletics manager Bob Melvin for the accident, which occurred Saturday when he banged his hand into a table while playing a video game four hours before a start.

Luzardo is out indefinitely with a broken bone in his finger.

“It was an immature mistake and it was a stupid mistake. But I still made a mistake and that’s something that I’m going to learn from and I’m not going to do again,” he said.

Luzardo noted it’s not as if he threw his hand down in anger or out of frustration — it was merely bad luck, he said.

On a Zoom video call, Luzardo demonstrated how his hand came out to his side and hit the top of a table, what he called a reaction to something that happened in the game. He didn’t share what game he was playing.

In hindsight, he might not have tried to pitch through it the way he did against Baltimore. Even though his hand became swollen within minutes of the injury, Luzardo convinced the A’s he would be fine to make his start.

Luzardo gave up six runs and five hits in three innings to take a loss in the 8-4 defeat to the Orioles.

“I said I was fine. Maybe subconsciously, I had Adrenalin. I wanted to go out there and pitch, maybe it did (affect me),” Luzardo said. “I’m not one to make excuses so I don’t think it did. I thought I felt good.”

An X-ray after the game revealed a hairline fracture. He will use a splint to protect the finger — and in time will get back to his video game fun.

“When I get back I’m going to play. I’ve played video games my whole life, this never happened to me,” he said. “I don’t plan on hitting my hand again, maybe I move a little farther away from the table next time.”

Luzardo’s teammates have been supportive about the freak injury. He assured them all it “won’t happen again.”

“I felt bad. I went and I apologized to the team. I said what I had to say, what I felt was right to say,” Luzardo said. “I felt like they did have my back.”