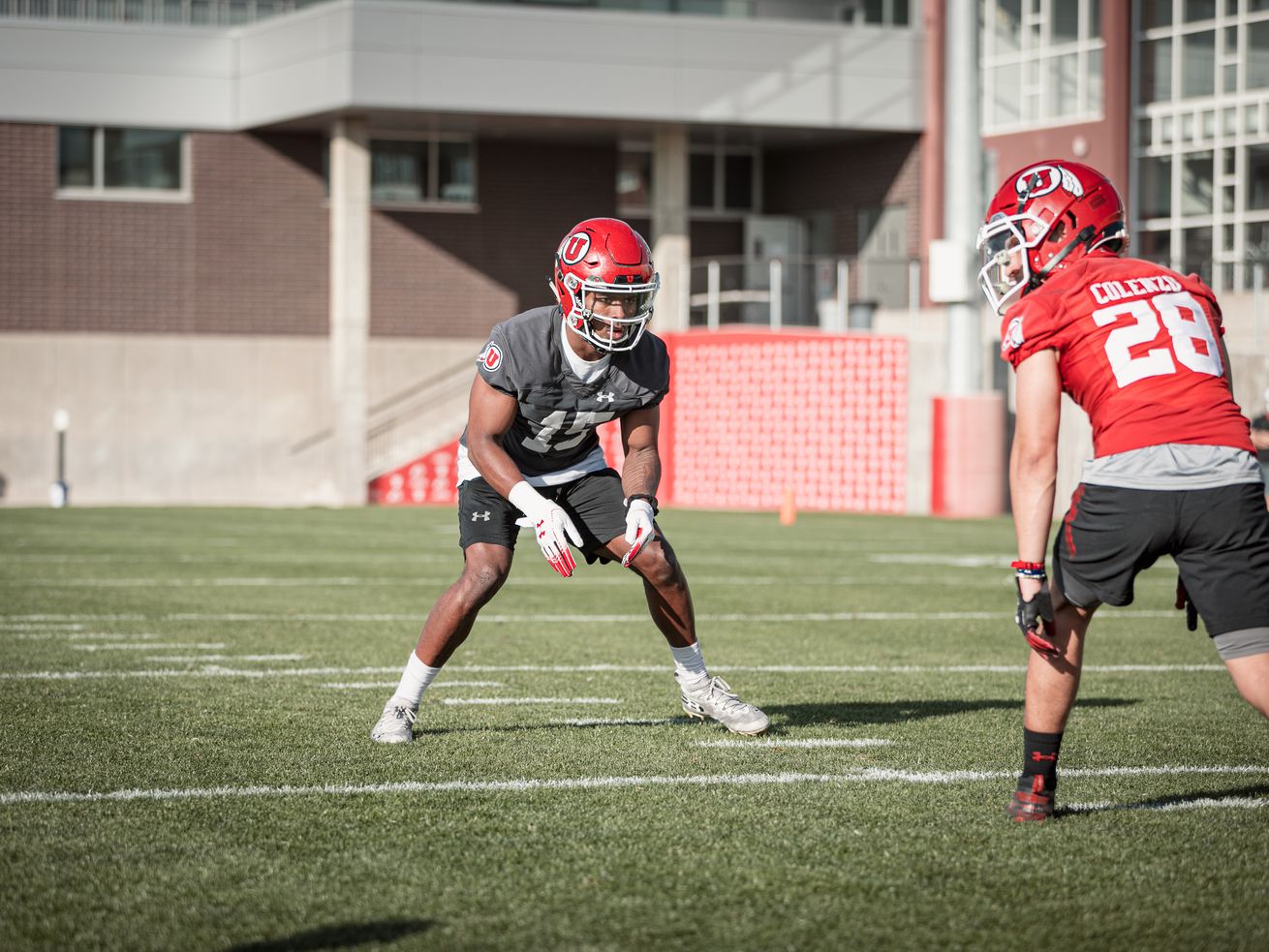 SALT LAKE CITY — Wednesday will be a big day for the Utah Utes. After completing the NCAA’s acclimatization period, they’ll be allowed to wear full pads and have full contact.

It’s been a while thanks to the coronavirus pandemic. Spring football ended following three practices, with only the last one in helmets and shoulder pads. As the Nov. 7 opener against Arizona approaches, the Utes have scrimmages set for the next two Saturdays.

This week, thus, carries a lot of importance. The extensive live work is the first for the team since Alamo Bowl preparations last December.

“We’re excited to start to find out who we really have, and you don’t do that until you get the pads on,” said Utah coach Kyle Whittingham.

Evaluations began in earnest Monday when shoulder pads were permitted after the first two days of camp when helmets were the only protective equipment allowed. Whittingham noted that the opening sessions went well and “they’ve just got to keep rolling.” The clock is ticking, he added, and they’ve got to be ready.

Tempering the tackling, though, could be an issue with a lot of freshmen and sophomores in the program. The Utes have it covered. They’ve already started hitting — wearing upper pads and doing everything but tackling people to the ground — as camp got physical this week.

“We do get to put the full gear on Wednesday, which will allow us to tackle and liven things up in certain situations,” said Whittingham, who added that they haven’t seen a bunch of the guys ever in pads with so many new players in the program.

“It’s going to be good to get an early barometer or gauge on what they are physically,” Whittingham said. “That’s something that we’ve been looking forward to, for gosh, three months now.”

Quarterback Jake Bentley, who played in just one game in 2019 because of injury, is eager for camp to evolve to the stage of wearing full gear.

“I think for me it’s going to be the most real feeling that I’ve had in a while on the field as far as just getting back to normal, back to what football is supposed to feel like,” Bentley said. “And that’s full pads. That’s contact. That’s hearing the pads pop.”