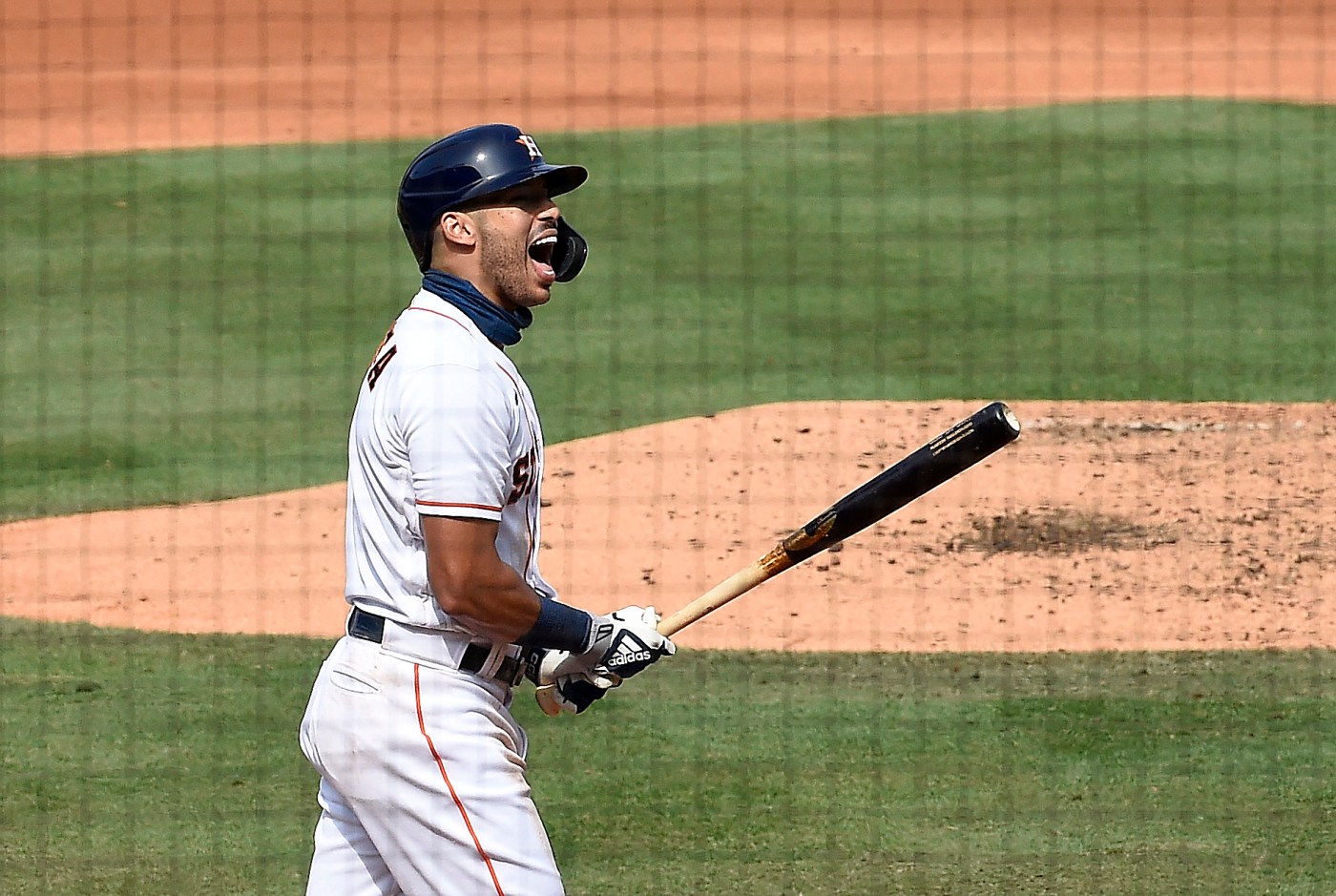 Though there was room for resentment, the Astros expressed nothing but respect for the A’s after closing out their postseason series with Oakland in four games.

The A’s scored a pair of runs in the ninth inning of Game 4 Thursday but ultimately fell short of another comeback, losing 11-6 as the Astros advanced to the American League Championship Series.

“They were threatening,” said Astros manager Dusty Baker of the A’s. “They didn’t quit and when that final out was made you feel a great sense of relief.”

In the end, the Astros sent the A’s home by stringing together at-bats, getting timely contributions from their bullpen and leaning on their championship experience. The Astros’ core of Carlos Correa, George Springer, Jose Altuve and Alex Bregman has reached its fourth straight ALCS.

Houston will take on the winner of the division-round series between the Yankees and Rays one year after former Astros pitcher, and current A’s starter, Mike Fiers blew the whistle on Houston’s sign-stealing controversy that made them the most hated team in Major League Baseball.

After expressing throughout the season and postseason a desire to prove the haters wrong, Houston did an about-face after finishing off the A’s — aside from a winking tweet fired off by Houston catcher Martín Maldonado shortly after the final out.

“Absolutely not,” Correa said when asked if the controversy motivated the team. “We were motivated because we want to win, we want to bring another championship to the city of Houston. We know what it feels like, and we wanted to feel like that once again.”

Broncos Mailbag: Why is receiver DaeSean Hamilton continuing to get playing time?

Added Astros outfielder Michael Brantley: “I don’t know that we made any certain statement. I just know we played great baseball and we played a great team over there. We played a clean series, and we got the win.”

Such an accomplishment might have been made sweeter by eliminating an A’s team that not only featured Fiers, but also won the season series 7-3, and broke Houston’s streak of three straight AL West division titles this season. The regular season included an incident in which A’s outfielder Ramón Laureano charged the Astros’ dugout after being hit by a pitch and egged on by Houston coach Alex Cintrón, triggering multiple suspensions.

No punches were thrown this week, but these four ALDS games were a slugfest. With 55 combined runs, both teams got hits from everywhere in the lineup, and no lead was ever safe.

The A’s jumped out in front with Laureano’s three-run homer off Zack Greinke in the second. But the Astros used home runs from Brantley and Correa in a five-run burst against Frankie Montas in the bottom of the fourth to take the lead. Another homer by Laureano in the top of the fifth cut the Astros’ lead to one, but Houston banged in six runs in their next three times at bat to take a commanding lead.

“I’m glad for the city of Houston,” said Baker, who is his first year as …read more