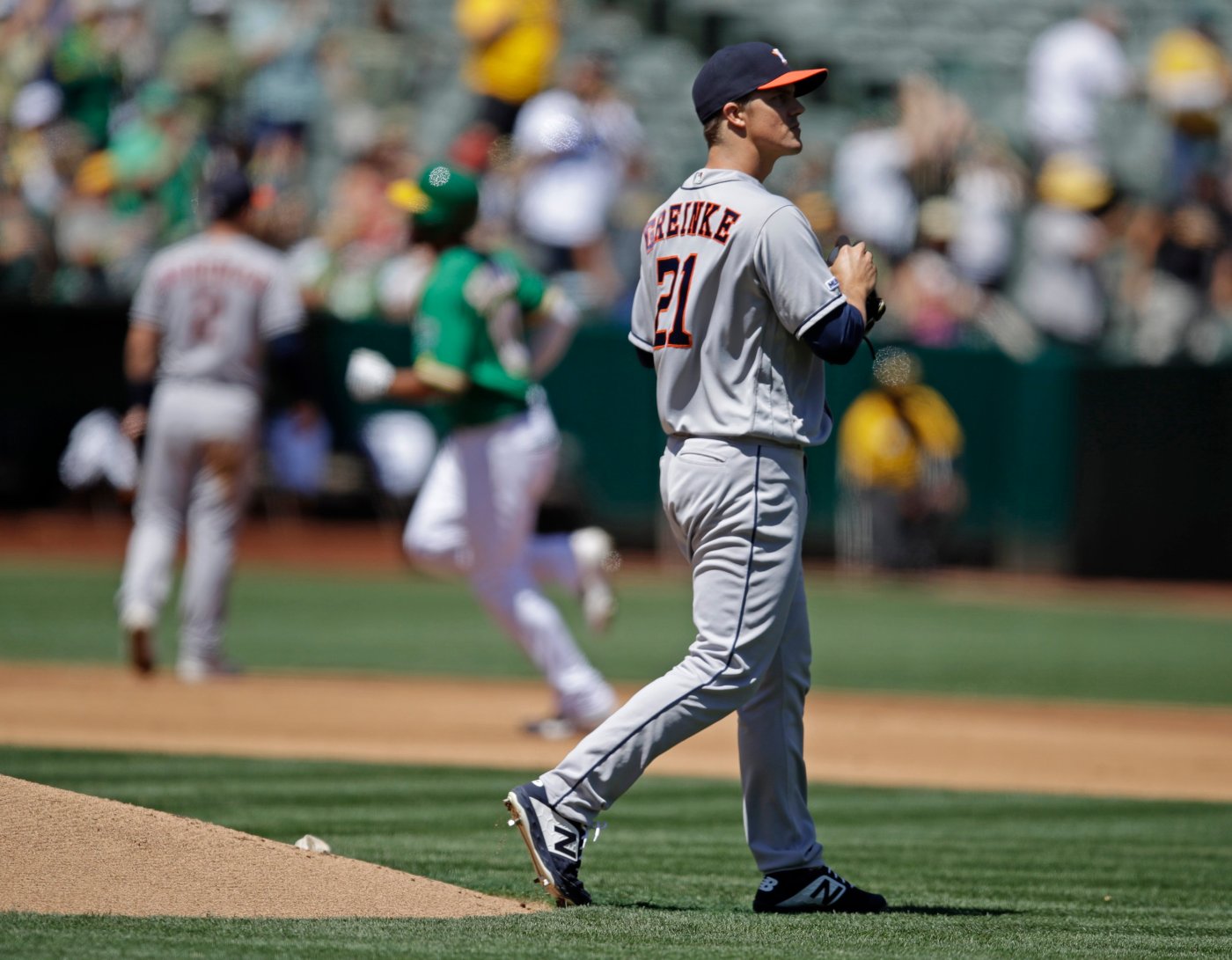 Zack Greinke will start Thursday as the Houston Astros try to advance to the American League Championship Series for the fourth straight year.

“I’m hoping to get as many quality innings as (Greinke) can give us and not have too many bullpen innings,” Baker said Thursday. “We have our plan for today and we do have a tentative plan for tomorrow, but we will put that in play tomorrow if we have to.”

Dealing with an ailing right arm, Greinke hasn’t pitched since Game 1 of the wild-card series against the Minnesota Twins. Team doctors determined there was no structural damage to the arm, clearing the way for Greinke to make his American League Division Series debut.

According to Baker, reliever Cristian Javier is available Thursday, while right-hander Enoli Paredes “is a maybe” out of the bullpen.

Greinke has made 17 previous postseason starts. His teams have gone 9-8 in those games, and Greinke’s postseason ERA is 4.13.

What the Athletics and Astros are saying before ALDS Game 3

In the wild-card round, he allowed a run and two hits in four innings, helping Houston defeat Minnesota 4-1.