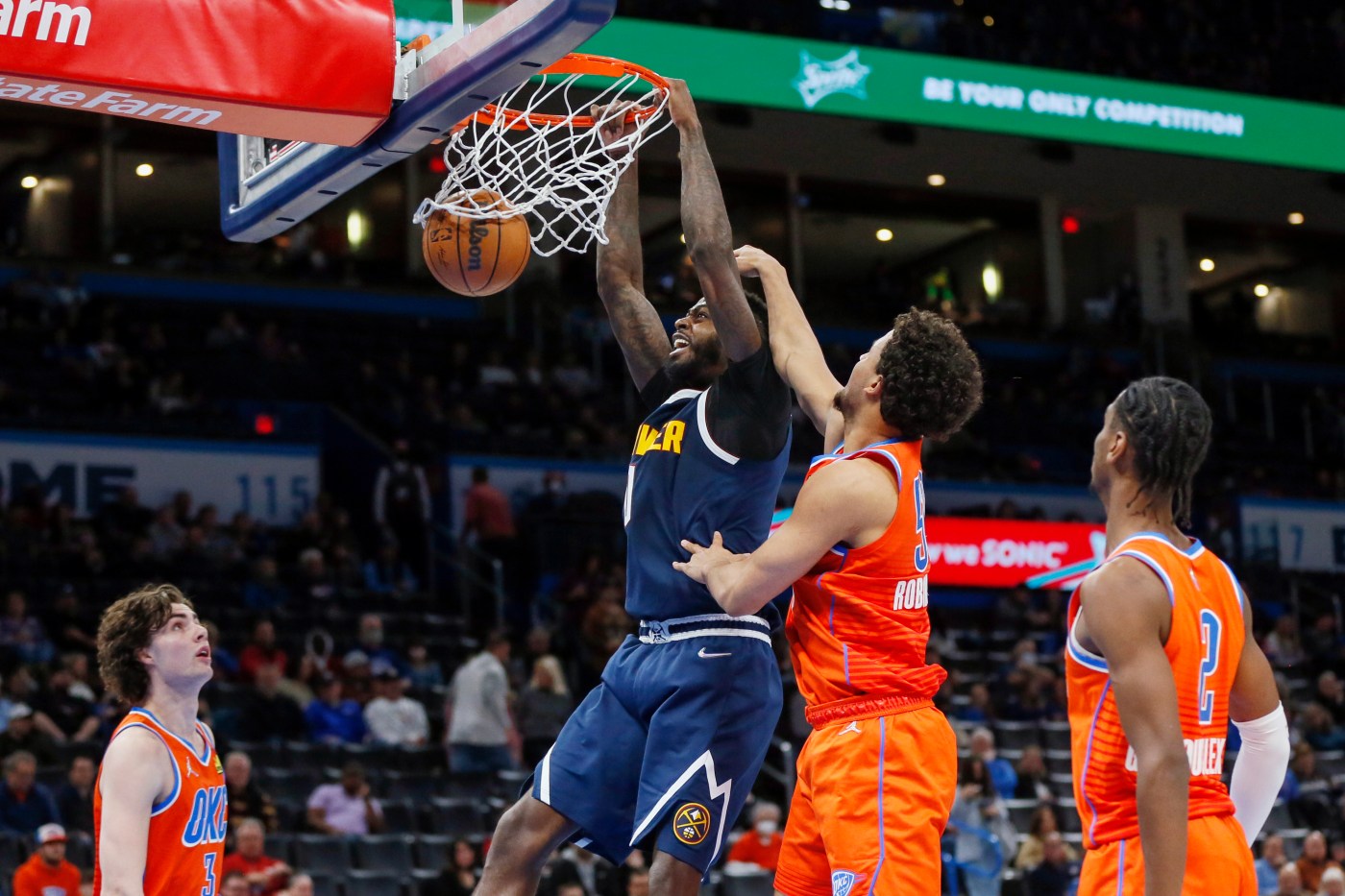 Austin Rivers stayed ready and met the moment when his number was called.

Rivers buried a clutch 3-pointer then finished a devilish up-and-under layup to help seal Sunday’s dramatic 99-95 win over the Thunder. Rivers scored a season-high 22 points, including six 3-pointers to help avenge a frustrating loss to the Thunder only three weeks ago.

Now 20-18 on the season, the Nuggets head to Los Angeles for Tuesday’s contest against the Clippers.

Nikola Jokic was superlative with 22 points, 18 rebounds and six assists, but was somewhat held in check down the stretch due to a stifling Thunder defensive approach. Instead, he whipped a pass to the corner that set up Rivers’ clutch 3-pointer with 2:59 left in the game.

Jeff Green added 16 off the bench, and Aaron Gordon helped stymie Shai Gilgeous-Alexander, holding him to just eight points on 2-of-14 shooting.

Thunder guard Lu Dort made the Nuggets sweat in the third quarter. Physical and feisty, Dort bulldozed his way downhill and chiseled into the Nuggets’ double-digit margin. While the Nuggets’ offense sputtered on one end, deteriorating into isolation basketball, Dort was diving on the floor and getting to the free-throw line.

It was the same recipe that’s plagued the Nuggets incessantly this season. Turnovers and second-chance buckets gave opponents easy offense, and ultimately, momentum.  If it wasn’t for Jokic’s repeated baskets in the paint, the Nuggets never would’ve carried a tenuous 80-78 lead into the fourth.

Nuggets coach Michael Malone’s phone blew up Saturday night as news circulated of a potential 10-day deal with DeMarcus Cousins, who he coached for parts of two seasons in Sacramento.

Malone reiterated that nothing was finalized, though he beamed about Cousins’ character.

“I have a tremendous amount of respect for who DeMarcus is, not only as a player, but also as a man. I’ve gotten to know him, stay in touch with him,” Malone said. “… I don’t think he is, in my experiences with him, is not the person that he has been portrayed to be.  … I do love DeMarcus.”

Malone also praised the job Popeye Jones did in his absence but couldn’t hide how badly he wanted to be back.

Denver’s lead according to Malone’s relaying of the story? Double-digits.