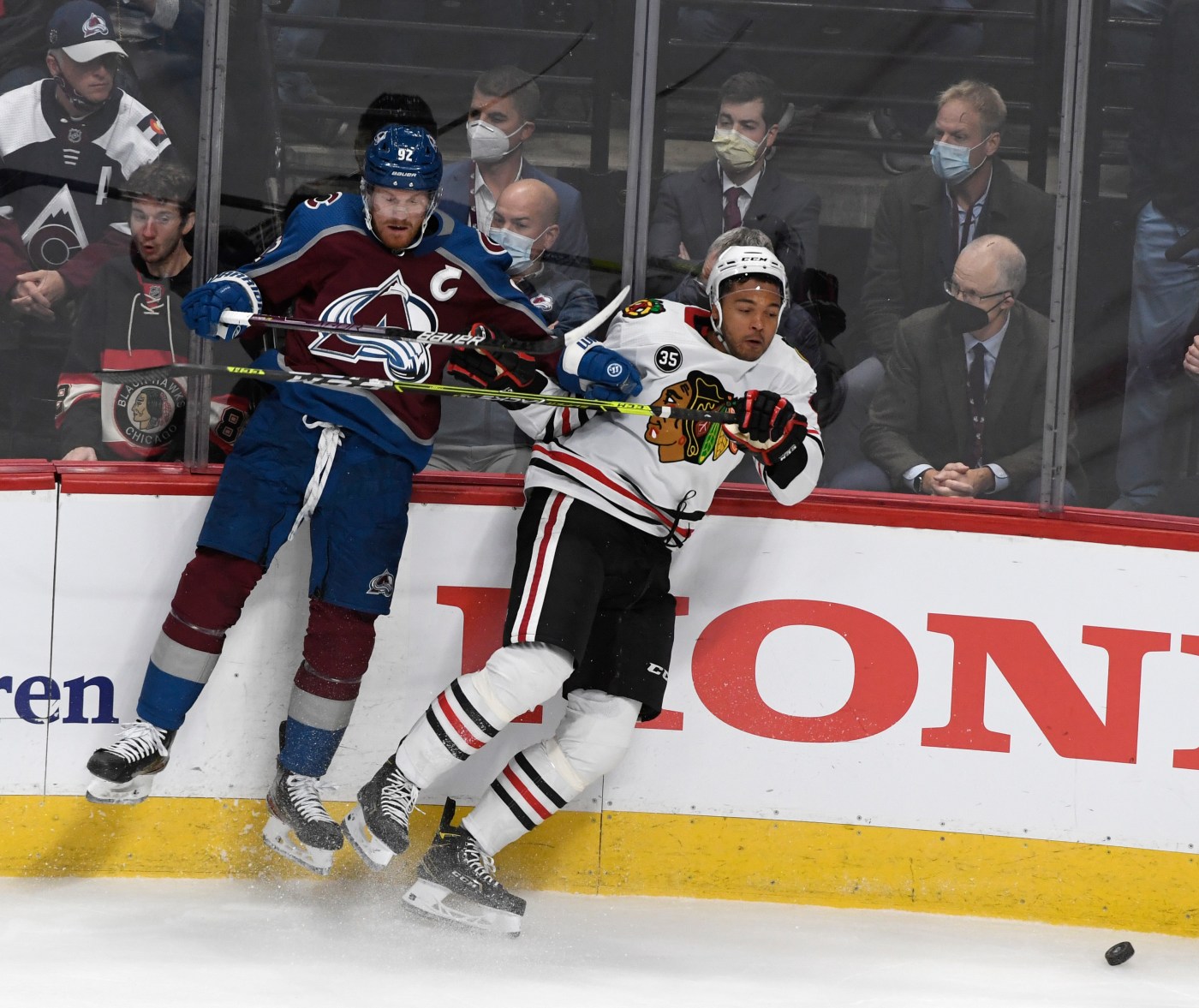 The Avalanche could be without two-thirds of its top line in Saturday’s second game of the season after the NHL Department of Player Safety requested a hearing with left wing and team captain Gabe Landeskog about his boarding minor late in Wednesday’s opener against the Chicago Blackhawks.

Landeskog checked vulnerable Blackhawks forward Kirby Dach against the dasher boards with 3:34 remaining in the third period, causing a significant scrum and sending Landeskog to the dressing room with boarding and roughing minors.

A closer look at the Landeskog hit: pic.twitter.com/z5JfLMBrf9

At the time of the hit, Landeskog was on the ice with linemates Nazem Kadri and Mikko Rantanen.

“I’d say I haven’t seen a replay of the hit,” Rantanen said Thursday during an optional practice. “It happened quick when I saw it, so I don’t really have a comment to see how that hit was. But I guess the league will take a look and we’ll find out tonight.”

Keeler: Is Darcy Kuemper Avalanche’s next Teddy Bridgewater? Or next Peyton Manning?