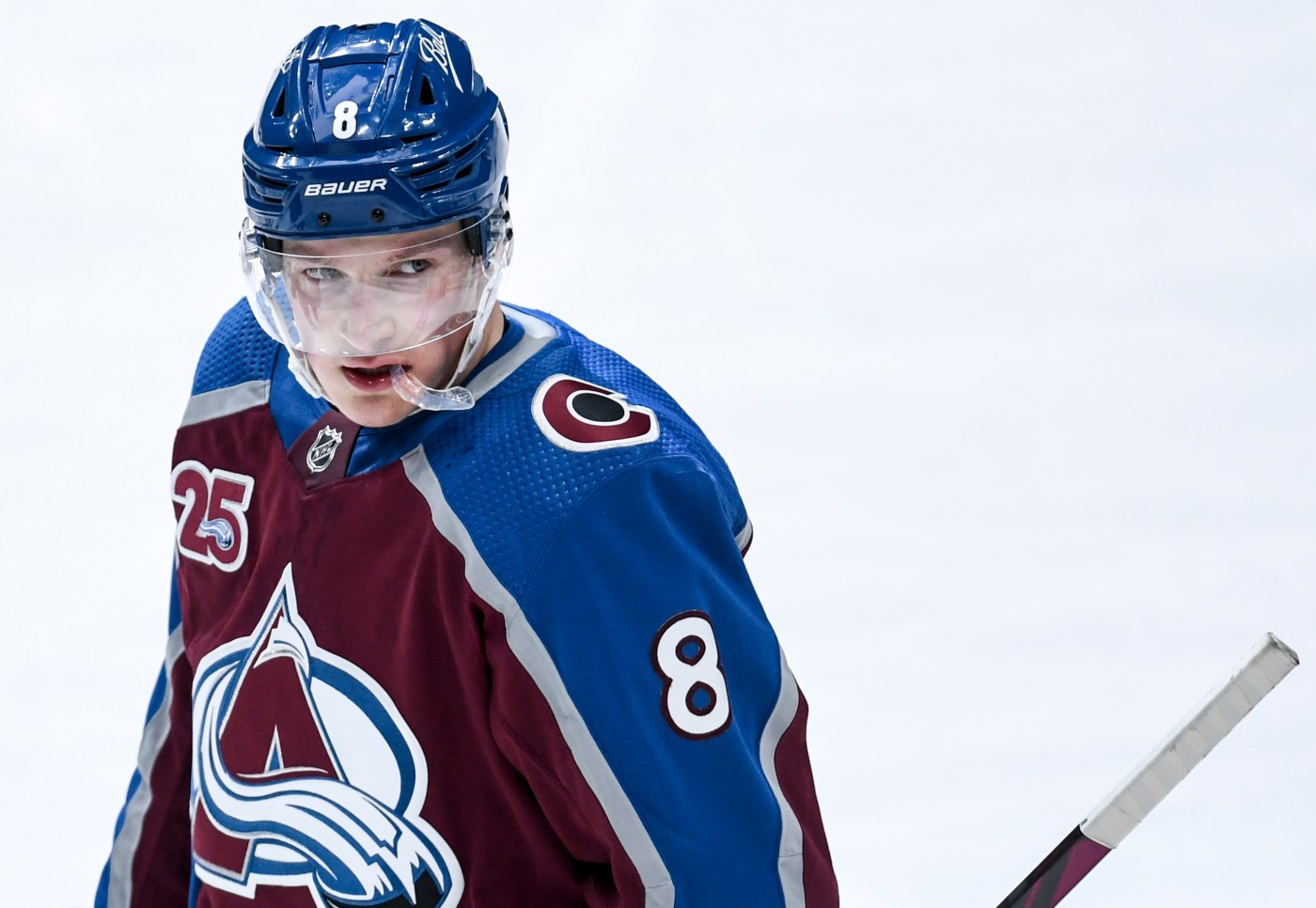 Avalanche defenseman Cale Makar is beyond special. Inside the offensive blueline, he’s already a legend in coach Jared Bednar’s eyes.

“He’s as good as anyone I’ve ever seen,” Bednar, now the winningest coach in Avalanche history, said of Makar’s offensive abilities.

Bednar said that Wednesday night after Colorado extended its winning streak to six games with a 5-2 victory over the visiting Anaheim Ducks. Makar scored the first of five consecutive goals for the Avs, and it was his sixth tally in a four-game span.

Makar, who leads all NHL defensemen with eight goals on the season, had four shots on the night and if one more puck sneaked behind goalie John Gibson he would have joined a legend.

Only 2004 Hockey Hall of Fame inductee Paul Coffee had three consecutive multiple-goal games as a defenseman. Makar entered Wednesday with two straight two-goal games and needed one more against the Ducks to become just the second D-man to do what Coffee did in 1986.

“He’s a special player and he’s hitting his stride, playing well and I think there’s an element to it where he’s shooting the puck more and there’s an element to it where he’s recognizing what teams are giving him and he’s moving into the right areas and making plays,” Bednar said of Makar. “I think he’s done a really nice job here recently, tonight especially, either distributing the puck when he should or shooting it when he should. Those decisions lead to good offensive-zone time, offensive-zone chances.

“He’s an elite player, especially in that position on the offensive-zone blueline. He’s as good as anyone I’ve ever seen.

Makar, a Norris Trophy finalist as the NHL’s best defenseman last season, is again atop the league in points-per-game among defensemen. He averaged a league-high 1.00 points per game in 2021 and is currently the leader at 1.14.

5 takeaways from the Avalanche’s 7-5 victory over Ottawa

Colorado has 18 goals from defensemen, the most in the NHL, and coinciding with Makar’s recent surge has been the addition of defensive partner Devon Toews, who missed the first nine games of the season while recovering from off-season shoulder surgery.

Toews, who typically leads the Avs in ice time, has three goals and seven points in seven games.

“I like those two guys. They play together all the time. There is good chemistry, they move the puck well with each …read more