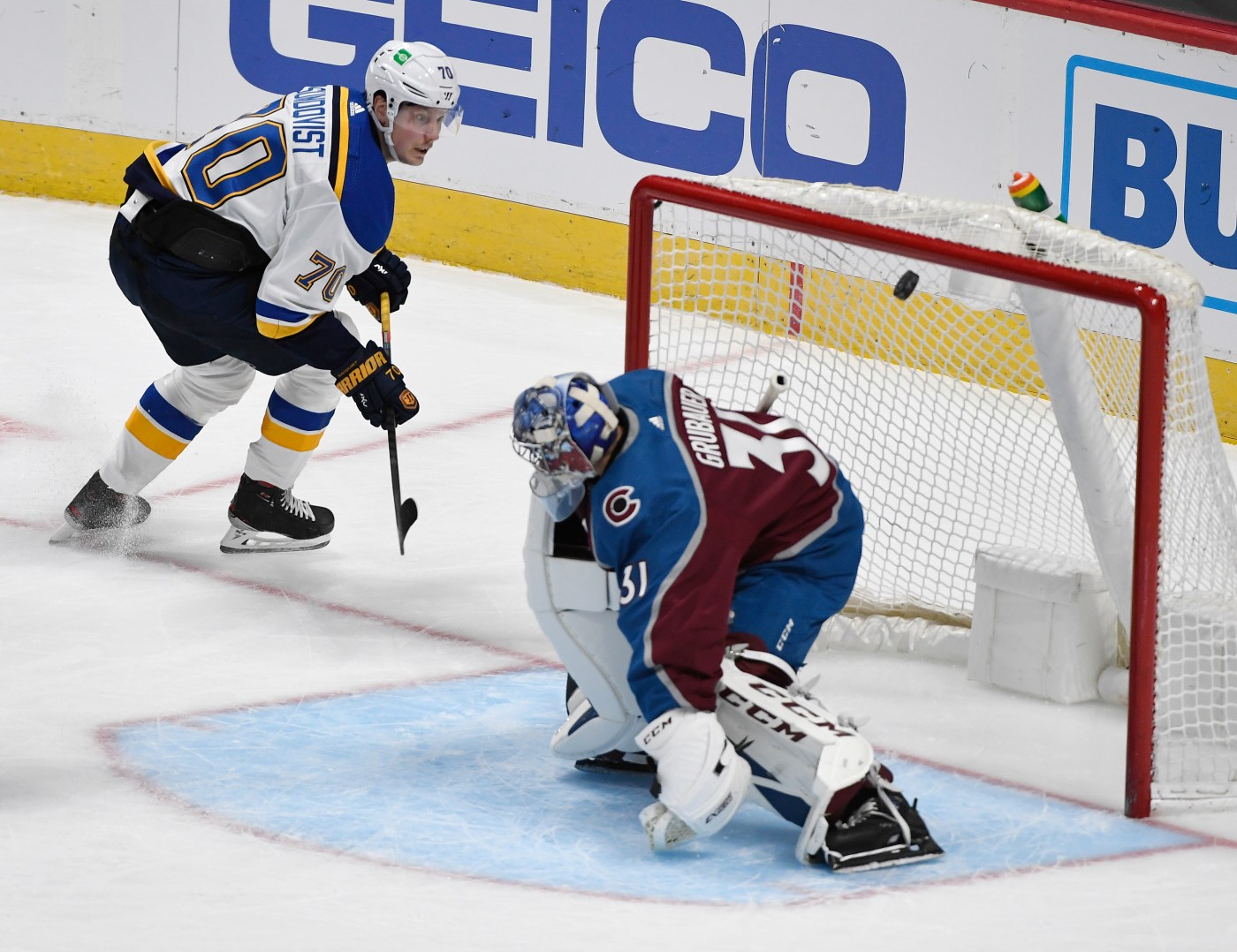 Opening its 25th-anniversary season at home with a new uniform ensemble didn’t go well for the Avalanche on Wednesday.

The St. Louis Blues, the 2019 Stanley Cup champions, dominated the first period and scored twice in the third to skate away with a 4-1 victory at Ball Arena.

The Avs struggled at both ends of the ice, and goalie Philipp Grubauer — who missed the first three days of training camp because of COVID protocol — was not on his game.

Eight minutes after Clifford struck, Oskar Sundqvist added his second of the night and the rout was on.

Avs superstar center Nathan MacKinnon, meanwhile, was held pointless and his line did not score at even-strength.

With only family members of Avalanche players in attendance, the team honored former general manager Pierre Lacroix, who died Dec. 13 of COVID-related issues, with a video tribute and moment of silence. And then he Avalanche scored first but otherwise had a poor first period.

St. Louis produced 18 of the 23 shots in the frame and got goals from Sundqvist at 9:29 and Jordan Kyrou at 13:15 to take the lead it would never relinquish.

The Avs, however, came out a different team in the second period, producing 15 of the first 18 shots and getting plenty of quality chances on St. Louis’ Jordan Binnington. But no pucks got behind the goalie, despite two Avalanche power plays, and it stood 2-1 entering the third.

The Avs couldn’t get much going offensively in the final frame and were outshot 9-7.

Winger Andre Burakovsky got the game’s first goal on the Avs’ second power play, capping a broken play with a big slap shot from the right circle 4:55 into the game. J.T. Compher got the primary assist, but his intended one-touch pass to Nazem Kadri went through Kadri’s legs and slid to the right circle where Burakovsky slammed it in.

This was the first of eight games against the Blues, as all eight West Division opponents play each other eight times in the 56-game regular season. Game 2 against St. Louis is Friday when the teams complete a two-game series in Denver.

Tempers are bound to flair as the Avs and Blues already have a rivalry. Before COVID suspended play in March last season, the Avalanche stood second in the Central Division and the Western Conference with 92 points — two behind the Blues, who had played one additional game than the Avs.

Avalanche’s Erik Johnson out with positive COVID test, one of …read more