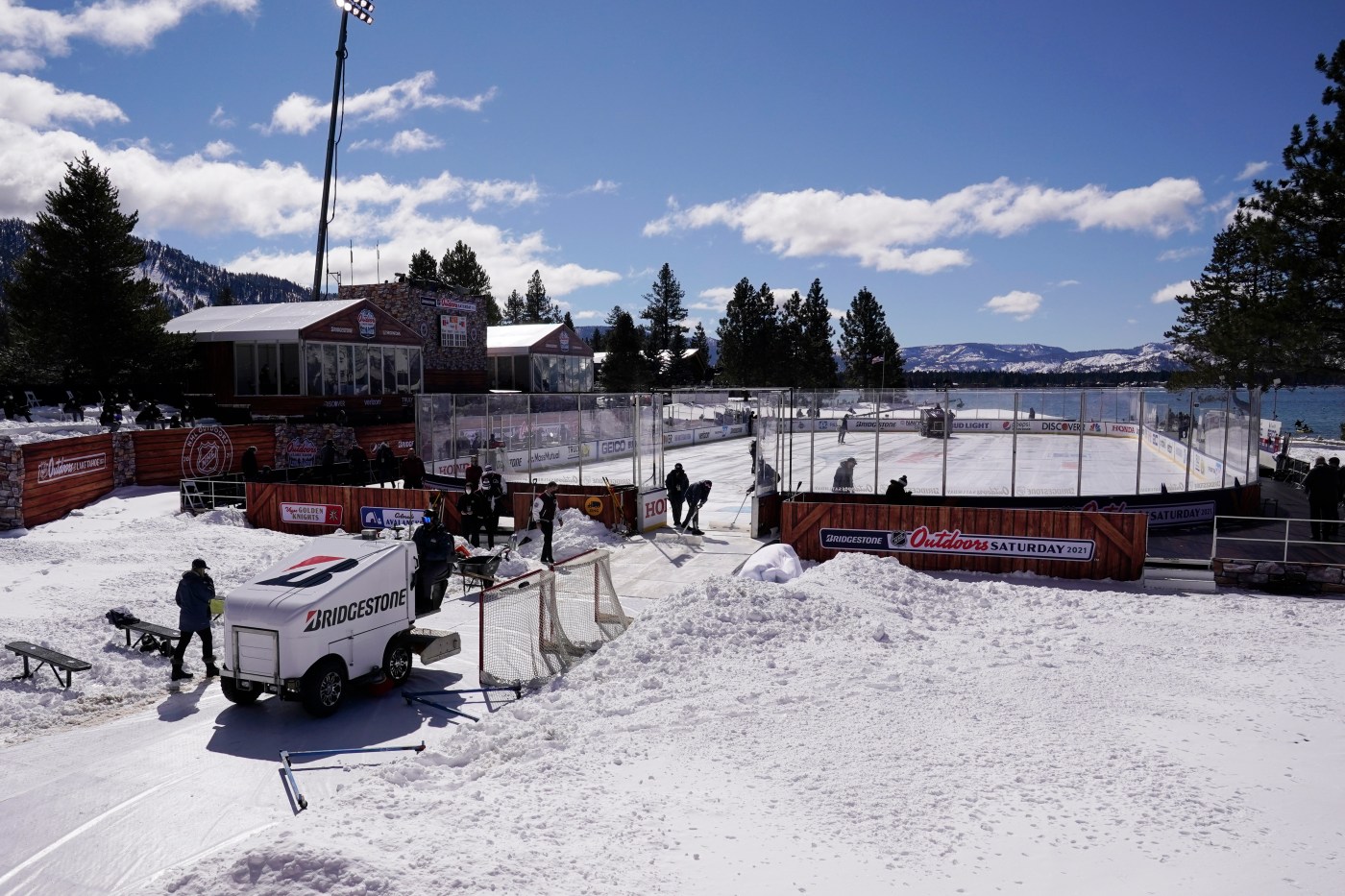 Sunshine over Lake Tahoe and Edgewood Golf Course on Saturday deteriorated ice conditions and forced the suspension of the Avalanche’s game against the Vegas Golden Knights.

The game is scheduled to resume Saturday at 10 p.m. MT.

The Avalanche took a 1-0 lead into the first intermission when the game was suspended. Defenseman Sam Girard scored 2:58 into the game, beating goalie Marc-Andre Fleury with a wrist shot from the right circle.

Colorado outshot the Knights 17-8 and was set to carry a power play into the second period, including three seconds remaining on a 5-on-3 advantage.

“There’s not much we can control,” Avs captain Gabe Landeskog said. “Some spots of the ice were slushy. We wanted to come back out but … We’ll figure it out. We were having fun out there.”