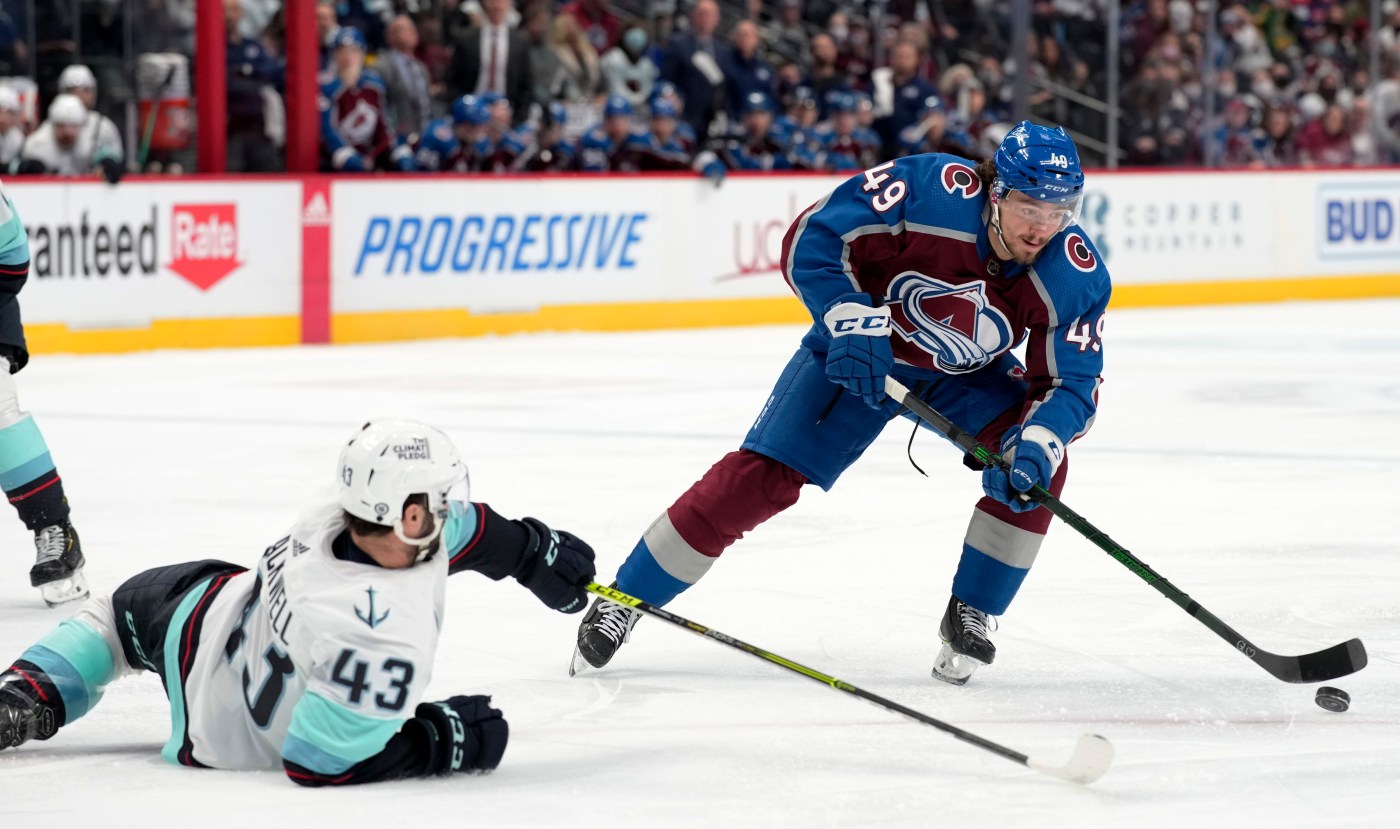 The slow-starting Avalanche used another comeback to win its fifth consecutive game and extend its club-record home winning streak to 12 games on Monday at Ball Arena.

The losing goalie: Philipp Grubauer, who took more money to sign with the expansion Seattle Kraken in the offseason. The German was typically the Avs’ No. 1 goalie over the past three seasons but chose to move on as an unrestricted free agent.

Grubauer’s former teammates rallied from a 3-1 deficit to defeat the Kraken 4-3 and sweep the regular-season series.

“Our team is showing a lot of character and maturity in coming back. That’s what great teams do,” said center Nazem Kadri, who scored the winning goal late in the third period. “You got to walk before you can run. These types of situations, being down and staying patience … Love the maturity.”

Defenseman Devon Toews tied it 3-3 at 11:43 of the third period and Kadri blistered a wrist shot past Grubauer at 14:17. Toews pinched in from the point and had Cale Makar’s shot carom off his skate behind Grubauer. Officials ruled it was not a distinct kicking motion so the goal stood.

Kadri beat Grubauer with perhaps his best goal of the season — a near-side snipe beside the goalie’s right ear.

“Had some room to walk in and I was able to find that short side,” Kadri said.

Grubauer, who also allowed two goals to forward Nicolas Aube-Kubel, was facing the Avs for the second time as a member of the Kraken. He allowed three goals in relief duty on Nov. 19 in Seattle, where Colorado won 7-3.

The Avs (22-8-2) played without left wing and team captain Gabe Landeskog, who had two consecutive positive COVID tests and landed on the protocol absence list Monday morning. Landeskog, who has points in his last 14 games, was named the NHL’s No. 1 star of the week before he was ruled out. He was Colorado’s hottest offensive player, with four goals and seven points in his last three games.

Avalanche is on a 17-3-1 tear, despite poor penalty killing. A new PK plan on tap

Avalanche’s Gabe Landeskog, NHL’s first star of the week, out vs. Kraken after positive tests