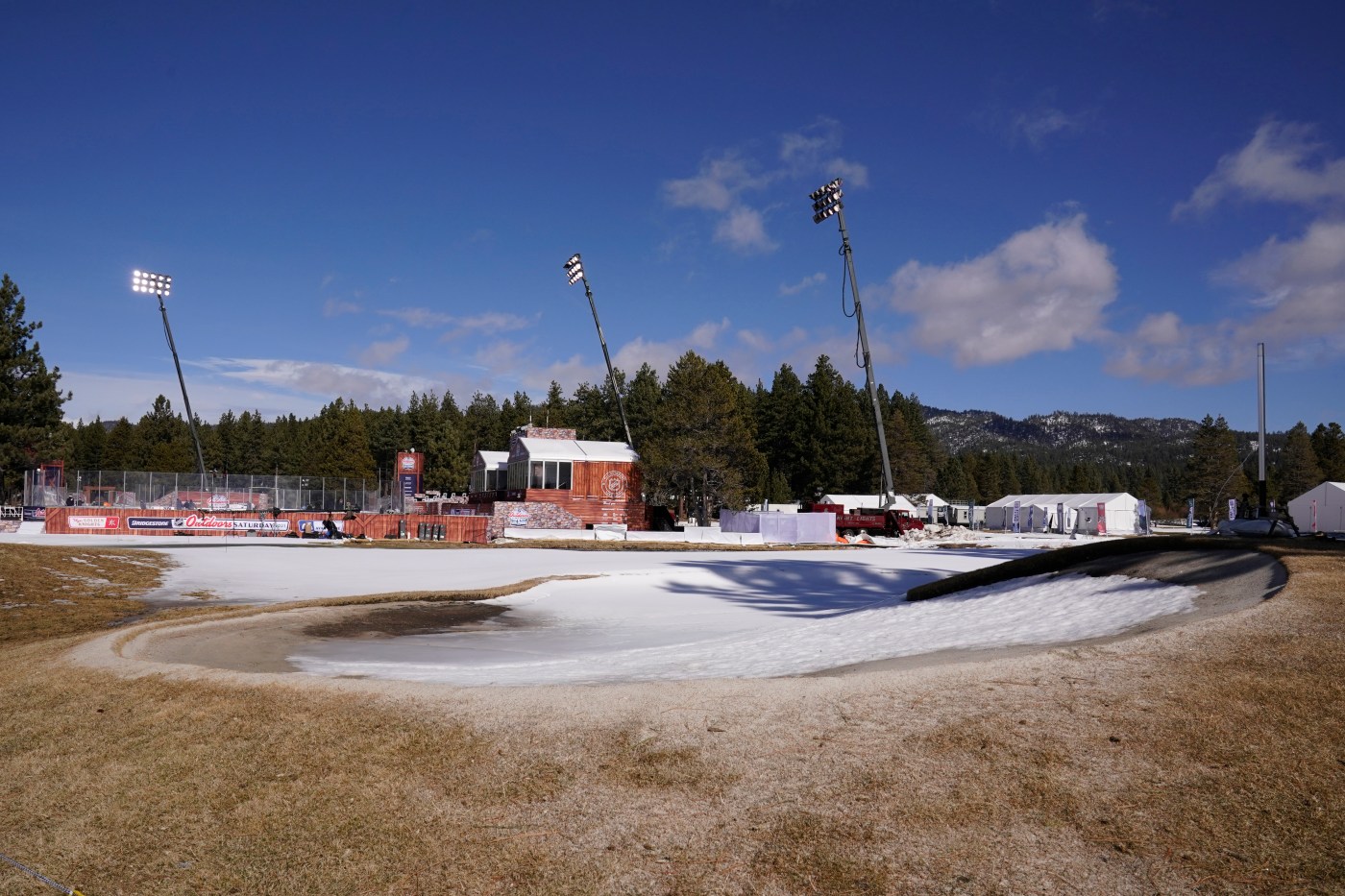 Outfitted in their reverse-retro burgundy and blue uniforms with a strong Quebec Nordiques’ flair, the Avalanche took a team picture Friday before practicing at a temporary rink on the south shore of Lake Tahoe.

By all accounts, the setting for Saturday’s NHL Outdoors game against the Vegas Golden Knights will be must-see television in a fan-free environment.

“It was a great skate this morning,” Avs coach Jared Bednar said of his team’s first and only practice at the rink on the 18th fairway of Edgewood Tahoe Resort. “The fans bring an element of excitement and it helps bring the energy to the game. Their wanting to watch the big show in Tahoe, that would be nice. But under the circumstances, that’s not an option for us.

“There is something to be said about our team, and Vegas’ team, getting out on the sheet of ice (beside) the lake. It is a beautiful setting. You’re standing on the ice looking at the lake. We’re right at the edge of it. It’s going to be quite the experience tomorrow to be able to play and, even without the fans, it’s going to be something special here where our guys are going to look back on it and say that was a real cool experience for our team.”

Avalanche left wing and team captain Gabe Landeskog, who hasn’t played a game since Feb. 2 because of COVID protocol, is among five players eligible to return to the lineup in the club’s third game since it had its season suspended.

“It’s a really cool feeling,” Landeskog said of skating beside Lake Tahoe. “Obviously the surroundings kind of speak for themselves. You can see that in pictures but it still doesn’t really do it justice. Once you’re out on the ice — like I’ve said it before, but it’s probably the purest form of hockey, being outdoors, and obviously, the elements of the wind and the sun come into play. All of a sudden the sun comes out and you can barely see the puck. I think we’re expecting some snow tonight. It should be a pretty cool scene tomorrow.”

The Avs are among four teams chosen to participate in the NHL Outdoor games, which takes the place of the annual Winter Classic and Stadium Series games in a non-COVID world. The Philadelphia Flyers and Boston Bruins will play at the same Lake Tahoe outdoor rink on Sunday.

The Avs and Knights on Saturday are playing the third of four consecutive games against each other. The “series” is 1-1 with the finale on Monday at Ball Arena in Denver.