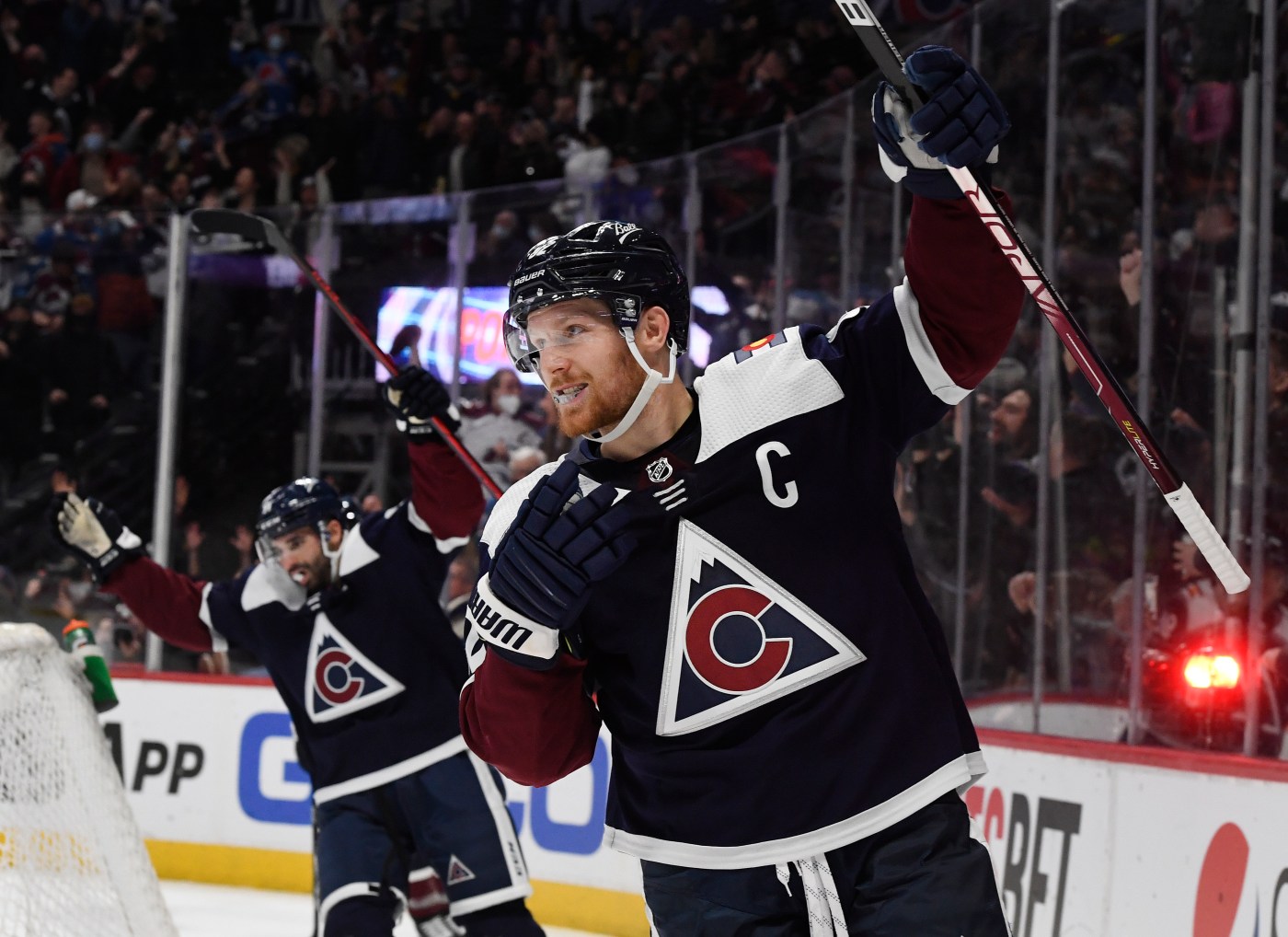 Avalanche left wing Gabe Landeskog was honored as the NHL’s first star of the week on Monday after scoring a league-best seven points in the team’s three victories last week.

Historic Avalanche offense: 5 takeaways from yet another 7-goal scoring surge

Landeskog, 29, tallied four goals and three assists to lead Colorado to wins over Chicago, Winnipeg and Toronto. He collected his fourth career hat trick after tagging the Jets for three goals on Thursday.

It is the fourth time this season a Colorado player has earned one of the league’s weekly awards. Defensemen Cale Makar (twice) and Devon Toews received third-star honors earlier this season.

The Avs (21-8-2) are third in the Central Division with 44 points. After beating the Maple Leafs on Saturday, they extended their home win streak to a franchise-best 11 games.