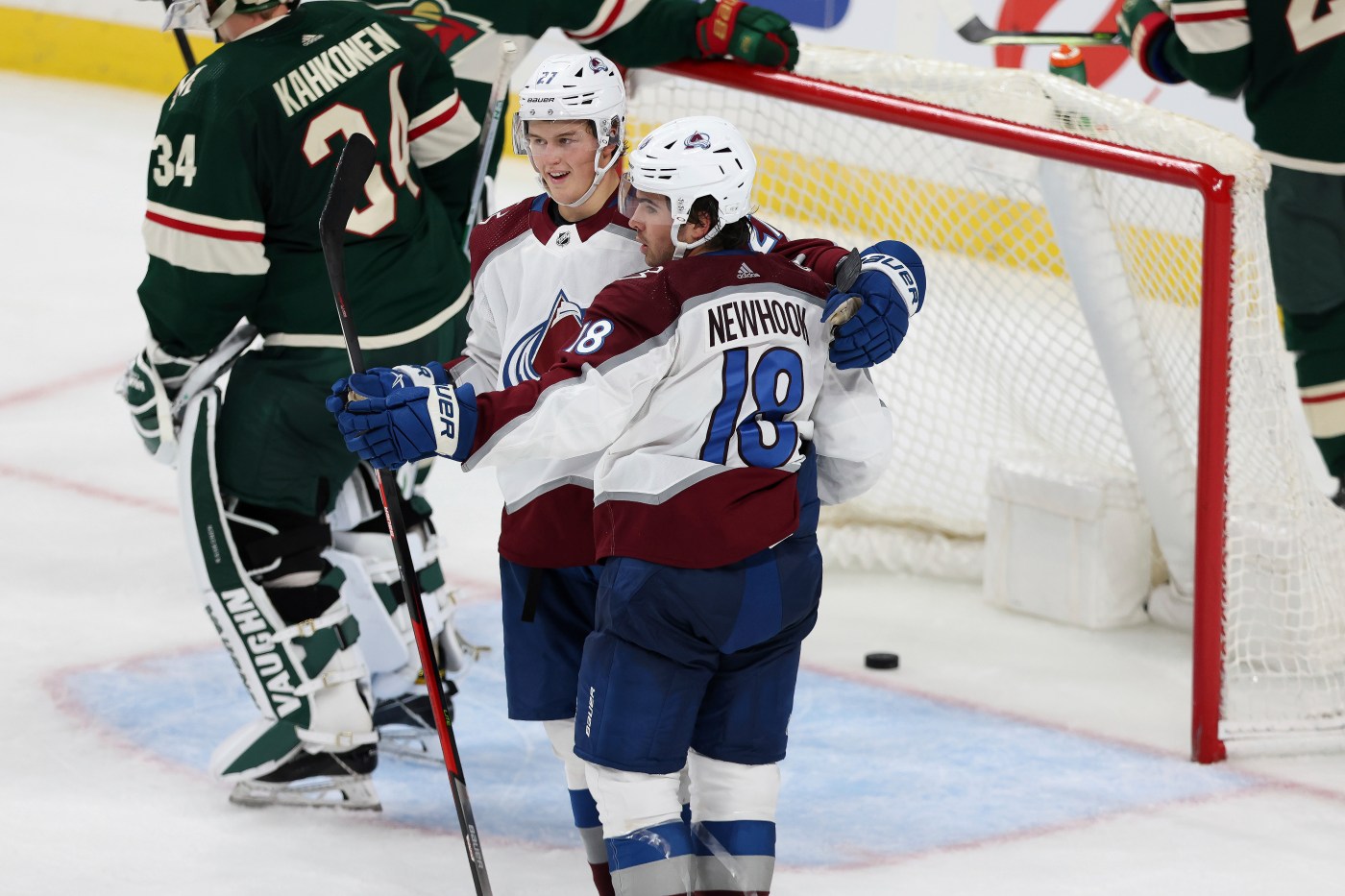 Denver Post sports writer Mike Chambers responds to questions in the Avs Mailbag periodically during the regular season. Pose an Avalanche- or NHL-related question for the Avs Mailbag.

What are your thoughts on whether there’s even a realistic shot for prospects like (Shane) Bowers to make an opening-night roster given the numerous veteran signings they seem committed to? Seems like some short-sighted roster management, with some arguably very average vets.

Those veteran forwards include Dylan Sikura, Kiefer Sherwood and Stefan Matteau and they were reassigned to the Eagles on Thursday. That was followed by Jayson Megna being reassigned to Loveland on Friday, when Artem Anisimov (tryout contract) was also released. Bowers and Martin Kaut were reassigned to the Eagles on Friday, leaving Newhook and Sampo Ranta as the rookie forwards still in contention to make the roster. I suspect they both will. But Bowers had a good showing and proved he’s a player for the future.

Hi Mike, I was wondering how you feel about a possible Annunen-vs.-Miska backup battle. Who would you prefer in net, should it come to that?

Well, since Pavel Francouz will miss the first 3-4 weeks of the season, that’s probably your two guys in Loveland with the Eagles. It was supposed to be Jonas Johansson and Annunen before Francouz’s injury. Now, Johansson is Darcy Kuemper’s backup. Annunen is going to get a lot of attention with the Eagles in his first season in North America. He’s the club’s top prospect at that position. Miska probably won’t be around next year because Trent Miner, 20, is also coming up and will need AHL development.

Mike, losing Philipp Grubauer was huge, but I’m happy we were able to land Darcy Kuemper. Do you think we actually got stronger between the pipes with the move? Also, god forbid he goes down with an injury, but who’s our No. 2 guy this year?

Your No. 2 guy was Francouz but he’s now on IR. So it’s Johansson right now. As for the Grubauer-Kuemper comparison, about five inches of height separates them. The 6-foot-5 Kuemper doesn’t give shooters a lot of net to shoot at. It seems like he’s equally as talented as Grubauer, who I consider a terrific 6-foot goalie. This could be an upgrade if Kuemper, like Gruabuer, can keep his goals-against average under 2.00 (among goalies playing 25 games, Grubauer led the league with a 1.95 GAA last season).

Hey Mike, who do you think is going to have a bigger breakout season for the Avs this year: Bowen Byram or Alex Newhook? Also, what’s the ETA for our last couple of first-rounders? Do you see Justin Barron or Oskar Olausson making their NHL debuts this year?