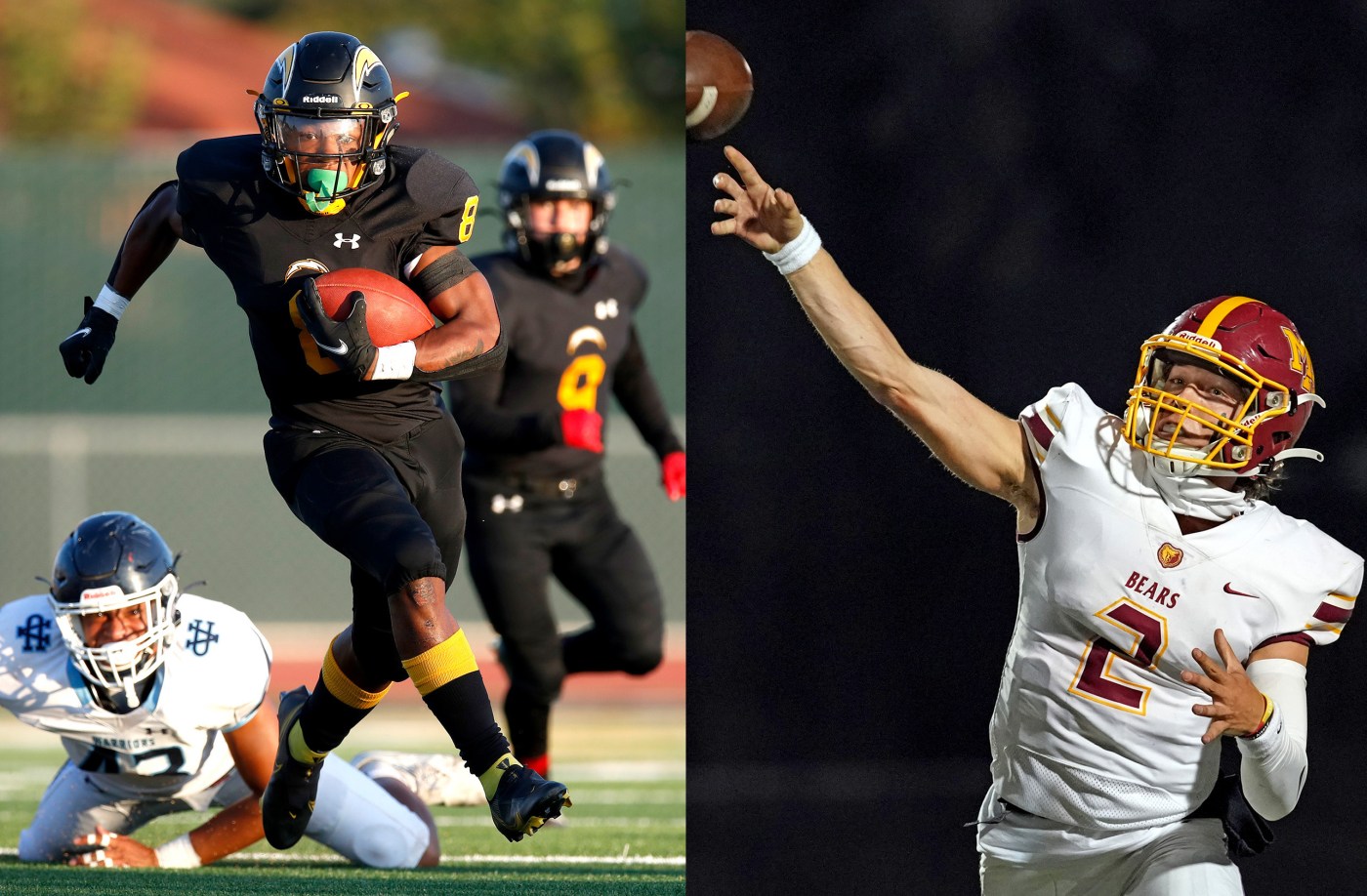 How do you choose one over the other?

MacLeod, who coincidentally burst onto the scene as a freshman when he came off the bench in 2018 to rally M-A past Wilcox for a Central Coast Section championship, threw for 3,326 yards and 36 touchdowns as the Bears won the Peninsula Athletic League Bay Division title and reached the semifinals of the CCS Division I playoffs.

Glenn ran for a CCS-best 2,366 yards while leading Wilcox to the section’s Division II title and Division 2-A state championship game. The senior had 3,098 all-purpose yards and scored 37 touchdowns.

He averaged 10.2 yards per attempt.

“Glenn broke open our game with 2 long drives where he controlled the ball,” Leland coach Kelly King Jr. wrote. “Also had big plays on film vs. Valley and San Benito.”

MacLeod was just as dynamic throwing passes to standouts such as Jalen Moss and Jeremiah Earby.

MacLeod also threw for 390 yards and four TDs in a playoff win at Salinas and 364 yards and three TDs in a league win over Half Moon Bay.

“Rarely in HS do you get a kid who plays the QB position like a college or professional athlete – most programs operate run-heavy, option-based approaches,” M-A coach Chris Saunders said. “Matt actually operated like a QB and had one of the best prep seasons and careers a young man has had in recent memory.”