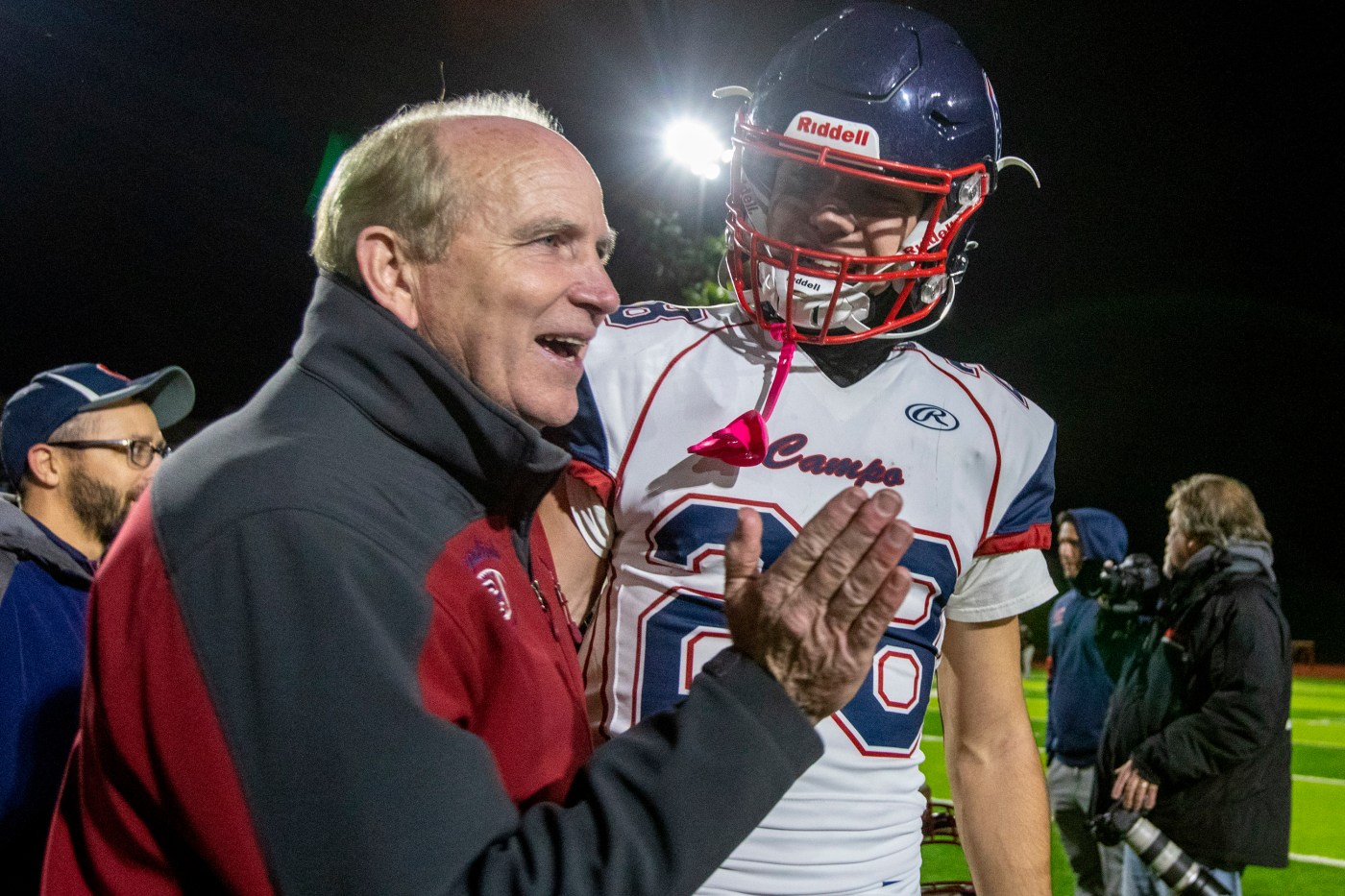 It was early October, and Campolindo was facing the possibility of having its worst season in over a decade. For the second time, the Cougars had been walloped at home, this time by Diablo Athletic League-Foothill Division rival Benicia 35-0.

Campo was 3-3 after the Benicia defeat. Earlier in the season, the Cougars had been demolished by Aptos 49-0, also at home. A running clock was used for the entire second half.

Coach Kevin Macy realized he needed to make changes. The running game became a bigger part of the offense. He preached the importance of being physical. The Cougars won their next seven games, including the North Coast Section Division II championship, before finally losing to McClymonds 40-21 in the CIF NorCal 3A regional.

For this, Macy has been picked as the Bay Area News Group’s Coach of the Year.

Macy, who has been the Cougars’ head man since 1996, is one of Northern California’s elite coaches. Campo has won at least 10 games in a season for 10 of the last 11 years. The only miss was last spring’s Covid-abbreviated campaign. The Cougars were 6-0.

This season exemplified why.

After Macy analyzed went wrong in the first six games and made adjustments, Campo finished the regular season with four straight wins, Then it polished off Dublin, San Ramon Valley and Foothill to capture the NCS Division II title. Most observers thought San Ramon Valley belonged in Division I. Foothill was as hot as any team in the playoffs. The Cougars won both contests on the road.

Can Novak Djokovic play in French Open? France wants vaccine pass for everything

“Had the most impressive run through the playoffs of any NCS team,” wrote Liberty coach Matt Hoefs, whose team edged Campolindo 13-7 in September in the Honor Bowl. “Overcame early-season struggles to be an NCS champion.”

Added Alhambra coach Alan Hern, “Took a very inexperienced team and got better each week after taking lumps early on. Another NCS championship.”

Macy is 225-93-0 in his quarter-century at Campo, according to MaxPreps. He began his coaching career at his alma mater Skyline HIgh in 1980 while still at Cal, where he holds a degree in civil engineering.

Other coaches who stood out

Jalal Beauchman, Bellarmine: His team started the season unranked by the Bay Area News Group and finished sixth after the Bells won eight games for the first time in six years and reached the semifinals of the CCS Division I playoffs, beating Menlo-Atherton, Central Catholic-Modesto, Valley Christian and Los Gatos along the way.

Greg Calcagno, St. Francis: Became the first coach from this region to lead a team to victory over De La Salle in 30 years. St. Francis went on to win the West Catholic Athletic League title.

Mark Krail, Los Gatos: The Wildcats won their first 10 games before being stunned by Bellarmine in the first round of the CCS Division I playoffs. They are 27-3 since the beginning of the 2019 season.