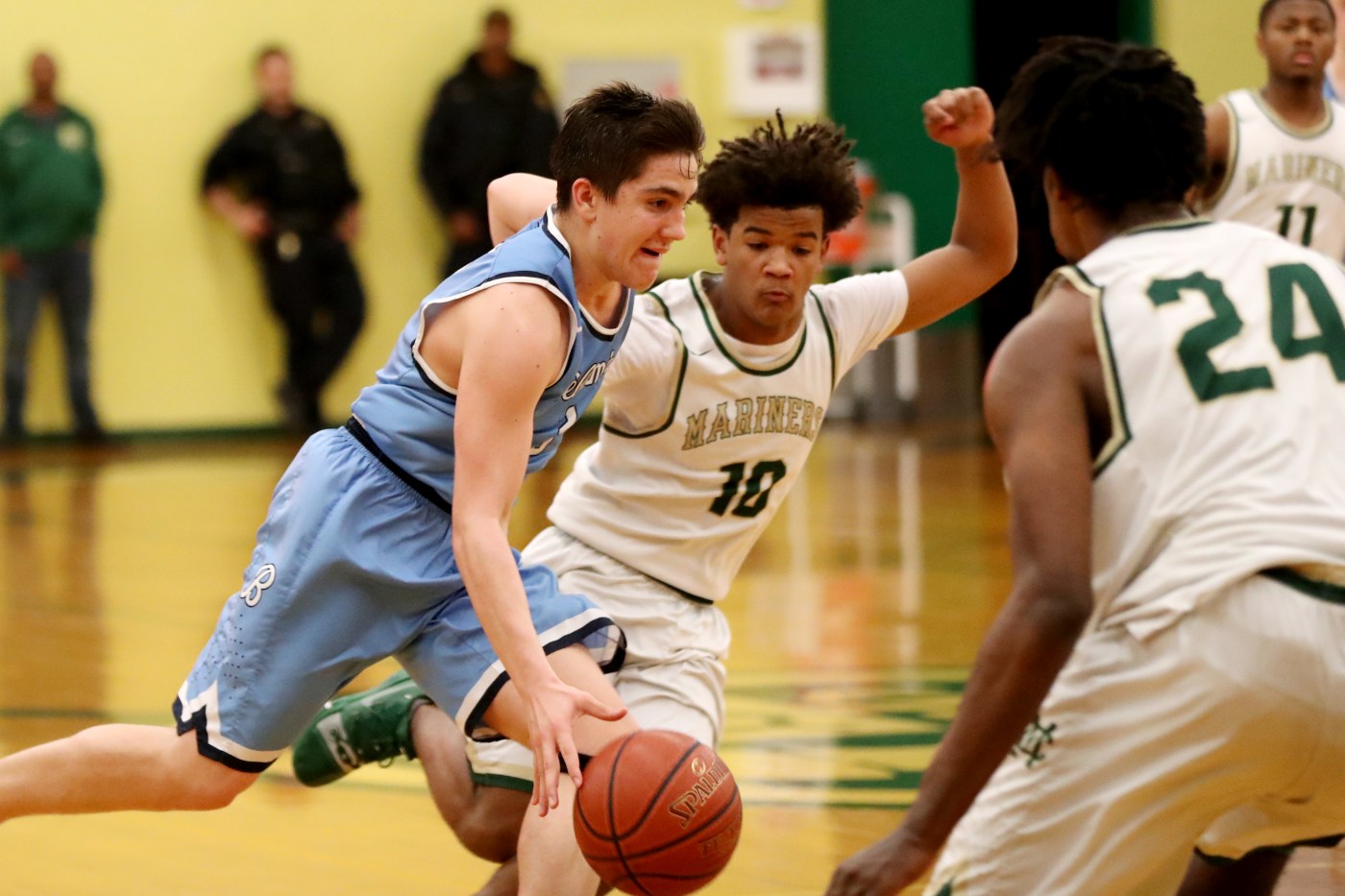 On a sleepy Tuesday night in San Jose, with the gym half full and a sparse home student section in pajama bottoms, Bellarmine’s basketball team was wide awake.

The result was a blowout of epic proportions.

Bellarmine held the Padres to eight points over the final three-plus quarters on its way to a 65-14 trouncing.

That is not a misprint. Serra trailed by 21 at halftime and managed just four points after intermission.

The game ended with a running clock.

“It’s unexplainable,” Bellarmine coach Patrick Schneider said, adding that Serra is a very good and well-coached team, even with longtime head coach Chuck Rapp sitting out this season because of health issues.

Schneider joked with Rapp’s replacement, Brian Carson, before the game, telling him that he’s headed for coach of the year and is Serra’s version of Luke Walton, who had a historic run with the Warriors while Steve Kerr dealt with his own health problems.

Serra had won its previous eight games and was the only team not to lose thus far in West Catholic Athletic League play, beating Archbishop Riordan, St. Ignatius and Sacred Heart Cathedral to sit alone atop the standings.

The first quarter played out like most WCAL heavyweight matchups — a defensive slugfest.

It was 4-4 for several possessions and the period ended with Bellarmine leading 12-6 after Quinn Denker scored in the closing seconds.

By halftime, Bellarmine’s lead had widened to 31-10.

What in the world happened?

“That was the first thing I asked when I walked in the locker room — what was that?” Carson said. “We just weren’t ready to play. It was kind of the perfect storm. Missed some shots. Not focused. Not ready to go. They were reading our press clippings too much. My fault. I didn’t have them ready to go.

“It’s very uncharacteristic of our team. We’re known for playing with energy. Playing with heart. Playing together. We didn’t do any of those things after the first quarter.”

A week earlier in this same gym, with the stands packed and the student sections rocking, Bellarmine suffered its only defeat on the season, 46-43 to St. Francis.

Since then, the Bells went on the road and toppled Archbishop Mitty 68-56 before another packed house and then delivered Tuesday’s even-if-you-were-there-you might-not-believe-it demolition of a longtime rival.

The victory was Bellarmine’s seventh in its past eight games against the Padres but, obviously, nothing like the others. The previous six Bellarmine wins between the teams were by a total of 55 points. The Bells won Tuesday by 51.

“It was just mind-boggling how the score came out,” Schneider said. “What happened is Serra missed a lot of shots that they ordinarily make and we rebounded great. I think those were the two things.”

Bellarmine has length. Lots of length.

And the Bells get great defense from Ian Elam and their usual floor leadership from senior point guard Denker, who had 16 …read more