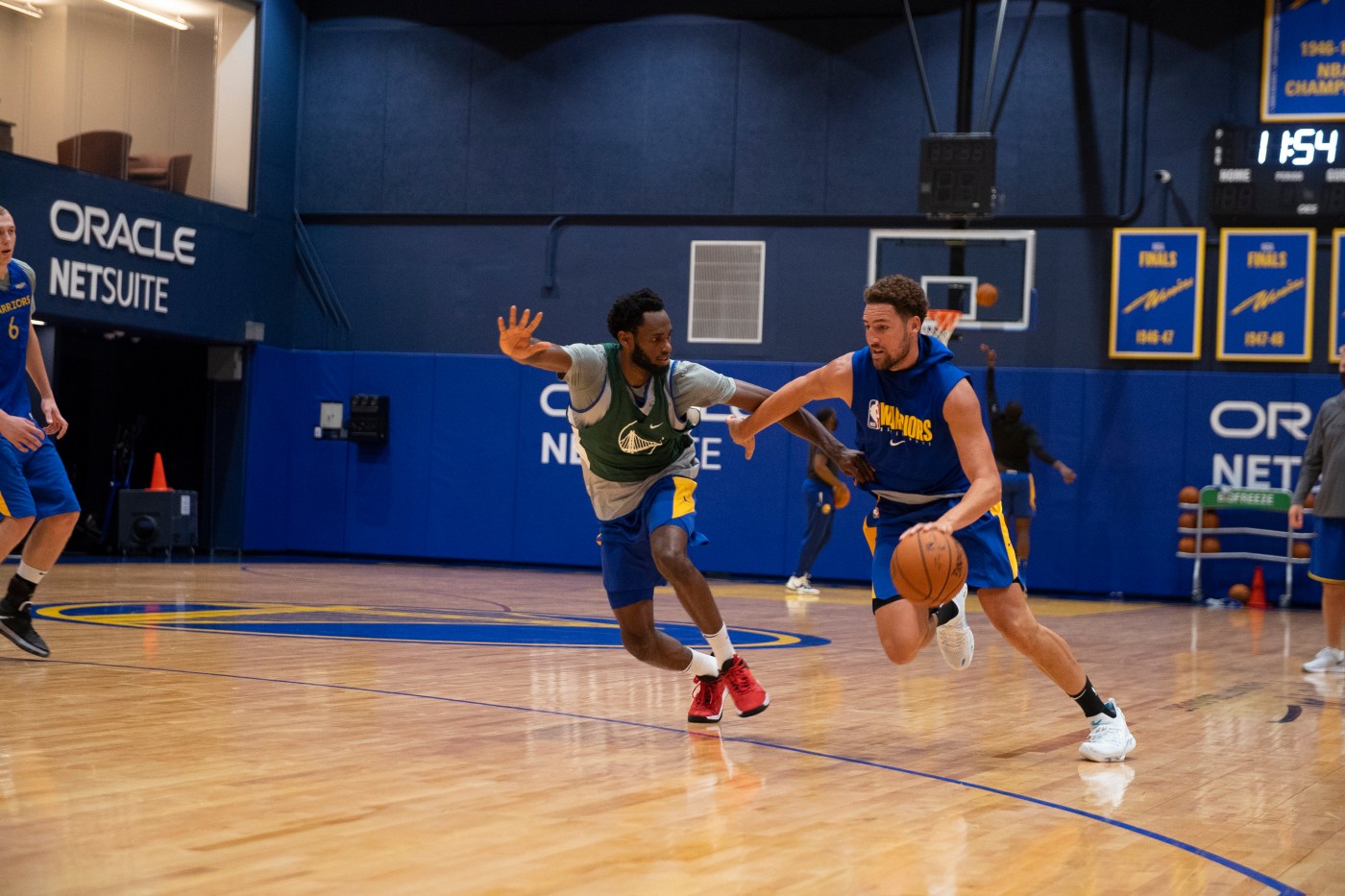 The Warriors’ two-week minicamp ended Tuesday, and though participation in the “dubble” was voluntary and did not include Stephen Curry and Draymond Green, there is still much to glean from Golden State’s first group workouts since its season ended in March. Here are some of the takeaways.

1. The Warriors are being careful with Klay Thompson

During minicamp, Klay Thompson practiced with the team for the first time since he tore his left ACL in Game 6 of the 2019 NBA Finals. It was his first group workout in 470 days.

“I didn’t expect him to be in top shape, and he was not,” head coach Steve Kerr said then. “But he moved well, and it was a good first step.”

Understanding there’s no rush with the start date of next season still unclear, the Warriors were cautious with their All-Star guard.

Thompson participated in controlled portions of practices each day — which included drills and one 5-on-5 scrimmage — but was not cleared for Friday’s game-like, 5-on-5 scrimmage that served as the unofficial conclusion of minicamp.

Still, players and coaches said they were impressed with Thompson. Kerr remarked he looked “bouncy,” and teammates appreciated his shooting, which was as good as ever. A video from the closed practices showed Thompson comfortably cutting and dunking off the left leg.

Thompson, 30, worked closely with director of sports medicine and performance Rick Celebrini and did not report any soreness during the camp.

While Thompson seemed to be performing offensive drills well, the Warriors won’t know how he can handle defensive duties until he participates in a game-like scrimmage. It’s not yet clear how well he will move laterally or absorb contact as he continues to build confidence in that left knee.

When healthy, Thompson was among Golden State’s best wing defenders. It will need him back near 100% in order to lift last season’s 26th-rated defense.

Limited to just 20 of 65 possible games last season due to a hip injury, neuropathic condition in his body and abdominal strain, Kevon Looney moved with more confidence in minicamp.

“I played last season scared to move,” Looney said, adding he hasn’t felt this good since his 2018-19 season, in which he played 80 games. “I feel like I can put all those injuries behind me.”

Looney, who underwent surgery for a core-muscle injury in May, was a full participant in drills and scrimmages. He reported being able to run the floor, jump and cut, and wake up without soreness.

“I’m able to do everything,” Looney said. “This camp has really been big for me to see where I’m at. That’s why I’ve been so excited.”

Like Thompson, Looney will be a big addition to the team’s defense, which will need to improve if the Warriors are to reclaim their contender status.

BYU football ‘is in a really good spot right now’ fending off COVID-19, but Cougars won’t let their guard down