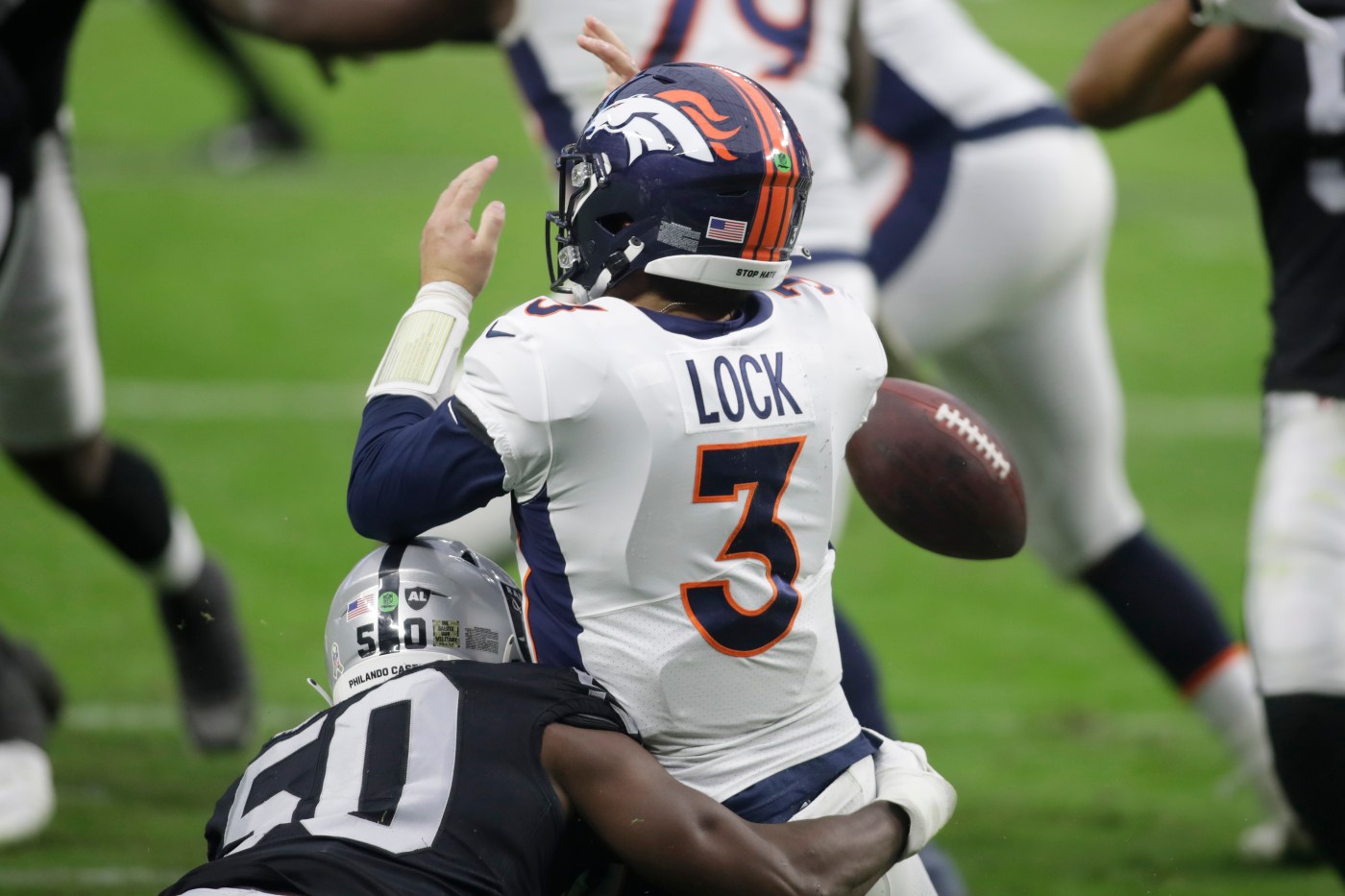 Broncos quarterbacks have dropped back to pass 399 times this year and have yet to face an eight-man pressure.

The Miami Dolphins may change that Sunday.

In last week’s win over the Los Angeles Chargers, the Dolphins dialed up eight pressures of at least six rushers, including three eight-man rushes.

The task for the Broncos: Make sure the protection calls are on-point and the problems of having free rushers is corrected.

“It’s a challenge for the whole protection operation, not just (rookie) center (Lloyd Cushenberry),” coach Vic Fangio said before practice Thursday. “But obviously, he’s involved in it being in the middle of it. Protection (is) the main part of it and the quarterback and wide receivers noticing it, also.”

By that, Fangio means quarterback Drew Lock and the Broncos’ receivers must be aware of when the extra pressure is coming so the right hot route is run and the right hot throw is delivered.

Against five or more pass rushers this year, Broncos quarterbacks are 42-of-83 for 607 yards, two touchdowns and seven interceptions (13 sacks).

What the Broncos want to avoid is having fewer blockers than the Dolphins have rushers. Twice last week, the Chargers had a seven-man protection against an eight-man rush. Other times, the Dolphins would line up eight defenders — all in stand-up position — at the line and rush 4-5 and drop the others.

“I think (defensive coordinator) Josh Boyer and our defensive staff do a really nice job of trying to come up with different schemes,” Dolphins coach Brian Flores said. “We try to promote creativity really on all three (phases). I try to be open to any idea from a football standpoint. If we can get it and we can execute it, we’ll give it a show.”

The Chargers were so wary of Miami’s pass-rush scheme, they started keeping seven players in protection even when the Dolphins rushed five.

The Dolphins’ first sack was a five-man rush vs. seven-man pressure when a right defensive end dropped and a left slot cornerback blitzed unblocked. The second sack was due to solid coverage.

On the flip side, Boyer also called eight three-man rushes to likely neutralize the Chargers’ underneath passing game.

“I remember it vividly,” Flores said. “It was just great for me doing my own background work and learning more about the Denver Broncos and their history, the Bowlen family and the great history they have there as an organization. I thought it went well. It was great to meet the executives and spend some …read more