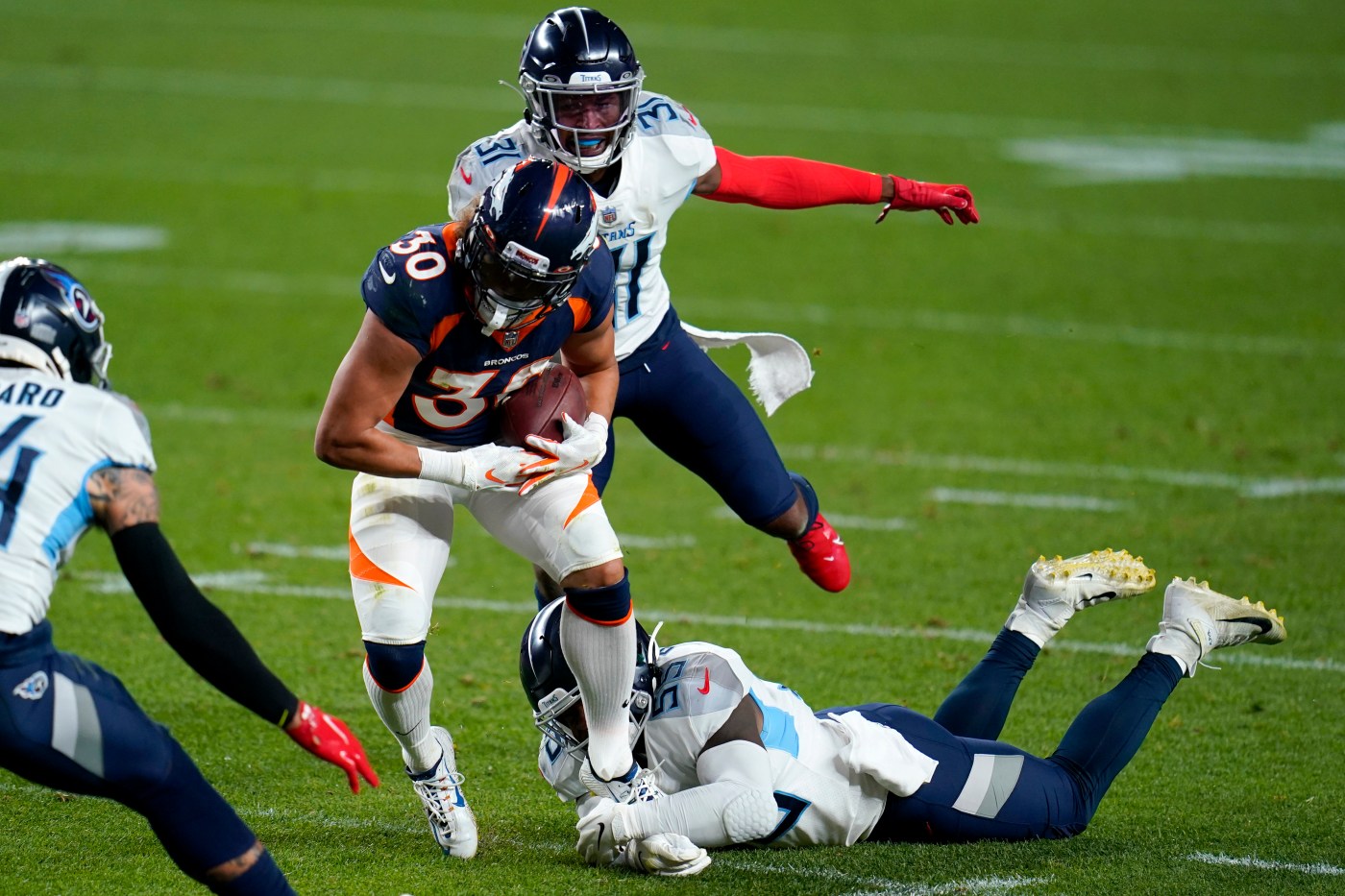 “It’s good being back out here,” said the Broncos’ Pro Bowl tailback and Denver native, who’s been out since a Week 1 turf toe injury. “I feel good, feel well-rested. Toe is feeling 100%. I’m ready to get back out there and help my team get some wins.”

Lindsay said Saturday that he expects to play at New England on Monday. The former CU Buffs and Denver South High School star recorded 35 scrimmage yards on eight touches — seven of them carries — against the Tennessee Titans, but has been held out for more than a month to help the toe heal.

“It’s just like a sprained thumb,” Lindsay said of the injury. “It’s the same thing. The only difference is, you’re always on your feet. It’s hard to heal that right away because you’re always walking. It takes time. It’s one of things where it just takes time to heal.”

McManus from 66? Don’t expect Brandon McManus to stop anytime soon when it comes to whispering in coach Vic Fangio’s ear on field goal attempts from midfield.

“His Achilles has been plus-50 kicks in his career,” McMahon said. “And he’s attacking it, and we really like it.”

Lock or Rypien? When asked who might open behind center Monday, Lindsay was careful not to tip Fangio’s hand.

Vic Fangio offers no gripes about postponement of Broncos-Patriots: “It’s on us to be able to adjust, adapt, improvise.”

Broncos Journal: For Blake Bortles, much has changed since his last trip to Patriots’ home stadium

Broncos scouting report: How Denver matches up against Patriots and predictions

“For Drew (Lock), it’s about coming back when it’s right for him, and only he knows that. So, we don’t know,” the Broncos tailback said. “No matter what, Ryp (Brett Rypien) is going to hold it down if he has to go. Drew is going to do well if he has to go. We’re just …read more