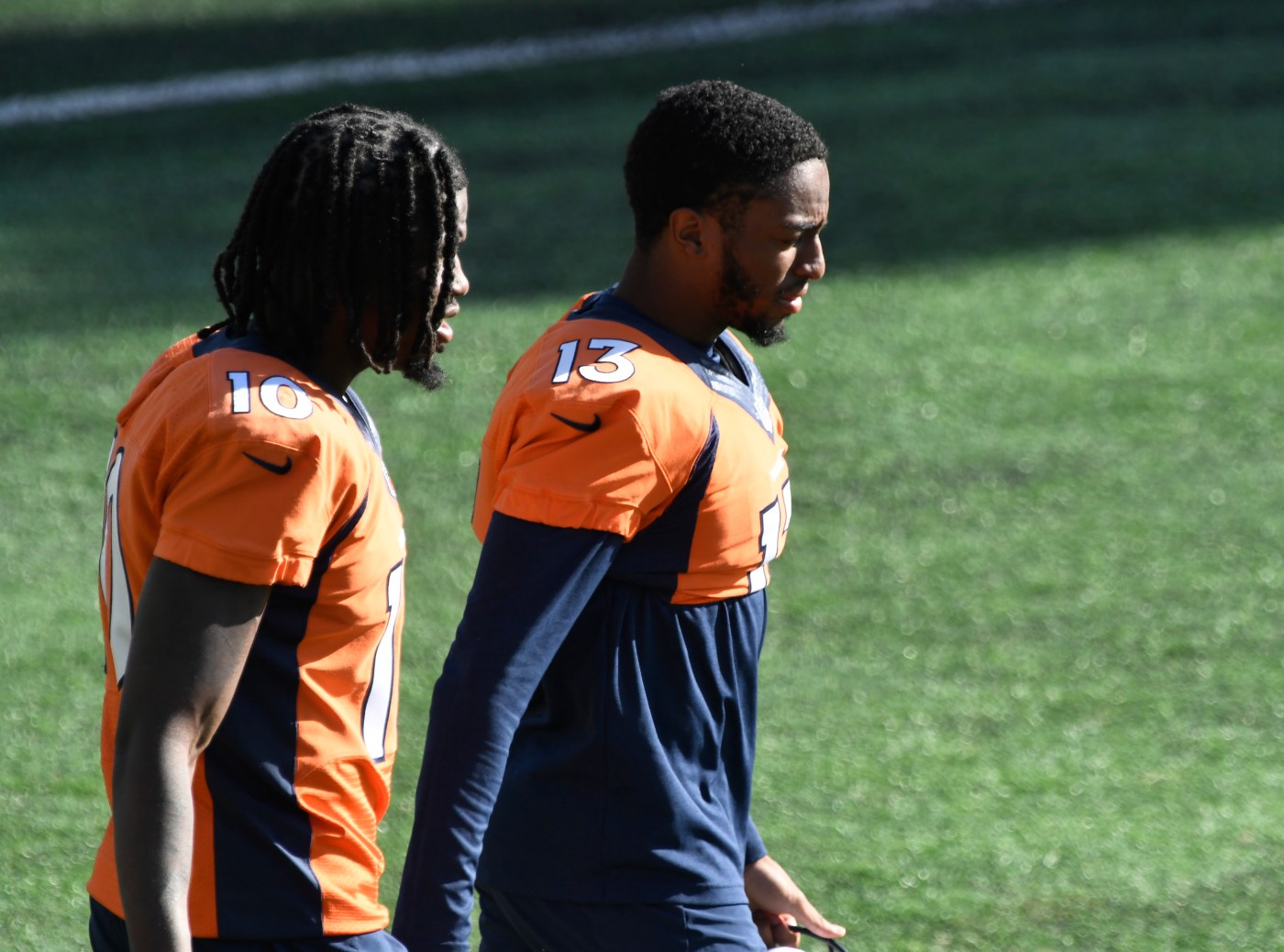 If the Broncos make any changes to their initial 53-man roster Sunday, it won’t include placing a player on injured reserve. In particular, general manager John Elway said rookie receiver KJ Hamler is progressing from his hamstring injury sustained on Aug. 19.

“KJ is going to stay on the active (roster),” Elway said Saturday. “He’s getting close. Hopefully he starts running around this week.”

Open dialogue. Fangio said he plans on meeting with the players every Tuesday during the regular season to discuss the current social climate.

“We’ve had a lot of good talks with the players throughout the last couple months and a few very recently,” he said. “We’ve met with various policemen as a group and we’ve met as a team in big groups and small groups. And we’re going to continue doing that in the season at least once a week.”

Asked about the potential for players to kneel during the anthem, Elway said: “We have talked to them and where I stand is where the Broncos stand — the players can do as they wish when it comes to the anthem. The only thing we ask is that everybody respects everybody for their right to do what they want to do.”

Zaler hired. Fangio said Emily Zaler, who worked for the team in training camp as a part of the Bill Walsh NFL Diversity Coaching Fellowship program, has been hired for the regular season. “She did a really nice job and she’s very knowledgeable and very passionate about the strength and conditioning aspect and we’re happy to have her,” Fangio said.

Footnotes. Justin Hollins, a 2019 fifth-round pick who worked at outside and inside linebacker last year, was among the Broncos’ cuts. “He was the odd man out at this time (at outside linebacker),” Fangio said…. The Broncos elected to keep only three safeties — Justin Simmons, Kareem Jackson and Trey Marshall — after releasing Alijah Holder and P.J. Locke.